Anthem settles its huge 2015 data breach for $115 million, of which it will make $15 million available to reimburse the resulting out-of-pocket expenses of its 19 million customers who were represented in the class group (you can do the per-person math here).

The judge also scolded the plaintiff’s lawyers for excessive billing, awarding them $31 million of the $38 million they billed. The judge previously said she was “deeply disappointed” that the plaintiff’s four leading lawyers brought in an additional 49 law firms and an external review suggested setting their hourly rate at $156 instead of $360, with the judge choosing $240.

The agreement also binds the company to implement better security, including data encryption, that will triple its data security costs for the next three years.

The judge also noted that data breach litigation isn’t yet mature and therefore taking the case to court – which would involve a long, expensive trial in which the laws of all 50 states would need to be studied — could have resulted in the class group getting nothing.

From Inquiring Mimes: “Re: post-discharge contact. We were working with a vendor who said they would contact discharged patients via an automated system to ask a series of yes-no questions that would then notify our care team for prioritizing contact. They achieved almost none of their promises, so we aren’t going live. Do any of your sponsors handle automated calls with patients?” HIStalk sponsors (since the reader specifically asked for my sponsors), please let me know if you can handle this and I’ll pass your contact information along. 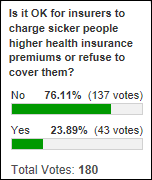 I’m fascinated with responses to my recent polls that looked at health insurance. The great majority of respondents believe that (a) insurance companies shouldn’t use social and lifestyle data to price your policies; (b) people shouldn’t be forced into bankruptcy over medical bills; and (c) from last week’s poll, sicker people shouldn’t pay higher premiums or be denied coverage. Those respondents are apt to be disappointed by the health system we have (or are hurtling toward) since everybody refuses to address the key issue of healthcare costs and instead tries to squeeze their end of the balloon to push the cost problem off onto someone else.

Responses this week included that of Dave, who says enrollees who don’t control their own risks (obesity, smoking, drinking) should pay more. Loss Ratio says insurance can work only if everyone carries it without having their pre-existing conclusions excluded since any of us could be seriously injured or disabled, while Jeremy thinks risk should be priced into premiums like other insurance, no different from homeowners who pay higher premiums to live on the beach. PFS_Guy hopes for Medicare for all with a secondary insurance market to manage out-of-pocket risk, adding that we can choose just two items from the list of price, quality, and service. Inclusive OR also argues for universal coverage since health “insurance” is really not that at all and instead is more of a discount plan. Healthcare Idiot Savant thinks people who make bad health choices should pay more, but worries about the resulting privacy issues, concluding that we need mandatory coverage and to get away from private pay inequities that cause a lot of wasted time and money chasing revenue cycle and other healthcare administrivia.

This week’s poll question: how much impact will result from five big technology companies announcing their support last week for healthcare interoperability? Click the poll’s Comments link after voting to elucidate your thoughts further (beyond just choosing the safe middle option). 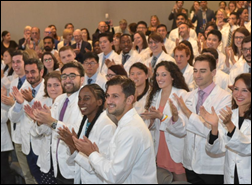 I considered a different poll question – will medical students really flock to lower-paying specialties just because NYU has eliminated medical school tuition? My experience is that people and companies invariably take whatever action pays them the most, so I’m cynical that altruistic med students will happily pass up surgery, cardiology, and dermatology residencies to become PCPs who are endlessly monitored, benchmarked, and regulated away from developing those patient relationships that drew them to primary care in the first place. I’ve known a few people who took lower-paying jobs just for the service and satisfaction aspects while fresh out of school, but not many. 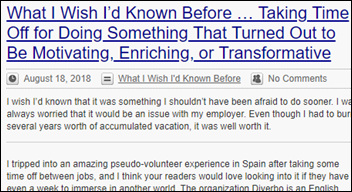 I suppose it’s hiatus time for my “Wish I’d Known Before” series since I can’t seem to cajole people into responding. Check out responses to the final one about taking time off to do something enriching.

HIMSS is tweaking its annual conference dates yet again, I’m reminded when looking something up on the registration site, with HIMSS19 kicking off with pre-conference sessions on Monday, February 11; the opening session will be Tuesday, February 12; and the exhibit hall will be open Tuesday, Wednesday, and Thursday. That’s 1-2 weeks earlier than previous Orlando iterations.

I was thinking that, for the first time, I’m on a version of Windows (10) that gives me nothing to complain about. This is as close to an invisible operating system that I’ve seen, and that includes IOS and Android on mobile devices . 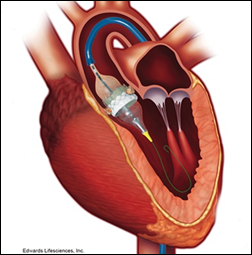 Here’s a “healthcare is really a business” case study. Hospitals are petitioning Medicare to pay all hospitals to perform the TAVR heart value procedure instead of limiting payment to those hospitals that have high cardiac procedure volumes. Interesting facts: 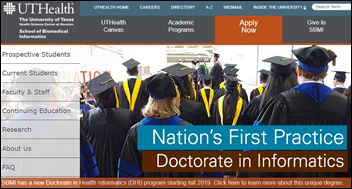 University of Texas Health Science Center at Houston’s School of Biomedical Informatics will offer the country’s first Doctorate in Health Informatics (DHI) degree for working professionals who have executive-level healthcare experience, with the program focusing on solving real-world problems instead of performing a research dissertation. The 63-credit-hour program requires a master’s in health informatics or equivalent. 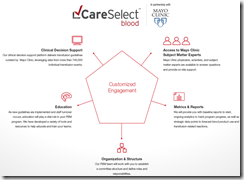 A Cedars-Sinai study finds that failing to use available real-time clinical decision support (Choosing Wisely guidelines presented to clinicians via Stanson Health) was associated with a 7.3 percent increase in encounter cost, a 6.2 percent increase in length of stay, and a higher incidence of readmission and complications. 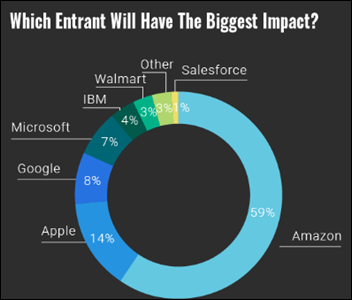 Respondents to a new Reaction Data survey of mostly C-level health system leaders expect the biggest healthcare disruptor to be Amazon, followed by Apple, Google, and Microsoft. Executives asked about emerging technologies say the biggest impact will be caused by telemedicine (mostly for care delivery to rural or remote areas), artificial intelligence, interoperability, and data analytics.

CNBC’s Chrissy Farr catches up with former ED physician Matthew Wetschler, MD, who was profiled as a “holiday miracle” in November 2017 after a surfing accident made him a temporary quadriplegic. He was saved by aggressive, innovative hospital treatment, but the not-so-feelgood part of the story is that he was taken to San Francisco General Hospital, which isn’t in the network of his insurer (Oscar), and he’s on the hook for the portion of the $500K bill that Oscar wouldn’t pay. The hospital turned his bill over to collections, his credit is shot, and he’s getting daily calls demanding that he pay up. His wheelchair was never delivered and he spent months trying to get his rehab approved to start even though he was pre-approved. As Farr says, “his story is the best and worst of the US medical system.” 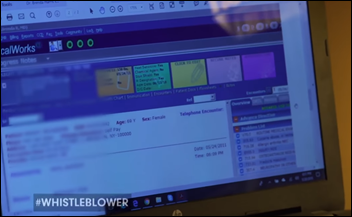 Friday night’s episode of CBS’s “Whistleblower”profiled Brendan Delaney, the former implementation specialist at NYC’s Department of Health and Mental Hygiene who filed a whistleblower lawsuit against EClinicalWorks that the company settled for $155 million in May 2017 (Delaney got $30 million of that). 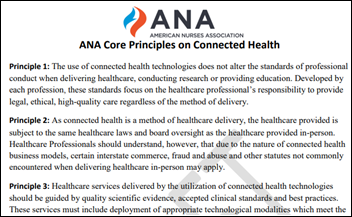 The American Nurses Association seeks public comment by September 10 on its draft “Core Principles of Connected Health.” I don’t have any issues with the content, so I’ll focus proofreading: correct the inconsistent use of commas (especially the Oxford comma); stop saying “utilization” when “usage” is synonymous without being pompous; eliminate the word “current” since it is superfluous; and review incorrect hyphenation (such as “in-person” when not used as an adjective). 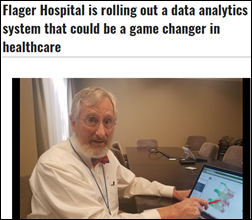 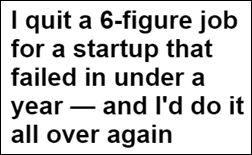 Mike Funderburk, formerly of Charlotte, NC-based benefits app vendor Novarus Healthcare, writes a Business Insider article covering his experience with the company. He took a 50 percent pay cut to join the small startup team in sales, landed a few customers and potential investors after an initial $750,000 investment, but saw the company shut down after less than a year due to lack of revenue. He says it wasn’t hard to return to a corporate job afterward and still urges people to give their dream a shot. The company’s web page and social media accounts remain active, but frozen in time.

Scientific American covers the planned FDA deregulation and ensuing innovation of hearing aids, noting that they: 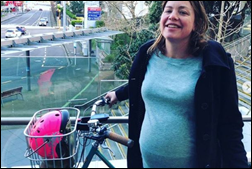 New Zealand’s Minister for Women Anne Genter, an avid cyclist, rides her bike to the hospital to give birth, explaining that there “wasn’t enough room in the car.” 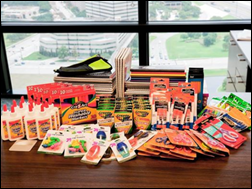