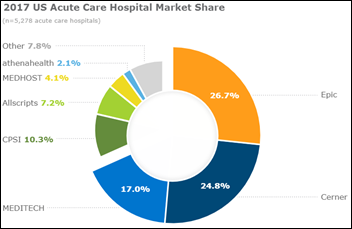 It’s last chance time for this week’s “Wish I’d Known” question. Apparently the number of people willing to complete the form for these questions is considerably lower than those who say they love reading the answers, leading to the possibility that I’ll just allow it to cross the rainbow bridge due to lack of participation.

Epic responds to the Illinois Procurement Board about Cerner’s claim that a conflict of interest was involved in University of Illinois-Chicago’s September 2017 choice of Epic over Cerner. Epic founder and CEO Judy Faulkner said in a May 21 letter forwarded to me by a reader that: 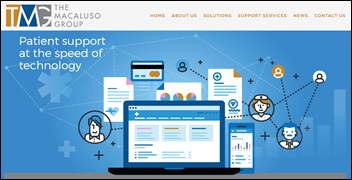 Prescription affordability and adherence solutions vendor ConnectiveRx acquires The Macaluso Group, a tech-enabled prescription benefits company based in Fairfield, NJ. This is the second acquisition for ConnectiveRx, which is also based in New Jersey. It bought competitor Careform in November 2017. 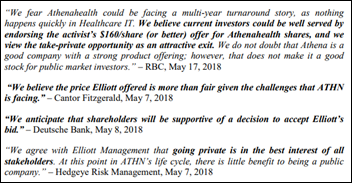 The tit for tat between Athenahealth and Elliott Management continues, with the investment fund sending yet another letter — peppered with quotes from analysts in favor of a sale — pressuring the EHR company to take its buyout offer seriously. Athenahealth reps have fired back with a letter of their own, stressing (testily, if you read between the lines) that they will take their time in reviewing Elliott’s offer. They also made it clear that Elliott’s prior offer was deemed by the board to not be in the best interest of shareholders.

Meditech partners with DrFirst, Imprivata, and Forward Advantage to add e-prescribing for controlled substances to its EHR software.

The Senate passes the VA Mission Act, a $55 billion bill that will give vets more leeway to see private-sector providers, expand family caregiver stipends, and mandate a review of aging facilities. President Trump is expected to sign the bill soon. 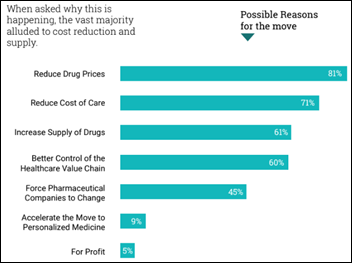 Reaction Data looks at the five big health systems that are starting their own non-profit generic drug manufacturing company in an effort called Project RX. Sixty percent of provider respondents weren’t aware of the project, but 90 percent said customers will flock to it. Drug company respondents were negative, saying the health systems would be better off negotiating more aggressively with existing generic drug manufacturers. Payers are skeptical, predicting that hospitals will just keep whatever cost savings they generate without benefiting patients. 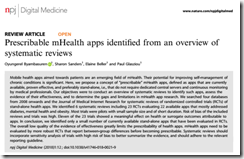 In an effort to separate the wheat from the chaff of the 250,000-plus mobile health apps now available for download, researchers at Bond University in Australia find only 23 published reports on evidence-based app effectiveness, leading them to conclude that just a tiny fraction of the apps are suitable for prescription by a doctor.

Penn Medicine Center for Health Care Innovation reps advocate for adding social media update-like feeds to EHRs to keep better tabs on the status of patients in real time. “We’ve been treating the electronic health record as a communal trough of information that we all have to sift through when we don’t do that in any other part of our lives,” they write. “If you can subscribe to feeds about a football team, why can’t you subscribe to Mrs. Jones in room 328?” 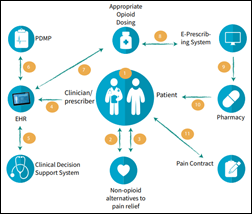 A policy brief from the Network for Excellence in Health Innovation addresses data-based gaps that hinder the treatment of patients with chronic or acute pain. Recommendations for policy makers include:

A Datica survey finds that compliance, security, and privacy are top concerns for hospital CIOs contemplating cloud-based health IT purchases.

In the New Yorker, sociologist Allison Pugh takes issue with findings that show patients are more apt to be truthful about symptoms and concerns when speaking to avatars rather than with live caregivers. While AI may be better than nothing in some cases, she points out that patients will eventually slide into apathy if they don’t receive motivating pushback from human healthcare professionals.