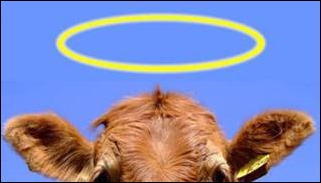 It’s the time of year when many people are attending graduations for family and friends. The medical school where I’ve been an adjunct faculty member held their commencement exercises, putting one more checkmark on a long list of accomplishments for its students.

Although some of them will be pursuing additional degrees such as an MBA, MHA, or JD, others will be getting ready to receive their first physician paycheck in a few short weeks. Even though they’re officially receiving a paycheck and are finally called “doctor,” there is still much to learn. Residency is completely immersive learning. Regardless of whether you have work hour restrictions or not, whether you get days off or not, or whether the IRS classifies you as a student or an employee, this is where the real work of “becoming a physician” begins.

Similarly, residents who are already in training programs have been taking in-training exams, licensure exams, and completing the requirements that will allow them to be promoted to the next year of training. Traditionally, everyone moves forward on July 1 unless residents have taken time off or there have been other sidetracks to their educational program.

I’ve had the privilege of working with some great students and residents over the last several years, and enjoy continuing as a mentor as they move on in their careers. Over the last two years, I’ve been working with a young woman who I can only describe as a firecracker. She has an uncanny knack for seeing how processes can be improved and galvanizing people around her to make positive change. When her program sent interns onto the wards without the guidance and direction they needed to be successful, she and her intern peers created a “New Intern Survival Guide” to help the intern class that would follow them. They worked to incorporate opportunities for non-traditional rotations (such as clinical informatics and behavioral analytics) for the hospital’s graduate medical education program. They worked with other residents to lobby their program director and the head of resident education for better family leave arrangements and more flexible ways to maintain their own humanity during grueling years of training.

She’s finishing her second year of residency and getting ready to begin her job hunt in earnest so that she’s ready to roll when her training is done in 13 months. If I was still in traditional practice, I would hire her in a second. She’s a quick learner and loves the data-driven approach to clinical care. She also makes a mean martini.

I was surprised when she called me in tears after receiving a recent evaluation from a member of her residency program’s faculty. Like many other types of high-performing students, to a resident seeking competitive opportunities, grades and evaluations are everything. She’s been a straight-A student her entire career, graduated from medical school at the top of her class, and is being considered for selection as chief resident. After receiving her recent evaluation, however, she was in a state of questioning everything about herself and her performance.

Residents in the program are graded across a variety of disciplines on a scale of 1 to 5, ranging from “remediation required” at the low end to “satisfactory” in the middle and “exemplary” at the top. She’s had nearly all fives during her time in the program, so was completely dumbfounded to receive an evaluation that ranked her “satisfactory” across the board. Even more upsetting to her was the sheer lack of narrative feedback from her evaluator. There were no recommendations for what she could do better, what she should work on to improve her fund of knowledge, any gaps in patient care that could be addressed, or anything else actionable. The entirety of the feedback given to her for a four-week rotation on her own program’s family medicine service was “frequently seems dissatisfied.”

I know the faculty member who evaluated her. He has a reputation for not liking change and for wanting to preserve medical education as it was when he went through residency 30 years ago. I asked the resident if she had perhaps ruffled any of this faculty member’s feathers in her or her classmates’ work to move the program forward. She did recall a discussion about the sports medicine rotations, where the faculty member in question was the department advisor. She and her peers had asked about being able to do rotations with sports medicine physicians other than him and were denied. They escalated it to the graduate medical education committee, as there was an opportunity for several of them to work with a sports medicine group that serves a local professional sports team. They were again denied because they couldn’t get the faculty member to sign off on it.

Having seen this young physician in action, I can’t imagine that her performance had somehow slacked off on this rotation or that she had completely changed her way of doing things. I can’t imagine that she delivered anything less than topnotch patient care to the best of her ability, and with compassion and understanding for patients and their families. But somehow, she had gone from “exemplary” to merely “satisfactory” with no tangible feedback she could use to improve herself.

I advised her to make an appointment with her program director to discuss it, and if nothing else, to request a meeting with the evaluator and the program director together so that she could receive formal feedback other than the three words she was given. I didn’t say it, but it sounded to me like retaliation for too much perceived boat-rocking. I encouraged her to seek feedback from other faculty she worked with on the rotation but who were not her named evaluator, as well as other members of the care team such as nurses, therapists, and consultants. I’m confident that having feedback from those other constituencies will help counter some of the psychological damage that this single evaluation was bringing her.

In reflecting on her call, I couldn’t help but think about similar situations I continue to encounter in healthcare. Healthcare providers are immersed in a culture of safety, yet can be questioned when they ask for a time-out if it negatively impacts the surgery schedule or how quickly patients can be moved through the process. We’re asked to be in cycles of continuous quality improvement for our patients, yet those who question bureaucracy may be labeled as “disruptive” or the nebulous “not a team player.” Those who believe we should have less-toxic educational programs are said to have “gotten soft” or they may be “giving in to the snowflakes.”

There are countless sacred cows out there that are protected at all costs and institutions that seem to be preserved only for the sake of tradition. As healthcare leaders, we should be able to do better. The care of our patients and the future of healthcare depends on it.

What’s the biggest sacred cow in your organization? Leave a comment or email me.