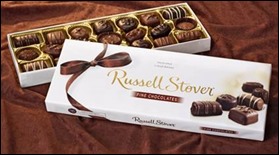 I spent a good part of last week trying to help a client sort out their strategy for Patient-Centered Medical Home. The client is a mid- to large-sized multispecialty group, which started as a mostly primary care group that was forced to take on specialists as it acquired smaller multispecialty groups. They didn’t really think much about having to integrate the specialist documentation with the primary care documentation until they decided to enter into some risk-sharing contracts. They’re also trying to attest for just about every incentive program out there, including smaller, payer-centric contract bonuses, and trying to navigate from the older NCQA Patient-Centered Medical Home requirements to the redesigned program and are really struggling.

Their EHR vendor supports both primary care and specialty workflows, which are often siloed because of how the content was developed. For example, there’s a completely separate “urgent care module” that some of the primary care physicians have taken to using for the half days when they are assigned to see only acute patients. They like the separate module because the documentation is faster and easier than what they typically do for “regular” primary care patients, but the problem is that the data doesn’t always flow to the same tables used by the rest of the documentation screens. This is creating a problem with their Patient-Centered Medical Home reports, which were custom built by a third party that didn’t know the application and so only designed them to use data from a single workflow.

This isn’t the first EHR I’ve seen that works like this, with different pieces being built at different times and not being fully integrated with the rest of the application. In addition to the urgent care workflow, there are separate streams for documenting OB/GYN and GI procedures that account for integration with different ultrasound and imaging devices. This is frustrating to the client as well, since of course the supported devices aren’t the ones they use in their clinic. When they talked to the vendor about it, they were told that the specialty flows were built as contractual requirements for specific clients. When vendors enter into those kinds of agreements, it’s more likely to result in workflows that don’t necessarily meet the needs of the entire client base, but work well for a unique client.

As we began to dig deeper into the needs for Patient-Centered Medical Home, it became evident that the client had entered into some agreements that were going to cause challenges for designing an ideal documentation path. They recently agreed to work with embedded care managers from insurance companies, who will be documenting in two separate systems depending on the insurance coverage of patients selected for the care coordination program. The IT team decided that they would bring the documentation from those systems back into the client EHR as a PDF, which would then be inserted into the document management system. Of course, that means no discrete data and no availability for the Patient-Centered Medical Home reports to make use of the information that represents the work that has been performed.

Situations like this always lead to discussions of governance and a need for greater understanding of how this client’s situation evolved to put them in this place. The chief medical officer is apparently the one pushing the Patient-Centered Medical Home agenda, but the director of nursing lobbied the group to engage in the embedded care management programs. The nursing side of the house saw participation in the program as a way to get some flex on staffing since they were struggling with care management services, but didn’t understand the ramifications of having those coordinators documenting outside the EHR. To their credit, nursing worked with the IT team to make sure the patient contacts made through that program were represented in the EHR and IT found a relatively easy solution, but neither of those groups understood the impact on PCMH.

The CMO didn’t do a great job helping the rest of the team understand what was going on with Patient-Centered Medical Home and its requirements or that they were having customized reports created to meet those needs. IT wasn’t involved with the creation of the reports since the CMO outsourced them at a time when he perceived the IT team to be too busy implementing newly-acquired practices. And while the third party that built the reports did a great job creating really nice reports, they didn’t understand how the different specialties work together and just built what the CMO had described in a broad-strokes overview. It’s one of those situations where they built exactly what was requested but didn’t know that the request wasn’t completely formulated. As a result, IT is doing a lot of finger-pointing at the third party, which is defensive and doesn’t understand why their beautiful reports are being questioned.

The other wild card here is the group’s understanding of the redesigned Patient-Centered Medical Home program. They’re trying to make the transition from being at a low level of recognition under the previous program to being more robust participants in the new program, but haven’t identified sufficient resources to learn the new requirements and figure out how to mesh them together with what the group needs. They brought me in specifically to deal with the new requirements, but as is common with organizations like this that are trying to dive into many different pools at the same time, we’re peeling back the layers and finding out there are many more issues that need to be addressed.

My task for this week is to bring together the administrators and to lay out the various initiatives and how they interact and/or compete. The goal is to get them to prioritize which programs they want to lead with, along with getting them to all start moving in the same direction. No one has infinite resources and they’re not likely to be successful if they continue to try to do all of this at the same time and all of it in a way that is under-resourced and doesn’t really fit in with a long-term strategy.

Although it sounds easy to lock everyone in a room and lay things out, I’ll be particularly challenged by the fact that this group just came out of their annual strategic planning retreat and thinks they have a master plan and a strategy. Either these items weren’t discussed at the retreat (which I’d say makes it less than strategic) or they weren’t discussed in a way that had meaning for everyone and led to actionable decisions.

Sometimes these conversations can turn towards the consultant with a bit of hostility or there can be a lot of finger-pointing, so I’m readying my strategies to try to wrangle this meeting. I haven’t been working with them long enough to know if they’re open to some give and take, or it’s going to be a turf battle, or I’ll end up the bad guy. Consulting is like a box of chocolates – you never know what you’re going to get.

How does your organization prioritize initiatives? Leave a comment or email me.