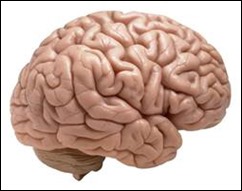 I receive quite a few requests from readers wanting to pick my brain about various topics. This week brought questions about Apple’s new Health Records. There are concerns that patients can change or hide information, which makes them less reliable should patients want to show them to physicians. A reader asked what I thought about it.

Frankly, hiding or changing information is nothing new. Patient-provided medical records of the past (mostly from memory) can have dramatically variable reliability. Sometimes people don’t remember a procedure or lab they’ve had done or don’t think a piece of their history is relevant. Other times patients intentionally alter the facts, leaving out details that they think might negatively impact their interaction with the physician or that might make it into records for potential release.

One of the best examples of this is asking patients about their alcohol intake. In medical school, we often joked about the rule that whatever the patient says should be doubled. The advent of EHR documentation has forced our questions to be much more detailed, so it’s difficult to tell whether that still holds true.

Does asking for more detailed information make the data more reliable? Do patients just round down because they’re tired of answering so many detailed questions? I would be interesting to study, although I don’t see such an exercise being funded any time soon. Patients also tend to intentionally leave out other confidential information such as sexual history, drug use, incarceration, and more. This happened in the paper world, and whether it’s worse in the digital world or not remains to be seen.

Then there are situations where patients might want to remove information because it’s inaccurate. I’ve had it happen to me, where an erroneous diagnosis was entered into my chart. Once that happens, it becomes nearly impossible to remove it. I’m surprised by how many ambulatory organizations don’t have good records correction policies. As long as an audit trail exists, erroneous information that hasn’t been acted upon should be able to be removed from the chart in a way that it doesn’t continue to haunt the patient. Of course, it’s a different story of the erroneous information has been acted upon, and it might need to remain in the chart in a modified fashion to document a decision process or an adverse event.

In many instances, a patient-curated chart might be more accurate than some of what we inherit from other physicians, especially if the patient is engaged and has a high degree of health literacy.

In short, I don’t think the fact that Apple will let people edit their records is a big deal. I personally don’t see the app getting a huge amount of traction, but we’ll have to see what the coming months bring once people start downloading and using it.

Another reader wanted to pick my brain about why I still attend HIMSS. As the cost of attending continues to rise, it’s something I weigh each year. So far, the benefits continue to outweigh negatives, and as long as they do, I’ll likely attend. What do I find beneficial?

I have to admit, I have a love/hate relationship with the exhibit hall, though. The excess makes me nauseated, as do the reps that can’t engage and the companies that think prospects aren’t smart enough to figure out that they’re showing vaporware. I’m tired of the luxury cars, jet skis, and Vespas, yet I’m entertained by the magician. For someone who spends most of their day being cool, collected, and logical, the fact that it’s so overwhelmingly overdone makes me think in a different way. And then there’s the scones — can’t forget those for putting a smile on your face.

I also have a bit of a love/hate relationship with the parties and social activities, of course with the exception of the late HIStalkapalooza. I enjoy the networking and meeting new people and learning what’s going on elsewhere in the industry, but attending both as me and as my alter ego can be tricky. I think the kind of event that a company throws says a lot about their strategy and how they see themselves, as well as how they’re trying to position their products. Are they the wild and crazy party guys? Are they the quiet trip to the symphony? Are they the people that invite you and then un-invite you? If the latter happens, that’s a huge red flag for a company you do not want to do business with.

I do love some of the social media meet-ups, even though I attend incognito. It’s good to talk with people who face some of the same challenges that I face in writing every week and trying to keep things fresh in an industry that sometimes feels like it has a deadly undertow. There’s no one in my real life that I can talk to about blogging or how to navigate the industry.

Last but not least, HIMSS is the one time of year I get to see my HIStalk family. What we do is usually a solitary activity, so it’s great to be able to spend time together and get to know each other as people rather than just lobbing columns and articles and “hey, did you see this?” messages back and forth.

I’d like to see HIMSS dial it down a little and work on providing a better value proposition for more attendees, but I’m not too hopeful that they’re going to change the recipe (or the venues, for that matter, since we’re likely permanently locked into the Las Vegas-to-Orlando death march).

Now that my brain has been thoroughly picked, let’s hear from some readers. Why do you attend or not attend HIMSS? Leave a comment or email me.