ONC publishes a draft of its Trusted Exchange Framework as directed by Congress in the 21st Century Cures Act.

ONC hopes to create “a single on-ramp to interoperability for all.” Click the graphic to enlarge.

The public comment period is open through February 18. ONC expects to publish the final version late this year. 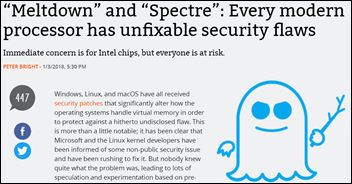 From Chip McFlaude: “Re: Meltdown and Spectre CPU bug. The software patch will likely degrade performance on all IT systems. We’re waiting for benchmarks from Epic.” The near-certain performance hit that the patch will cause – and the possible need to add computing horsepower to offset it – is something providers and vendors should be paying attention to. Application of the patch isn’t optional even if hardware upgrades can’t be done first. Needless to say (hopefully, anyway), health systems need to apply the patch to every computing device – smartphones, desktops, servers, etc. — now that the flaw’s existence has been globally publicized and malware authors are rushing their new releases to market.

From Just Another Healthtech Insider: “Re: KLAS. I founded a very successful health IT consulting firm that was always highly ranked in KLAS, but we never made the official list because we refused to pay KLAS for consulting services to be moved up from ‘not statistically relevant.’ Healthcare organizations rely on this information not realizing that moving up on the list may involve paying KLAS for their advice on how to rank higher. It may well be that KLAS helps vendors improve in general to also improve their scores specifically and that’s OK, although mixing vendor consulting with vendor ranking will always create suspicion, justified or otherwise. But has been observed many times, KLAS isn’t exactly either Consumer Reports or Black Book in transparently selling statistically validated customer reports that were collected on a large scale via transparent methods. Whether KLAS has a high impact on purchasing decisions or not, the possibility that it might has created an ever-expanding , KLAS-enriching vendor demand and relationships that are far from arm’s length. I don’t expect KLAS to ever publicly list how much it is paid annually by each vendor it ranks, but they fact that they’re paid at all serves as a reminder that it’s a consulting firm, not an influence-free industry watchdog. Unfortunately, the steps KLAS would need to take to achieve the latter would destroy its lucrative business model, so you either accept them as-is or not.

From Press Hangry: “Re: public relations firms. Our company needs PR services and would be interested in your recommendations, from boutique firms to larger ones.” I don’t have a good company-facing view of who does what, but PR folks are welcome to complete this form about their firms and I’ll forward the information to those companies that occasionally ask for help. 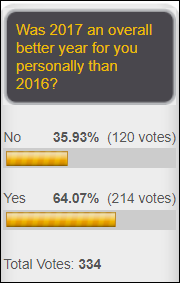 Most poll respondents say their 2017 was better than 2016, although commenters reported that they experienced personal illness, loss of family members, and concerns about the country’s direction.

New poll to your right or here: what makes a newly filed lawsuit newsworthy? My opinion is that accusations mean zero until a jury weighs the evidence and renders a verdict, but that’s just me not wanting to waste time on the vast majority of lawsuits that don’t result in a decisive victory either way.

HIMSS18 is just eight weeks away. Like every year, I’m getting a lot of post-New Year’s Day sponsorship information requests and new sponsors who are anxious to get started. I greatly appreciate the interest and the support. Lorre will be thrilled to get on a call to make it happen before March when we’re all hearing slot machines 24×7. 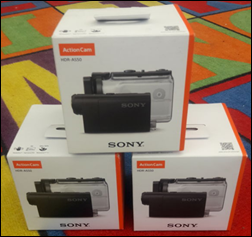 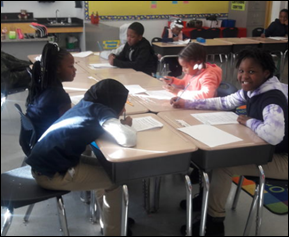 We provided three video cameras for Mrs. S’s third grade class in Pennsylvania in fully funding her DonorsChoose grant request to enrich her scientific methods unit. She reports, “My students are already planning out the science experiments that they want to conduct at home and record. There are so many possibilities of things to record and fun lessons to do with these video cameras!”

The price of the world’s best-selling drug, Humira, has doubled in the past five years to $38,000 per year and accounts for two-thirds of its manufacturer’s $26 billion in annual revenue. It costs multiples more in the US than in the rest of the world and so far the company has done a good job squelching competing biosimilars. 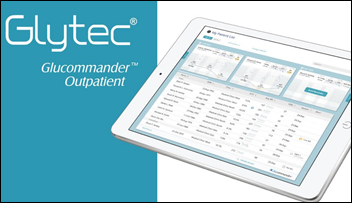 Glytec’s software-as-a-medical-device for outpatient insulin titration earns a US patent.

VA Secretary David Shulkin says in an interview that the VA has held off signing a contract with Cerner because the company’s definition of interoperability includes only the exchange of CCDAs, adding that, “To say it wasn’t a good meeting would be an understatement.” I doubt it was a intended as a shrewd VA contracting strategy to announce Cerner as its no-bid EHR vendor and then drag the publicly traded company along until it agrees to the VA’s terms under the threat of killing the golden goose, but at least the VA didn’t sign first and ask questions later as they seemed desperate to do just a few weeks ago. Having VA and DoD both using Cerner is not a guarantee of interoperability, but the bigger challenge might be connecting the VA to its many community-based providers, who use every EHR on the market. Going live without that capability when spending $10 billion or more is ludicrous. This is the first evidence I’ve seen that the VA might be listening to skeptical members of Congress instead of its White House selection committee who displayed questionable expertise in declaring Cerner the only viable choice. You have to wonder if Cerner could wangle out of the scrutiny more easily if they were working with a big government contractor used to making problems go away. 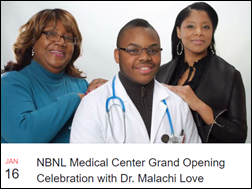 An 18-year-old who pretended to be a doctor – running his own clinical and urgent care and strolling hospital halls in a white coat – is sentenced to 3 1/2 years in prison after pleading guilty to charges that also include stealing $35,000 from an 86-year-old “patient.” The fantastically named Malachi Love seems indignant that he was caught: “I’m just a young black guy who opened up a practice who is trying to do some good in the community. If that is a negative thing, we have a lot more work to do in the community than to single out me … Just because someone has the title doctor in front of their name does not necessarily imply MD.”