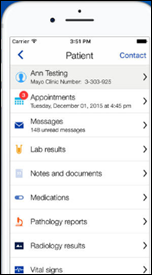 A Mayo Clinic Jacksonville study finds that only around 20 percent of inpatients who had previously registered for its patient portal actually used it during their stay, concluding that inpatient portal use probably doesn’t improve outcomes.

Mayo’s portal provides a real-time view of lab results, admission notes, consultation reports, and operative notes. It does not, however, give patients access to progress notes or provide electronic messaging with care teams, which might help explain why they didn’t bother to log on (or the fact that they were busy being sick). There’s also the question of whether Mayo’s inpatients are representative of the populations of other health systems.

It may also be that staff communication there was good enough that patients didn’t have to chase down news about themselves on the portal.

What I would want in an inpatient portal, or more specifically, a custom app running on a tablet:

From Glory Basking: “Re: solutions, platforms, systems, applications. What’s the difference?” You would need to ask the marketing folks who love these terms and use them interchangeably. I remember an insistent email from a company’s marketing VP who was appalled that I had described its programmer utility (not the VP) as a “tool” instead of its preferred, overarching “platform.” That made me think of old-school techies would reference “a piece of software” — which was odd indeed since software is neither physical or divisible – or when an IBMer urged me in my short time as a vendor employee to always refer to our software as “solutions”or the even more grandiose “solution set” because it lulls the prospect into overlooking its many faults in picturing it as a reliable problem-solving appliance activated by writing a large check.

From Spinnaker: “Re: health IT podcasts. Which ones do you recommend?” I’ve never listened to any podcast – health IT or otherwise – but readers are welcome to make a recommendation. I would much rather skim the news visually for a minute or two (like on HIStalk) than sit through a real-time audio recording whose pacing I can’t control, but then again my attention span is so short that when I listen to the car radio (which isn’t often), I usually leave it on scan.

From Festivus: “Re: more EHR vendor lawsuits. See link.” Newly filed lawsuits are fun to write about, but I’ve mostly stopped because you’re just hearing one side of the story. Anybody can sue anyone for any reason in the good old United States of Litigious Peoples, so it’s journalistically lazy to write about a newly filed lawsuit as though it contains verified facts. Wait for the outcome – that’s the actual news.

From Thank You: “Re: HIStalk. It’s critical to my job and so valuable. I just wanted to drop a note and say thank you for all the hard work and effort you put into maintaining it and keeping the content fresh!” Thanks. I don’t have any time-suck hobbies other than starting with an empty screen and filling it up the best I can, so this is my golf or Facebooking. 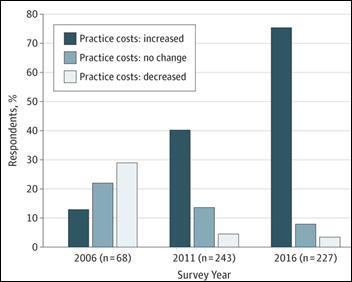 From Spam in a Can: “Re: EHRs. Epic’s ‘we make you more money’ claims are erroneous, if not disingenuous, according to this journal article.” I’m not sure it says that. A JAMA Ophthalmology article recaps a survey of ophthalmologists about EHR use. My takeaways: 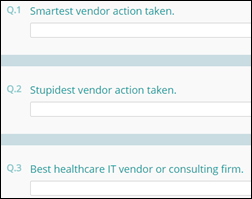 The frantic Post-New Year’s, pre-HIMSS housekeeping is underway. Sponsors who want to be featured in my HIMSS guide will be receiving a link to the data collection form (anxious ones can contact Lorre). It’s also time to open the HISsies nominations, recalling that it’s like a political primary – the candidates with the most votes will appear for voting on the final ballot, so don’t complain later if you don’t nominate now. 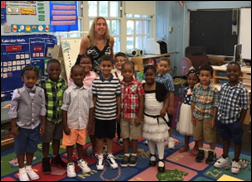 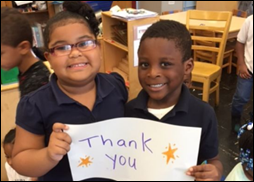 Ms. M’s pre-K class in New York City received the science kits that HIStalk readers provided in funding her DonorsChoose teacher grant request. She reports, “We have been talking about volcanoes for the past few weeks. Many of the children didn’t even know what a volcano was. We are excited to start using these items within the next few weeks. You have made a tremendous impact on our class. Happy New Year.”

Listening: Garner, NC-based Sarah Shook & the Disarmers, a rare glimpse at what country music could be if devotees would stop throwing money at (a) throaty, big-city pretty boys inexplicably wearing cowboy hats indoors, and (b) privileged, bespangled warblers hiding their shiny pop ambitions behind a faux front of populism. This band is classic country meets sneering punk, unpolished and and full of hard-life experience, which is what country music used to be before big corporations took it over with harmless mannequins who would flee the studio in confusion if confronted with an actual pedal steel guitar or upright bass. I like that Sarah is an angry activist who chose as her band mates experienced (meaning: kind of old) musicians who really round out the sound. 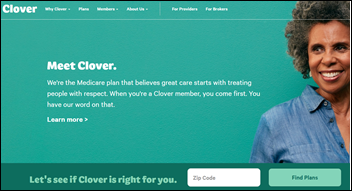 VC-backed, four-state Medicare Advantage insurer Clover Health is not only losing money, failing to negotiate lower-cost provider contracts, and leaving patients on the hook for bills it won’t pay, it is also struggling with its highly-touted analytics technology. A bug in its algorithm that was supposed to rank members from sickest to healthiest for outreach calls had reversed the order with nobody noticing for several months, wasting the time of reps who called its healthiest customers first in chasing the high-hanging fruit. 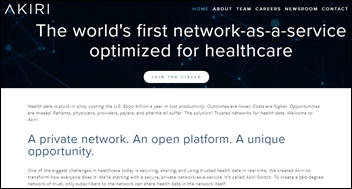 AMA-backed Akiri, which offers a secure subscriber data transport network for healthcare, raises $10 million in a Series A funding round. 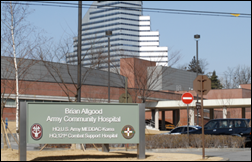 The US Army expands its use of Vocera communications technology, adding a new hospital and expanding the rollout of two others. 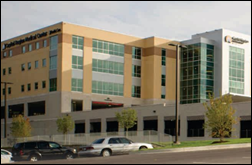 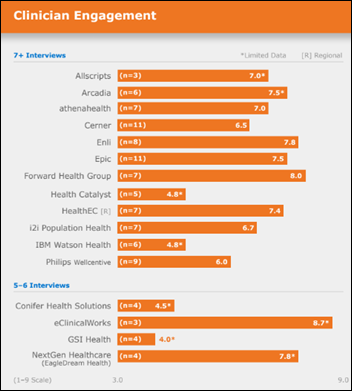 HIMSS adds VA Secretary David Shulkin to a Friday morning session at HIMSS18 called “It Takes a Community – Delivering 21st Century Coordinated Care for Those In and Out of Uniform” that also features Defense Health Agency Director Vice-Admiral Raquel Bono. I assume the VA will have signed its Cerner contract by then, but you never know. I noticed that HIMSS will also need to change the title of fellow keynoter Eric Schmidt, whose credential as executive chairman of Google parent Alphabet will end at company’s board meeting this month when he assumes the less-keynoterly title of “technical advisor.”

A fascinating article by oncologist and author Siddhartha Mukherjee, DPhil, MD describes “the dying algorithm,” a 2016 Stanford project that mined EHR data retrospectively to create a deep neural network that could accurately predict whether a given patient would die within the next year. Interestingly, the algorithm works well but remains a black box because it’s not easy to figure out what it learned or how it applies its information to individual cases. It’s also interesting that despite sounding coldly high tech, the algorithm was developed with a nobler, more humane purpose – to identify terminally ill patients within the 3-12 month survival “sweet spot” in which palliative care is most effective in not wasting resources too early, but allowing patients enough time to settle their affairs. 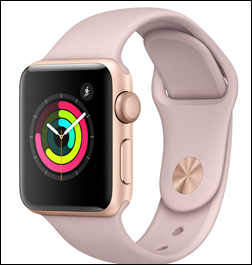 New versions of the cell-enabled Apple Watch are randomly rebooting in hospitals, apparently affected – as its documentation acknowledges is possible – by pacemakers, defibrillators, and other medical equipment. Users report that switching the watch to airplane mode while in the ICU prevents rebooting.

I enjoyed this video from Brad Nieder, MD, a practicing doctor and comedian whose “The Health Humorist” website invites folks to, “Put on a paper dress. Grab a magazine from 1987. This won’t hurt a bit!”