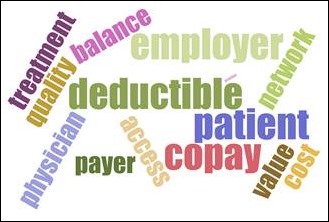 A new survey from the University of Utah looks at how different healthcare stakeholders define value by querying physicians, employers, and patients. Working with Leavitt Partners, they’ve assessed how those groups view quality, cost, and service. I’m not surprised by the findings that nearly 90 percent of physicians equate quality and value, since we’ve had the importance of quality metrics drummed into us for years.

The survey found that employers focus more on cost and patients are most often looking at whether out-of-pocket costs are affordable. That’s not to say that physicians don’t consider cost – it found that more than 75 percent of us consider cost when they make treatment decisions. Unfortunately, we don’t always have an idea of what some of the procedures or medications we recommend might be billed at, let alone how 20 or 30 different payers are going to handle them and where a given patient is on his or her out-of-pocket or deductible limit.

I ran into this recently when trying to have new orthotics made. I know my insurance doesn’t cover them, so wanted to wait until January to order them when I have cash in my flexible spending account again. The physician swore my payer had changed its plan, not realizing that even though I have Big Payer’s name on my card, that I’m part of a self-insured group that uses the network but has a number of carve-outs. Needless to say, they now have my measurements on file, but I’ll be calling back in January to put the order through. They also insisted on charging me a co-pay even though I had documentation that I had met my out-of-pocket maximum this year and no longer needed to pay it, but that’s another story. 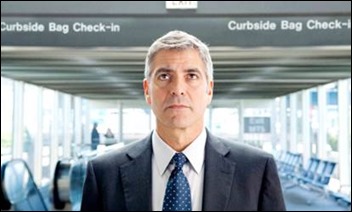 Road warriors beware: the New York Times ran a piece last week looking at the health problems of frequent travelers. It’s not just colds and jet lag any more, but obesity, high blood pressure, and more that we have to worry about. The article mentions a 2015 Harvard Business Review article that looked at frequent business travel as a cause of early aging and increased risk for cardiovascular events with more than 70 percent of business travelers reporting unhealthy lifestyle symptoms such as stress, mood issues, digestive problems, lack of exercise, and excess drinking. I’ve seen plenty of the latter in other business travelers, including a consultant who no longer does work for me due to his submission of a lunch receipt that contained four martinis while he was on site with a client. 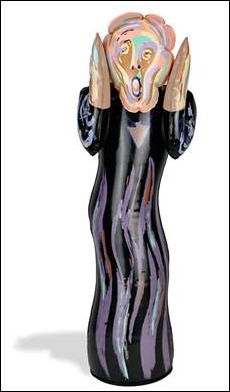 One of the benefits of working for yourself is making your own schedule. Of course, that schedule is largely driven by the needs of my clients. I’m generally able to accommodate them, but this year I made the tail end of November and all of December a “no fly zone” in an attempt to stay home for longer than two weeks in a row. I’ve been successful, but the consulting karma has caught up with me as I’ve been inundated by clients expecting me to pull a rabbit out of the hat at the end of the year. Usually these requests are around things such as HIPAA Security Risk Assessments, when organizations realize that either they didn’t know they had to do one, they knew they had to do one but just didn’t, or the person who normally does it has left the practice. I subcontract with two vendors who are willing to handle these folks well into the eleventh hour, so I can’t complain.

This year’s end-of-year rush brought me a couple of twists. The first was a client who has decided they need to stand up a Health Information Exchange “or something like it” by the end of the year to comply with the requirements of a grant that they’ve already spent on other things. Of course, they want this done cheaply and quickly, but don’t have any resources to do it and aren’t familiar with their vendor’s current solution offerings. We spent several hours on the phone discussing the options, including secure messaging, which would be slam dunk given their vendor’s built-in workflows. They came back with the traditional excuse that their practice is so different from anyone else’s that they couldn’t possibly make that happen with the prescribed workflow. We discussed other solutions that would cost much more money and be more risky from a timeline perspective, and in the end, they couldn’t make a decision because one of the key stakeholders is out of the office for the next week. But when he comes back, they want to start immediately even though no one has his proxy or signatory authority for a contract.

The second twist was a potential client who hadn’t looked at their quality metric tracking reports for several months following the departure of a key employee. They didn’t fully understand what her role and responsibilities were, and everyone assumed that someone else was picking up the reporting. Now that they’re in the bottom part of the year, they have run the reports and the performance of several physicians is well below the benchmark. The practice determined that several workflows were in error and were shopping around to see if someone would help them modify the database to “correct” the erroneous workflows. I feel their pain, but I’m not one to putter around in someone’s database, especially where an attestation is on the line, so I took a pass.

The next twist was a rescue mission for a new client who recently upgraded their EHR. Despite warnings to the contrary, they elected to retire 100 percent of their custom workflows in favor of out-of-the-box functionality. They failed to perform any kind of user acceptance testing and didn’t require the providers to attend training, so when Monday morning arrived, it was a total calamity. They were initially looking for someone who would revert their database to pre-upgrade shape, but since they had three days of partial patient documentation in the system, that was a no-go.

I martialed some consultants and a couple of trainers to join me in an after-hours training marathon, where we tried to get the providers up to speed before Thursday hit. I’ll be in command center mode all day Thursday and Friday, so wish me luck. The staffers I brought in are delighted to have the extra hours and bonus pay in the weeks before Christmas, but I’m exhausted, and if I have to listen to one more physician complain that they hate the upgrade but they didn’t go to training, I’ll scream. On the bright side, they had already committed to some extensive governance and change leadership work starting after the first of the year, so I know I’ll have a receptive audience if they’re still standing after this week.

Seeing any end of the year madness at your workplace? Leave a comment or email me.