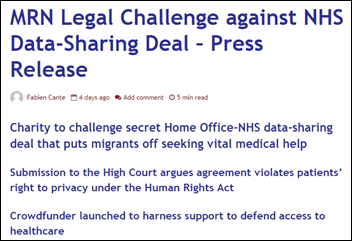 The Home Office has made 8,000 data requests so far this year, using NHS patient information to target 6,000 people.

New regulations also require hospitals to check a patient’s ID and to verify their ability to pay for services.

Migrants’ Rights Network says the data-sharing agreement violates privacy guaranteed by the Human Rights Act, does not justify breaching the doctor-patient relationship, leaves migrants too scared to access healthcare services, and discriminates against non-citizens. Their challenge is supported by Kingsley Manning, former chair of NHS Digital. 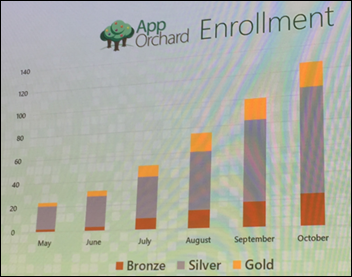 From Jonathan Baran: “Re: Epic. This past week in Madison, Epic held its first App Orchard Conference and it was a great start to the program. The audience was approximately 300 people, split between  health systems and third-party app companies. Epic has been criticized for being ‘closed,’ but based on my experience this past week, Epic was the opposite. As an app company on the App Orchard, we had access to developers, our own technical service representative to answer any questions (similar to customers), and their roadmap spoke to us getting continued support.” Jonathan is co-founder and CEO of Healthfinch. Another reader who provided the graphic above said Epic announced an “FHIR First” strategy.

From LobbyWin: “Re: UnitedHealth Group. Lobbyists may have convinced the Department of Justice to drop the whistle-blower lawsuit claiming that it bilked Medicare of billions. Their DC team was able to score a similar victory with the previous administration’s DOJ.” A federal judge dismissed the Justice Department’s lawsuit in mid-October and the DOJ has elected not to re-file its complaint, which involved up-coding Medicare Advantage claims.

From Informatician: “Re: Craig Venter’s Human Longevity. Didn’t see this on HIStalk (or anywhere else), but on November 1 the company laid off its chief medical officer and his entire department of at least 15, which includes physician informaticists. The chief scientific officer is leaving as well (voluntarily?) The Health Nucleus thing is in trouble.” Unverified. The San Diego company, which has raised $300 million, offers Health Nucleus X, which collects data from whole genome sequencing, MRI, microbiome sequencing, and other tests that claim to allow consumers to “stay ahead of aging and illness.” The bio page of Chief Medical Officer Brad Perkins has been removed from the company’s website although his LinkedIn profile remains unchanged. The cached version of the executive webpage from June 2017 shows that eight of the 18 names listed aren’t included on the current version of the page.

Around half of poll respondents have donated money to a hospital or health system.

New poll to your right or here: should the federal government review AMA’s licensing of CPT procedure codes as a possible monopoly? Vote and then click the poll’s Comments link to weigh in.

NantHealth announces Q3 results: revenue up 5 percent, EPS –$0.20 vs. –$0.22, beating earnings expectations but falling short on revenue. The company said in the earnings call that its previous sale of its provider / patient engagement solutions to Allscripts will reduce annual operating losses by $50 million. 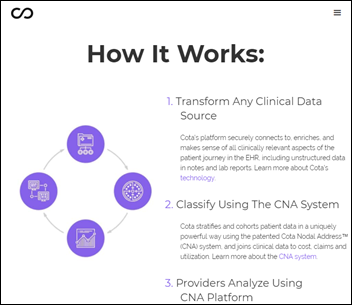 Memorial Sloan Kettering Cancer Center (NY) chooses Cota to create optimized clinical and genomic datasets from anonymized patient data, allowing it to map EHR data into a structure that can be used for analytics and precision medicine.

In India, a government hospital suspends a doctor who posted on Facebook that the hospital is overwhelmed with dengue fever cases, an outbreak the government has downplayed. The opposition party says the government has asked doctors not to indicate dengue as a cause of death. The 62-year-old doctor says it’s unfortunate that he was suspended since he would have retired at 60 had the government not extended the retirement age of doctors.

St. Vincent Hospital (IN) will use high-tech, vehicle-mounted cameras to match license plate numbers of cars parked in visitor spots with an employee database to enforce visitor-only parking rules, hoping to improve its patient satisfaction scores. 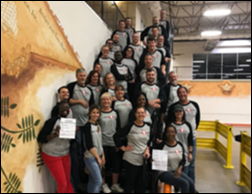