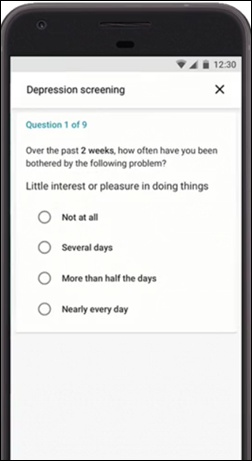 Google offers users who search for “clinical depression” on a mobile device an option to take a PHQ-9 online depression test, offered in partnership with the National Alliance on Mental Illness in hopes of increasing the percentage of depressed people who seek and receive treatment. 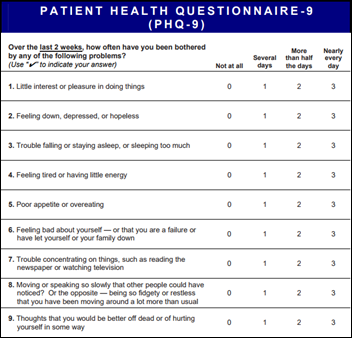 From CinderFella: “Re: Verity Health. HIStalk had the edge on Hedgeye’s analysis over a month ago, with a reader commenting on the NantHealth purchase of Verity saying that it would buy ‘his Nant-whatever stuff’ and Allscripts products. The real story is that Verity scrapped a year’s worth of evaluations as it was looking to implement a new EMR. The selection process was still finalizing and a go forward choice was TBD, but it wouldn’t have been Allscripts.” I’m a Wall Street lightweight, but I would be uncomfortable as a shareholder of either company with the Allscripts investment in NantHealth, Patrick Soon-Shiong’s personal investment in Allscripts, and now NantHealth’s rumored pushing of the products of both companies on non-profit Verity, especially given that NantHealth seems to have made quite a few “sales” of its own products that looked more like mutual back-scratching than objective purchasing decisions that suggest market momentum. I suppose Verity being forced to choose a product it didn’t want is a legitimate sale, if indeed they have lost that choice, but it smacks of desperation from both companies. Maybe Allscripts also worries about that perception, too, since it hasn’t named Verity as the mysterious new client it signed.

From HIE Watcher: “Re: Informatics Corporation of America. Hearing it is being acquired by the SSI Group.” Unverified. I’ve sent an inquiry to ICA with no response so far.

From Orange Vest: “Re: LinkedIn. How do you choose which connection requests to accept?” I pretty much accept all invitations, declining only those that are obvious scams (like someone who works for a Chinese air conditioner manufacturer who has no overlapping connections), although sometimes that opens me up to annoying messages from recruiters or overzealous salespeople who I squelch quickly. I really don’t do anything with LinkedIn except (a) look up people who have changed jobs, and (b) sometimes check to see if somebody’s connected with me or is in the reader-started HIStalk Fan Club to decide if I’m willing to reply to their email.

From Publius Tullius: “Re: Epic in Denmark’s Capital Region. The projects are going so poorly that Epic was cut in the first round of the bid process to support the Southern Region. Stories go back to February related to project under-scoping, missing functionality, and budget overruns.” PT provided a ton of links to Danish sites describing Epic project problems, with some Google-translated headlines above. 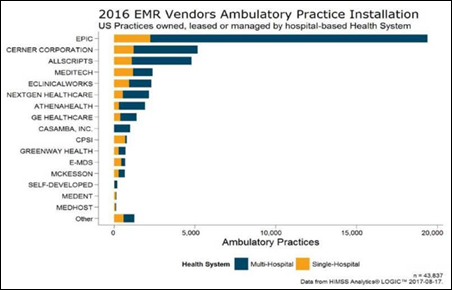 Blain Newton of HIMSS Analytics sent over another interesting analysis, this one from its Logic database that shows the EHR user count of physicians who are employed by, leased, or managed by health systems. Epic has a four-to-one lead over Cerner and Allscripts in doctor count, nearly equal to all other vendors combined since its customer base is mostly huge health systems. That also means that Epic has displaced a lot of EHR/PM vendors in practices as hospitals acquired them and put Epic in. It also makes InterSystems very happy since they license Cache by concurrent user. 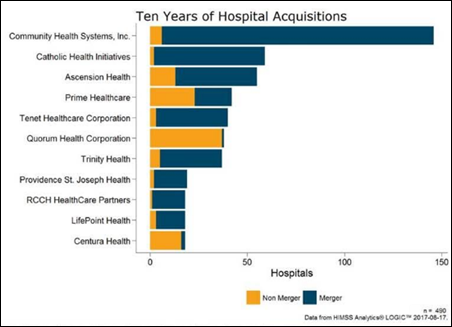 Blain also provided this graph showing those organizations, both for-profit and non-profit, that have made the most hospital acquisitions in the past 10 years. Such acquisitions drive a good bit of the EHR market as acquired hospitals are moved to the corporate EHR standard. 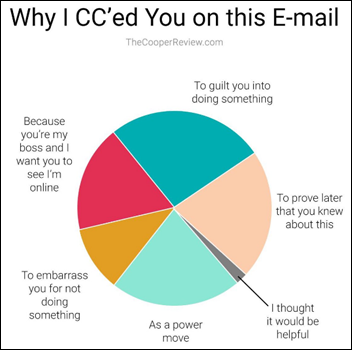 This, as they say, resonates with me.

So does this, since I am always baffled that more people play the lottery when the prize goes up. Are these folks who couldn’t be bothered for only $100 million?

I’m disappointed that nobody bothered to make an Eclipsys-related eclipse pun.

Listening: new from 29-year-old Minneapolis-based hip hopper Lizzo, whose Missy Elliott-style brash confidence includes more explicit lyrics than I like, but I overlook that because her music is a joyous, soulful bridge between the late 1960s Motowners and today’s rappers. I’m also listening with nostalgia to the unparalleled R.E.M., which ceased to exist in its original configuration as a foursome and one of America’s greatest bands 20 years ago, their unexpected high harmonies still giving me chills last night when the family chain restaurant I was in surprisingly played “Fall On Me” on its canned music system. 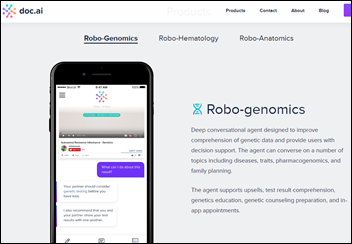 Startup Doc.ai comes out of stealth mode in describing its AI-powered “silicon doctors” medical dialog system. Its CEO is the co-founder and former CEO of Scanadu, which seems to have fizzled out following the retirement of its Tricorder-like vital signs device that earned tons more press than it deserved as technical limitations kept dumbing it down. 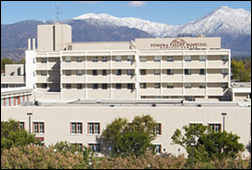 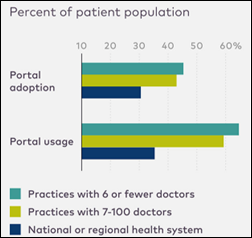 An Athenahealth survey finds that patients of small physician practices are heavier patient portal users than those of regional and national health systems, with respondents offering these suggestions to improve use:

The President’s political appointees have turned HHS into a remarkably shrill and partisan White House lapdog, loudly criticizing the laws they swore to uphold. The latest example is this statement from HHS Principal Deputy Assistant Secretary for Public Affairs (and former Koch Brothers employee and aide to former Governor and now VP Mike Pence) Matt Lloyd, who instead of encouraging healthy people to sign up to create better ACA risk pools, dutifully does his part to perpetuate the “let it fail” agenda with campaign slogans instead of responsible statements:

Obamacare failed to create a thriving, competitive market that offers the kind of coverage people want to buy at prices they can afford. On Obamacare’s exchanges premiums continue to surge, insurers continue to abandon wide swaths of the country and choices continue to vanish – an unfortunate reality for the American people who are required to buy Washington-approved health insurance or pay a fine.

The Supreme Court is reviewing a lawsuit that argues that Google’s trademark of its own name should be nullified because “Google” has become a synonym for “searching the Internet.” The term “genericide” refers to former trademarks that became plain old words because of their non-specific usage, among them “thermos,” aspirin,” and “videotape.” 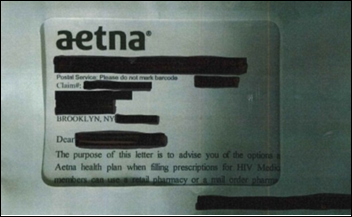 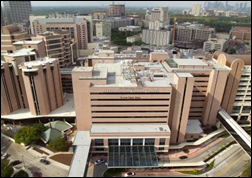 MD Anderson Cancer Center (TX) credits its cost management efforts – which include laying off 800 employees – for several straight months of profitability that have swung it into the black for the fiscal year, digging itself out of a $169 million hole. 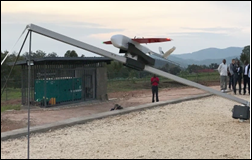 Fast Company magazine covers the drug and blood delivery drones being used in Rwanda, where startup Zipline has in its first 10 months’ of service made 1,400 deliveries of 2,600 units of blood using its 15 drones, 25 percent of those involving life-saving emergencies. The service will go live in much-larger Tanzania next year, hoping to make it “the first country in the world to achieve 100 percent in-stock rates at all health facilities and hospitals” for anti-malarial drugs, HIV medication, vaccines, and insulin. 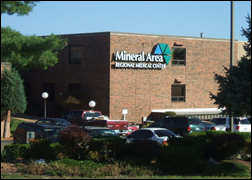 A nursing home owner pays $13 to acquire a Missouri hospital that BJC HealthCare bought and then closed nine months later, probably hoping that BJC is being overly cautious in warning of potential asbestos problems and high maintenance costs.

Pharma bro Martin Shkreli, who was famously banned from Twitter for his creepy harassment of reporters, is buying Internet domains that are associated with the names of journalists who have criticized him, then putting up web pages that mock those people. He then offers to sell them back the domains for several thousand dollars, an extortion-like scheme not unlike his Turing Pharmaceuticals pricing strategy in being simultaneously despicable yet legal. Shkreli says, “I wouldn’t call these people journalists. They are the unwitting recipients of liberalism subsidy from large media and telecom companies … only a few notches above the white supremacists we hear so much about these days.”

Colorado and Maine have enacted laws that require veterinarians to check pet owners in doctor-shopping databases in hopes of detecting drug users who obtain addictive drugs through their pets. Some states require vets to perform such a check, while two-thirds of states explicitly prohibit it, with the president of the California Veterinary Medical Association explaining, “I’m a veterinarian, not a physician. I shouldn’t have access to a human’s medical history.”

Weird News Andy follows up on my mention of CuddleCot, observing that people took photos of their deceased children back in Victorian times because they were unsure of the then-new technology’s role in memorializing their dead loved ones. I recall a movie that led off with a series of photos like these, where it brilliantly added no explanation until it became obvious about halfway through what I was looking at. Memento mori. 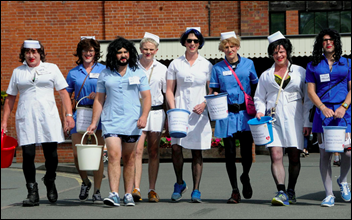 In England, a hospital CEO is criticized for refusing to accept $3,200 donation for ECG equipment, saying that the fundraising team of men who’ve run an annual hospital bed-pushing contest for 25 years are demeaning nurses by dressing in their female uniforms.