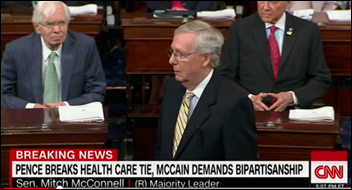 Hospital shares dropped sharply Tuesday after the Senate voted to proceed with its debate over the future of the Affordable Care Act. The voting was a 50-50 split, requiring Vice President Pence to cast the tie-breaking vote after all Senate Democrats and two Senate Republicans voted no.

President Trump commented in a news conference, “”I’m very happy to announce that with zero of the Democrats’ votes, the motion to proceed on healthcare has moved past and now we move forward toward truly great healthcare for the American people. We look forward to that. This was a big step … We had two Republicans that went against us, which is very sad, I think. It’s very, very sad — for them. But I’m very, very happy with the result. I believe now we will, over the next week or two, come up with a plan that’s going to be really, really wonderful for the American people.” 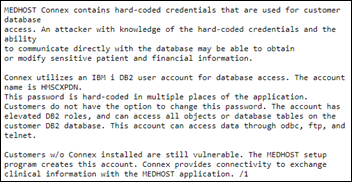 From HealthInfoSecGuy: “Re: Medhost. A new vulnerability was disclosed. Looks bad. Different than surgery solution (PIMS) vulnerability disclosed last year. Looks like they have more hard-coded passwords in their applications. This time it is with their proprietary Mirth-based interface engine Connex. Not a good time for this to come out with the possible private equity sell-out. Vendor wasn’t responsive from the report and no patches available today. When will vendors stop this poor practice? Shows lack of enforcement for Meaningful Use attestation and security requirements. eCW, anyone?” The online report came from someone who appears to be knowledgeable of the problem, but who didn’t provide their credentials.

From Nitpicker: “Re: time zones. Why rant when everyone knows what I mean when I say EST instead of the technically correct EDT?” “Technically correct” is the same as “not wrong.” It annoys me that people are so self-indulgently lazy that they don’t care about making public mistakes, such as misstated time zones, misspelling, poor writing, and sloppy grammar and punctuation. That sends the indignant message that their time is more valuable than ours and we’ll just have to figure it out. I’m also noting an increased number of messages — many of them in Yelp and Tripadvisor reviews — that are full of wild misspellings and incorrectly used words because the author (or speaker, in this case) can’t muster the energy to correct mistakes caused by their phone’s voice-to-text feature.

Continuous ambulatory monitoring technology vendor PhysIQ raises $8 million in a Series B funding round, increasing its total to $19.9 million. The company, whose founder licensed the industrial monitoring technology he developed and sold to GE in 2011, will launch commercially later this year with patient monitoring contracts with two drug companies and two medical device vendors. 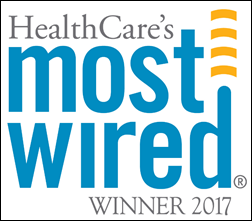 CHIME and the American Hospital Association will take over the “Most Wired” survey. Hospitals & Health Networks magazine, which has been doing the survey with sponsor AHA, wasn’t mentioned in the announcement. Perhaps an early action item would be to correct the puzzling spelling of “HealthCare.” One might also argue that it’s not what you have but rather how you use it – find out what health systems with better outcomes at a lower cost are doing. 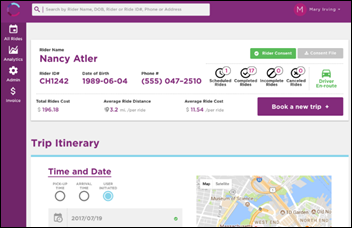 Circulation, whose system gives patients and providers access to Uber and other ride-sharing services for non-emergency transportation, raises $10.5 million in a Series A round. 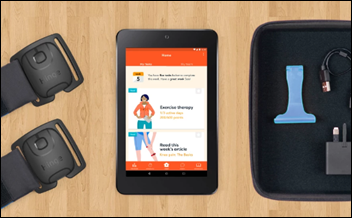 San Francisco-based Hinge Health — which offers employers a wearable-powered app and remote exercise coaching for their employees with back and shoulder pain — raises $8 million in a Series A round.

Maven raises $10.8 million in a Series A round, increasing its total to $15 million. Its female-specific services include video visits and messaging with doctors, nutritionists, midwives, and other professionals.

Private equity firm KKR will acquire WebMD Health Group for $2.8 billion and will fold it into its Internet Brands media division. The Medscape medical news and education site takes in 60 percent of WebMD’s advertising revenue. 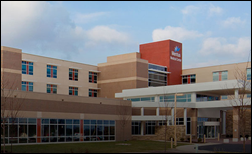 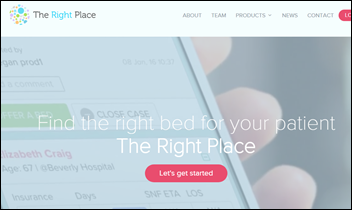 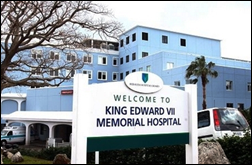 Allscripts will offer Conversa’s Conversation Platform as the patient-facing portion of its CareInMotion population health management platform to engage patients between visits. Allscripts will also make an unspecified investment in Conversa. 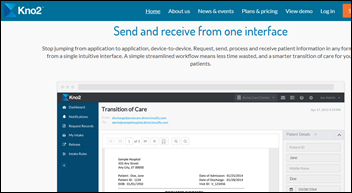 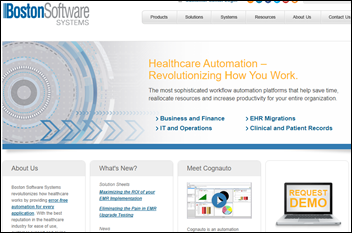 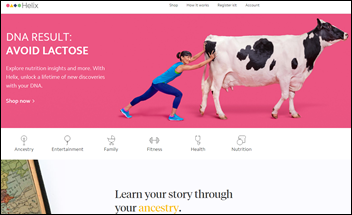 Helix, a spinoff of big DNA sequencer Illumina, opens up its sequencing technology to consumers who can gain access to a lifetime of genetic insights from a single saliva sample at a cost of $80. Helix’s marketplace allows buying apps and analysis from third parties whose cost might explain why the initial test runs just $80. It’s also unknown what actionable insight healthy people might gain from the information. Providers such as Geisinger and Mayo Clinic will offer genomics services, while other companies offer less-serious products such as a DNA-powered wine chooser and a scarf featuring the wearer’s genomic pattern. 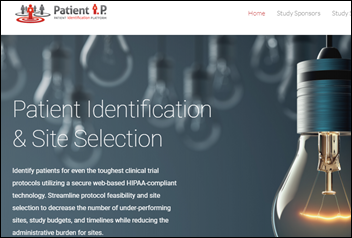 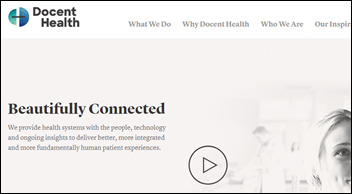 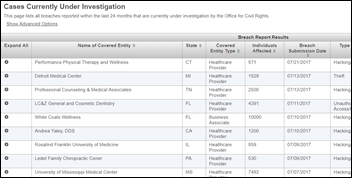 Ohio’s healthcare price transparency law that requires providers to give patients a good-faith cost estimate for non-emergency services didn’t go into effect January 1, 2017 as scheduled after heavy lobbying and legal actions by the Ohio Hospital Association and provider professor organizations. They claim that giving patients estimates would slow down patient care.

A Yale study and New York Times report finds that many surprise ED bills – caused hospitals outsourcing their ED coverage to out-of-network companies — come from ED staffing company EmCare, which is owned by publicly traded Envision Healthcare. It notes that at one small, rural hospital, visits that were billed using the highest-level billing codes jumped from 6 percent to 28 percent after EmCare took over, with the resulting patient complaints forcing the hospital to go back to its own coding and billing. The company also has a pending case from 2011 in which a whistleblower alleges that EmCare and Health Management Associates hospitals pressured ED doctors to do medically unnecessary procedures and tests and fired doctors who pushed back. EmCare is buying anesthesiology and radiology practices, which like EDs, do not allow patients to choose in-network doctors and instead leave them holding the full, more profitable bill that their insurance won’t pay. 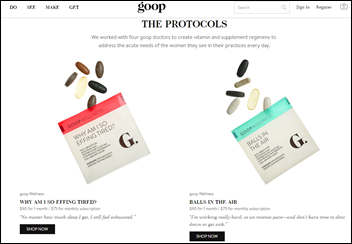 High school graduate Gwyneth Paltrow – who via her “modern lifestyle brand” Goop empire out-hucksters Dr. Oz with even less attention to science in confusing her personal beliefs with known medical facts – gets called out by Jen Gunter, MD for suggesting that women place a crystal in their vaginas for pelvic floor strengthening and then suggesting that Dr. Jen is a “third party” who is “strangely confident” in labeling that idea as crazy:

I was blogging about pseudoscience long before Paltrow first squatted over a pot of steaming allergens and leveraged her celebrity to draw attention to her website … I am not strangely confident about vaginal health, I am appropriately confident because I am the expert. I did four years of medical school, a five-year OB/GYN residency, a one-year fellowship in infectious diseases, I am board certified in OB/GYN in two countries, I am board certified by the American Board of Pain Medicine and the American Board of Physical Medicine and Rehabilitation in Pain Medicine and I am appropriately styled Dr. Jen Gunter MD, FRCS(C), FACOG, DABPM, ABPM (pain). A woman with no medical training who tells women to walk around with a jade egg in their vaginas all day, a jade egg that they can recharge with the energy of the moon no less, is the strangely confident one.

An articles describes the 20-year health tech venture capital deals database created by Correlation Ventures, whose predictive analytics algorithm then scores a possible investment using CEO credentials, scientific validity, and the track record of previous investors to give it an invest-or-pass decision in two weeks. The firm says the algorithm rules out 90 percent of potential investments, but doesn’t say how the chosen investments have performed.

An interesting study tweeted out by Eric Topol finds that money really can buy happiness if you spend it on time-saving services. One of the studies it reviewed found that doctors who were give vouchers for such services reported better work-life balance.

A KQED article covers EHR usability issues that frustrate doctors and eat up their face-to-face time with patients. The article quotes doctors who blame the EHR for their inefficiency and burnout, but it also includes a wise quote from Redwood MedNet project manager Will Ross: “Documentation is still there, so blaming the computer for what insurers and the government are requiring you to do is misplacing the blame.”