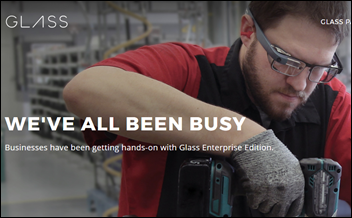 Google revives its long-dormant Glass hands-free display – which never graduated from consumer beta status — with an enterprise edition that can run apps, display training materials, and connect workers with colleagues via a live video stream. 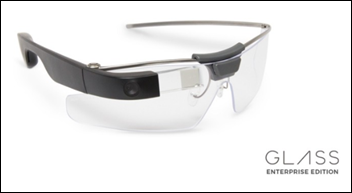 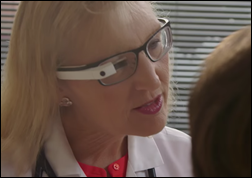 Google is featuring Glass’s use as an EHR remote scribe charting and documentation solution as sold by Augmedix.

SwyMed will deploy its telemedicine solution on Glass Enterprise Edition as part of its DOT Telemedicine Backpack, which connects mobile care providers to doctors in real time.

From Bill: “Re: Nuance. Seriously mis-timed marketing or a company that just doesn’t care after two weeks without service to some health systems.” Some Nuance systems remain offline 21 days after its malware attack, so perhaps the new client pitch could have been timed better. Still, the company has to continue on under the assumption that its systems will eventually be fully restored.

From Unbreak Healthcare: “Re: Athenahealth. A university practice customer wanted to directly send outbound orders to the hospital lab’s LIS and EHR after finding that poorly configured fax orders were sending one order per page, meaning thousands of pages per day. However, Athena only allows transmission of outbound orders by its AthenaCoordinator Receive Lab Orders. The company wants to charge the hospital (which has no desire to be an Athena ‘customer’) subscription model pricing instead of as a one-time fee, incurring a significant cost for each patient requisition with some discounts for volume. This has not been warmly received by the hospital. Thanks, Jonathan, give me more of this disruption, please!” Unverified, but the document above that I found on Athenahealth’s website says labs can receive orders only if they sign a contract and pay $1.00 per order. 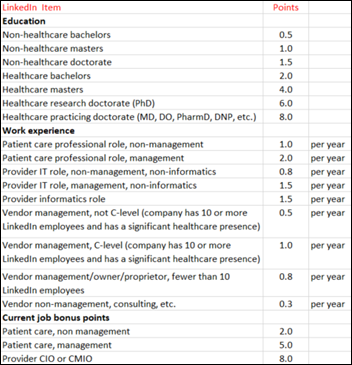 From Expanding Paunch: “Re: HIT100. I’d like to see the winners scored on real-life experience and accomplishments instead of chronic Twitterhea.” I spent way too much time thinking about this idea, coming up with a scoring methodology that reflects what I look for in assessing someone’s accomplishments in deciding whether they are therefore qualified to render healthcare-related opinions. Here’s my first pass – score yourself and your peers and tell me which criteria you would change. I’ll grade the HIT100 once they are named, using the self-reported information (often inflated) from their LinkedIn profiles since everything should be right there. The scores I tested tracked pretty closely to my assessments of some of our industry’s more prolific pundits, ranging from 0.5 points to over 70. I was kind in deleting an additional metric that deducted points for using self-styled, questionably accurate labels such as thought leader, visionary, thinker, innovator, and entrepreneur.

The latest in my long string of pet peeves is using the initialism CMO, which in our industry means chief medical officer, not chief marketing officer. I’m also annoyed at sites that use trademark and copyright symbols when referring to products and companies – that’s not good form outside of company-produced material since those symbols apply to commerce, not journalism. I’m also frustrated at awkwardly worded sentences caused by incorrectly using “there” as a subject and then stubbornly trying to wrangle the rest of the sentence into submission, but that’s hardly new.

Listening: new from Charlotte & Thieves, a Norway-based band whose moody, slow song “Apparently” is quite fine.

Thanks to new HIStalk and HIStalk Practice Founding Sponsor Medicomp Systems. I have just two Founding Sponsorships available on each site (both of which have been held by the same companies for 10+ years, Medicity being one) and Nuance’s new marketing person hadn’t heard of HIStalk and decided to end their sponsorship, after which at least a dozen companies expressed interest in grabbing their Founding spot. Medicomp got first dibs as the oldest sponsor, with CEO Dave Lareau (he did a great interview with me a couple of years back) graciously stepping up as he has in years past, including sponsoring great HIStalkapaloozas in New Orleans and Orlando. Physicians and nurses love Medicomp’s intuitive Quippe documentation and clinical viewer tools that work with any EHR and allow them to see more patients with better usability and more focus on the patient instead of the screen while giving them the full clinical picture. Quippe Clinical Lens offers a problem-oriented view of all relevant clinical data for any disease state, eliminating the clinical static to improve effectiveness and efficiency. Medicomp has been singularly focused since 1978, when it was founded by legendary MEDCIN terminology inventor and company president Peter Goltra (I met him years ago at a HIMSS conference and he’s an impressive and humble guy). Thanks to Dave and Medicomp for supporting HIStalk and HIStalk Practice, not just now, but for many years running. 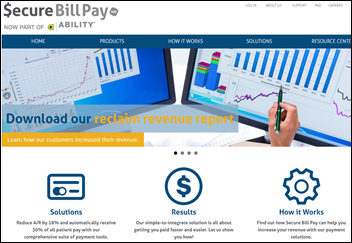 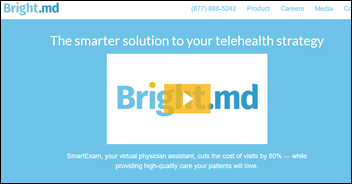 Bright.md, which offers a patient interview tool for telehealth visits, raises $8 million in a Series B funding round, increasing its total to $11.5 million. 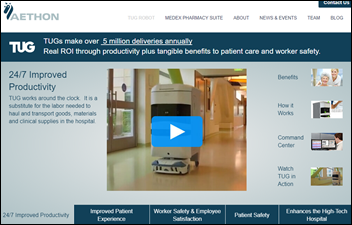 Singapore-based ST Engineering will acquire TUG robot vendor Aethon for $36 million. Aethon — which had raised $56 million but reported an asset value of negative $1 million as part of the acquisition — sold its pharmacy logistics line last week. 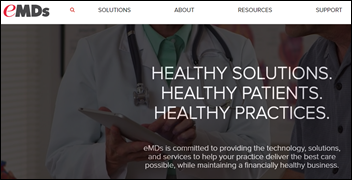 The private equity owner of EMDs is looking for a buyer, according to a Wall Street Journal article that estimates the EHR vendor’s 2017 EBITDA as $13 million. 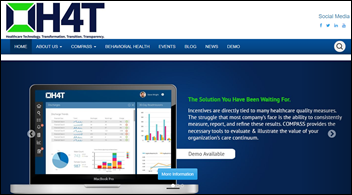 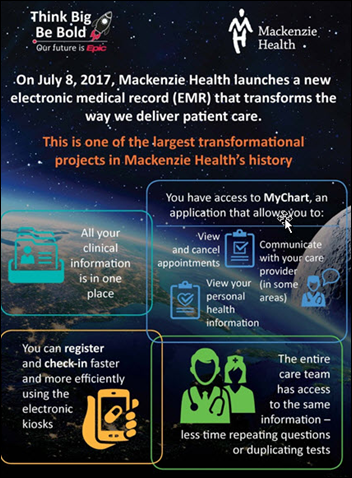 CMS qualifies National Decision Support Company’s CareSelect as a decision support platform for Appropriate Use Criteria under PAMA and MACRA.

The patent office issues a patent to Sphere3 for its Aperum LeadIt, which correlates data from nurse call lights, smart beds, and RTLS to patient care perception.

Sen. Chuck Grassley (R-IA) writes a lot of indignant letters making demands that go nowhere, so here’s his latest – he and Sen. Orrin Hatch (R-UT) want CMS to go after the $729 million in Meaningful Use incentives that HHS OIG estimated was overpaid in its June 2017 report. The senators also want to know how much of the $291,000 was recovered from the 14 sample EPs who were found to have been paid too much and are asking for a random review of EP self-attestation documentation. 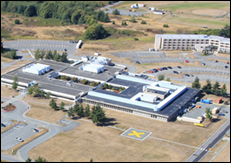 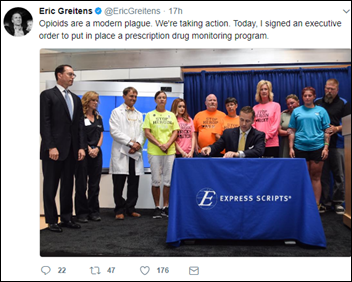 Missouri Governor Eric Greitens signs an executive order directing the state’s Department of Health and Senior Services to create a prescription drug monitoring program database. Missouri is the only state that doesn’t have a PDMP database, but experts say the state’s new one won’t be fully functional since pharmacies will be required to submit prescription information, but doctors and pharmacists won’t be able to us it during prescribing and dispensing — it’s only intended to be used by pharmacy benefits managers to monitor drug cost and overprescribing. The governor signed the order at the headquarters of pharmacy benefits manager Express Scripts. Lawmakers question whether the governor’s order is legal since his office can’t allocate spending, so the legislature will be required to provide any funding to create it. 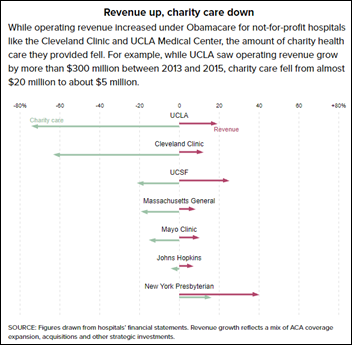 A Politico article observes that the Affordable Care Act gave hospitals – especially big ones – more paying customers who would previously have been charity cases, with the top seven hospitals enjoying a combined $4.5 billion annual revenue boost while their charity care dropped by 35 percent. The article notes that hospitals still enjoy tax-exempt status and adds, “Many US cities boast hospitals that are among the best in the world, but the communities around those hospitals might as well be the Third World” as the non-profits provide their executives with million-dollar salaries and country club memberships.

Microsoft, always late to any technology party, will set up an artificial intelligence research lab.

The interim CEO of NYC Health + Hospitals declares its implementation of Epic a success in two Queens hospitals, citing improved patient experience, growing patient interest in MyChart, a reduction in time from ambulatory visit arrival to completion from 104 minutes to 80 minutes, and improved management of unscheduled visits. He also says improved capture of patient information has increased the case mix index in adding $7 million in revenue in one hospital. The organization will begin rolling out Epic’s revenue cycle system in Q4 2018 and expects to complete the full Epic implementation by the end of 2020. 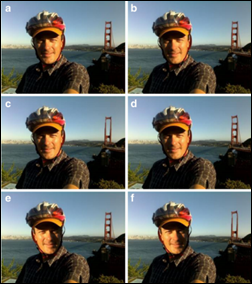 Eric Topol tweeted out an interesting study about whether people can detect Photoshopped news photos, which the article concludes they cannot. The article’s genesis was a 2015 photojournalism awards program in which 22 entries – including the winner – were disqualified for manipulating their entries. Everybody already knows this, but just because you see a photo or video doesn’t mean you’ve seen truth.

A remarkable LA Times story finds that USC’s former medical school dean hung out with criminals and prostitutes and was a a crystal meth and ecstasy user, all unwisely captured in photos and video. He quit his $1.1 million job after word leaked out that his 21-year-old female companion’s hotel room overdose on a date rape drug required him to call 911. USC also placed him on leave as an eye surgeon once the story ran.

In India, a hospital contract nurse who hadn’t been paid for two months beats up a doctor on rounds “with her footwear first.” Also in India, the local government orders several nursing schools to suspend classes for five days and send their students to hospitals as replacements for their striking nurses.