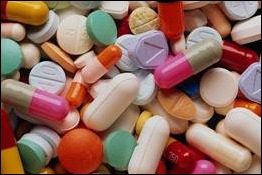 In the various EHRs that I’ve used, there are many existing choices in reconciliation pick lists, and they may not always apply to a given care setting. For example, “substitute per formulary” might make sense for a hospitalized patient when they may go back on the original medication at discharge. But in the outpatient setting, if you’re doing a formulary interchange, you’re actually going to discontinue one medication and start another, which requires a different set of documentation.

There are also situations where you need to hold a medication because it’s not essential or could lead to complications (for example, oral contraceptives or daily aspirin) but still want it reflected as something that might have an ongoing influence on the patient’s current state (ongoing clotting or bleeding risk), but I have yet to see an EHR medication list that manages this well.

One respondent commented that there are options needed that don’t traditionally appear as choices during the medication reconciliation process, such as “the patient was never on this medication.” There are other choices such as, “patient’s family member says they are taking it, but patient claims they have never seen the pill,” and “patient taking every other day due to cost” that we’ll never see reflected on a reconciliation list but have to be added as a free-text or “other” type comment.

There are many patients for whom medication reconciliation is an impossibility due to dementia, psychiatric issues, or other medical conditions impairing memory and thought processes. Some of these patients have caregivers who can provide the information, but others don’t.

In the urgent care setting, we rely heavily on the medication history information available through our EHR, but unfortunately, it doesn’t always have the information for cash prescriptions since it often feeds from pharmacy benefit managers. The state prescription drug monitoring program helps fill that gap for some medications, but as a provider I often end up looking in multiple places or asking staff to call pharmacies or family members to try to get an accurate history.

For us, every patient is a transition of care for regulatory purposes as well as an opportunity for error when a medication gets lost in translation. The need for a formal reconciliation varies with the patient and their complaint. What if a visit is a transition of care but doesn’t require prescribing? Clinically a reconciliation really isn’t needed for an episodic complaint (laceration closed with glue), but there are challenges associated with saying staff can do it sometimes but not others.

The discussion brought other points about lack of functionality in EHRs in general, including the ability to trend increasing or decreasing doses over time. I know it took the better part of a decade for my previous EHR to get functionality that allowed prescriptions for different doses of the same medication to link, so that you could see the patient who started on 10mg of blood pressure medication and was gradually worked up to a higher dose. This was tricky because the system relied on NDC numbers initially, which are different not only based on dose, but also on how the medication is supplied. Personally, I don’t care whether the medication came in a blister pack or a stock bottle, but that’s how NDC worked. It was only after the system converted to RxNorm codes that things started making sense. Still, it’s hard to track things like when the patient is taking half of a 20mg tablet then starts taking a whole one, etc. That kind of documentation often winds up as unstructured data that can increase patient risk unless that unstructured data is kept attached to the medication list, which some systems don’t allow.

There were also comments about the fact that some providers don’t have any concept of ownership of the medication list. I saw this often in my past life as a primary care physician, when I would receive dictated letters from consultants that were missing most of the medications the patient was actually on. When transitioned to the EHR, these providers still didn’t feel the need to participate with the medication list, let alone try to perform a reconciliation. I saw at one hospital when they made reconciliation the job of the admitting physician of record that the procedural subspecialists (particularly orthopedic surgeons) developed a new habit of having the patients admitted under the PCP with themselves as consultants. In that case, no good policy goes unpunished.

At the same time this discussion was unfolding, I was contacted by a client who recently implemented functionality that allows them to electronically cancel prescriptions. Unfortunately, their local pharmacies don’t yet support this feature, which led to several days of confusion until they figured out what was going on and returned to their phone-based process. Until the pharmacies upgrade their systems, there’s little more I can recommend other than calling the pharmacies and discussing the impact and asking them to lobby their corporate bosses for an upgrade.

This has been the plight of physicians for some time now, as EHR vendors are forced to add functionality that isn’t supported in the real world. Despite electronic prescribing of controlled substances being required in several states, it’s not required in my particular locale. As a result, only a little more than half of pharmacies support the functionality. It’s kind of like being required to have LOINC codes for interfaced lab results but there not being a requirement for vendors to send the codes with the result transmissions.

I’ll be interested to see what comes of the medication reconciliation discussions and whether there is scholarly activity that might push vendors or regulators to change how they hope to steer medication reconciliation in the future. I was encouraged by the number of people willing to engage in the discussion or collaborate in future projects. A group of motivated clinical informaticists is a powerful thing indeed.

How do you feel about the current state of medication reconciliation? Email me.