Nuance’s most recent update from Wednesday afternoon says it is still recovering servers following Tuesday’s malware attack. The company has not provided an estimated time to resolution.

Nuance recommends that cloud transcription users move to Dragon Medical or use an alternative dictation service, which suggests lack of confidence that the systems will be restored soon. A few customers say they’ve been told not to expect restoration of services until next week or even longer, but I can’t verify that.

Patient care is surely being affected as hospitals and practices try to implement minimally-tested downtime procedures or switch to backup transcription providers with the inevitable delays in patient information flow.

It will be interesting to see, once the smoke clears, how Nuance handles the HIPAA implications of the malware attack given its massive healthcare presence. HHS has advised that a ransomware attack is by definition a breach since an unauthorized party has acquired PHI, but adds that if the business associate (in this case since Nuance isn’t a covered entity) can argue that it is unlikely that the information was compromised, then breach notification is not required. The Petya malware – which arguably isn’t ransomware — does not send data anywhere but instead permanently encrypts it (in essence, destroying it), so assuming Nuance can restore the PHI from backups, it may be able to successfully argue that the information was never exposed or threatened.

NUAN share price has declined just 5 percent since its systems went down Tuesday. 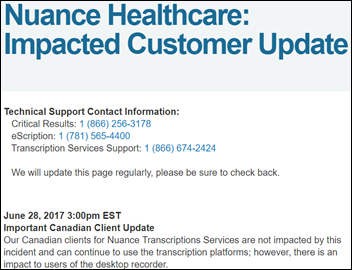 Nuance seems to be understandably struggling with its public communication, same as any of us who would rather be fixing the problem than explaining it individually to every user affected by it. Some customers say the company is doing a great job of keeping them in the loop, which probably means that it’s doing the best it can given potentially outdated or incorrect contact information. The company:

From Gordon Gecko: “Re: my KLAS-corrected comments about Cerner. My math is right. I included ‘new’ customers, which are of more interest to the Street, and excluded add-on sales to existing customers. I also said ‘if you take away DoD and the 30 micro-hospitals,’ 85 total. I included all Cerner losses. Maybe the most relevant takeaway is that there have been more Millennium defections in the last two years than Soarian defections. Looks like for every Weirton and Pinnacle that sues Cerner to escape Soarian, there are dozens who don’t dare.”

From Yuge Surprise: “Re: DoD. The swam is not draining, but swirling.” Frank Kendall — the Pentagon’s recently retired undersecretary of acquisition, technology, and logistics — joins the board of Leidos. Kendall presided over the DoD’s selection of Leidos for its $4.3 billion EHR project. 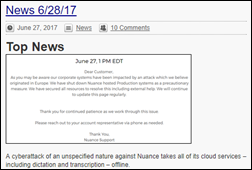 HIStalk had 12,114 page views Wednesday, which I assume can be attributed to ransomware interest and the fact that – because of reader tips — I reported Nuance’s incident many hours before anyone else. It was the fourth-busiest day since I started the site in 2003. 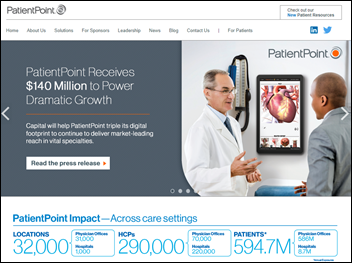 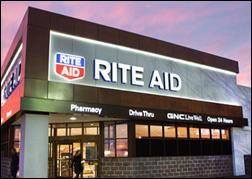 Anti-trust concerns cause Walgreens and Rite Aid to cancel their planned $9.4 billion merger and instead strike a deal in which Walgreens will buy half of Rite Aid’s drugstores for $5.18 billion in cash. In other news, Walgreens apparently puts its much-regretted experience with Theranos behind it in that LabCorp will offer specimen collection services in some of its stores.

Diabetes management app and data analytics vendor Glooko raises $35 million in a Series C round, increasing its total to $71 million. 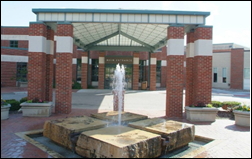 An HHS/ONC bulletin warns of the most recent ransomware threat and provides recommended actions for affected sites.

CMS halts its planned release of Medicare Advantage of claims data at the last minute, cancelling a conference presentation at which it was to have been unveiled. CMS blames unresolved issues with the quality of the information, which immediately raises questions: (a) if CMS is using the information to pay providers, why isn’t it good enough for research purposes?, and (b) given lack of commitment to an updated release date, will the data ever see the light of day?

The Senate considers legislation that would ban the Department of Defense from doing business with antivirus software firm Kaspersky Lab, citing intelligence agency concerns about the company’s close ties to the Kremlin.

This headline and the threat it references say a lot. 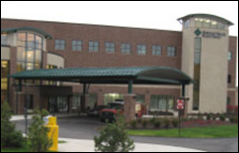 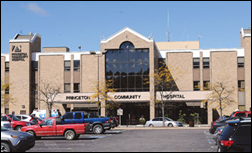 Heritage Valley Health System (PA) has brought its hospitals back online following its ransomware attack Tuesday, although its community locations remain closed. Princeton Community Hospital (WV) says it will “rebuild its computer network from scratch” following its Tuesday infection and it remains on diversion. 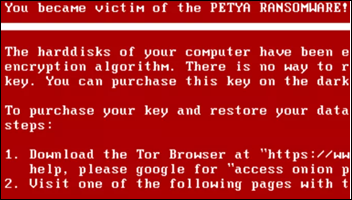 An interesting analysis of the Petya malware concludes that it’s not technically ransomware since it has no ability to actually recover the drives it encrypts even if the victim pays. The author says Petya is instead a nation-state authored “wiper” that is intended to destroy systems, disguised as ransomware to influence media reports. The intended target may have been institutions in the Ukraine, with the malware’s global spread possibly being unintended. That would make Russia the obvious suspect.

In a bizarre incident highlighted by DataBreaches.net, a federal judge chastises California’s attorney general for harassing movie site IMDb.com, the subject of a California law that requires the site to remove the factual age of celebrities who want that information hidden. The Screen Actors Guild backed the law – now blocked by injunction — by saying it would reduce Hollywood age discrimination. 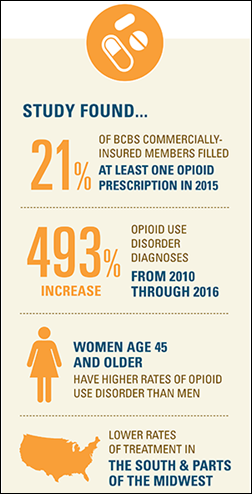 A BCBS analysis of insurance claims finds that opioid addiction diagnoses have increased 500 percent in the past seven years. Twenty-one percent of patients whose claims were reviewed filled at least one opioid prescription in 2015, while the study also found that short-term, high-dose therapy increases the chance of addiction by 40 times compared to lower doses.

In Kenya, three men are charged with stealing the body of a four-year-old from a hospital morgue, apparently with the intention of burying it. The hospital wouldn’t release the body because his family hadn’t paid his bill. 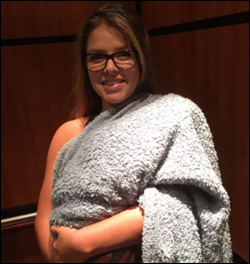 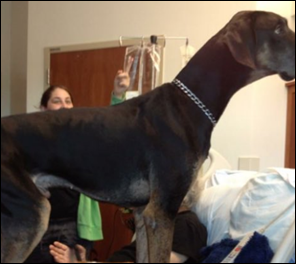 I love dogs, but this is as ridiculous as people scamming airlines into providing free main-cabin rides for their “emotional support animals.” A woman brags on Twitter that she snuck her grandmother’s dog into the hospital to see her, swaddling it to look like a baby. A fellow smuggler voiced support in providing a photo of the dog he brought in (or rode in) as a visitor. Apparently many folks believe that rules apply to them only when convenient.