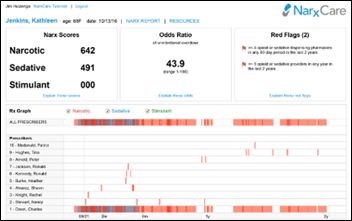 OxyContin manufacturer Purdue Pharma will give the State of Virginia a $3.1 million grant to integrate its doctor-shopper prescription drug monitoring database with provider EHRs.

The state will use the PMP Gateway of its Appriss Health NarxCare system, which uses two years of prescription data to visually represent a patient’s usage patterns and to present a calculated risk score. Beyond claims and EHR data, it can incorporate information from EMS and criminal justice systems.

From Firing Line: “Re: HIStalk. I have followed you since I worked at a big health IT vendor, where it was a fireable offense to read your blog back in the early days.” I’ve heard that about a few companies, which encourages me since I must be doing something right if they want to ban employees from reading what I write. I also enjoy hearing from readers who apologize for not evangelizing HIStalk because they consider the information they gain to be a personal competitive advantage.

From Spatial Orientation: “Re: [EHR vendor name omitted]. Has informed users that they are able to supply QRDA III reports but not QRDA I reports, meaning they are in violation of ONC’s certification requirements.” Unverified. I’ve invited the company to respond but haven’t heard back. I’ll repeat this item including their name in Thursday’s post if they don’t respond.

Spok, Inc., a wholly owned subsidiary of Spok Holdings, Inc. (NASDAQ: SPOK), headquartered in Springfield, VA., is proud to be the global leader in healthcare communications. We deliver clinical information to care teams when and where it matters most to improve patient outcomes. Top hospitals rely on the Spok Care Connect platform to enhance workflows for clinicians, support administrative compliance, and provide a better experience for patients. Our customers send over 100 million messages each month through their Spok solutions. When seconds count, count on Spok. For more information, visit spok.com or follow @spoktweets on Twitter.

I’m getting swamped with HIStalkapalooza emails from people who don’t appreciate the fact that I have around 50,000 readers and I have maybe 1.5 FTEs total other than me to do everything HIStalk-related, of which party planning represents about 0.01 FTE. My plea is this: come if you received an invitation, don’t come if you didn’t, and don’t email us either way because it’s the busiest time of year for us and throwing a free party isn’t our most pressing priority. To summarize the oft-stated rules: (a) don’t ask if I have extra tickets since I’m already turning people away who signed up due to a shortfall in sponsorship funds, so I certainly won’t be inviting someone who didn’t even register; (b) you’ll need to complete your registration online from the email link and bring your barcoded invitation to the event; (c) I can’t help you fix your company’s spam filter that didn’t let your invitation through; (d) you can’t bring a guest if you didn’t register them; and (e) wear whatever you want, but go big if you want to have a shot for the “best shoes” and best dressed” awards. There’s an exception to (a): get your company to sign on as a sponsor of the event and your CEO can come after all — it’s nearly always CEOs who neglect to sign up and then dispatch an underling to demand an exception, usually from vendor companies that don’t support HIStalk in any way.

Dear HIMSS-owned publication: hi, it’s me again. Thanks for fixing the story you ran over the weekend that I called out, in which you mistook a January 2016 press release for January 2017 and splashed it out as breaking news. I won’t quibble with the fact that you just changed the story to hide your mistake without acknowledging it. On that topic, please note that there’s no such company as “Optum Healthcare IT” that you reference in your list of KLAS winners. What you meant to say was “Optimum Healthcare IT.” At least your HIMSS peer at Healthcare Finance also screwed up the same name, calling it “Optimum IT.” Don’t worry, I don’t read your site, so I won’t be catching your mistakes regularly (but hopefully your readers will!) 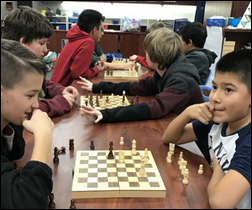 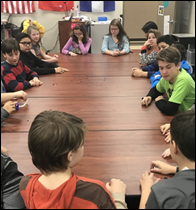 We provided strategic thinking and economics games along with general supplies for Ms. D’s middle school class in Arkansas in funding her DonorsChoose grant request. She reports, “My students have played rounds of critical thinking games every week since we have received the package. This is their favorite time of the week and can’t wait to figure out what new game we are playing. After learning about Milton Bradley and Henry Ford, the students have started creating their own strategy games.”

February 8 (Wednesday) 1:00 ET. “Machine Learning Using Healthcare.ai: a Hands-on Learning Session.” Sponsored by Health Catalyst. Presenter: Levi Thatcher, director of data science, Health Catalyst. This webinar offers a tour of Healthcare.ai, a free predictive analytics platform for healthcare, with a live demo of using it to implement a healthcare-specific machine learning model from data source to patient impact. The presenter will go through a hands-on coding example while sharing his insights on the value of predictive analytics, the best path towards implementation, and avoiding common pitfalls. 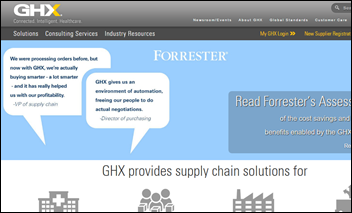 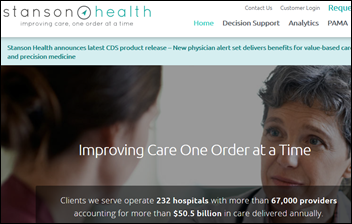 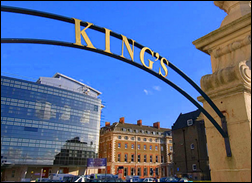 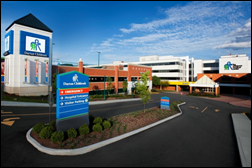 Healthcare Growth Partners publishes its amply-researched and well-written HIT Market Review, which includes M&A, valuation, the year in review, and thoughts about the impact of the new administration.

A new Black Book report finds that population health management technology is a fast-growing sector even though providers are forging ahead using only stopgap tools from their EHR vendor, they’re dealing with community HIEs that offer poor population health modeling data, and they have limited data availability beyond their own EHR’s health snapshots. Hospitals report that they will need new PHM and IT talent, but shortages may limit availability. The top three best-of-breed vendors were IBM Watson Health, Evolent Health, and The Advisory Board Company, while the top three PHM and value-based care consultants were Premier, The Advisory Board Company, and Evolent Health. 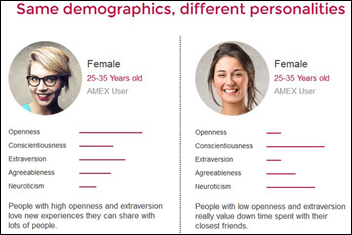 I’ve seen several recent articles on Cambridge Analytica, the “behavioral microtargeting” analytics firm that was involved (to an arguable degree) with both the Brexit and Donald Trump wins that pollsters failed to predict. The company’s work is relevant to healthcare because: (a) it sounds a lot like how HIMSS describes its new service that will target vendor sales prospects using their personal information; and (b) it could be more positively used for public health in areas such as depression. Either way, lax US personal data laws are making us all targets of companies that train their analytical firepower to profitably sway our decisions. Cambridge Analytica, of which White House advisor Steve Bannon is apparently a board member, mines Facebook data via those mindless quizzes that bored people inexplicably take, thus giving the company access to their Facebook profiles. The company’s technology supposedly requires just 68 of a user’s “likes” to accurately predict their skin color, sexual orientation, political party affiliation, and use of drugs, alcohol, and cigarettes, while it just 10 “likes” allow researchers to “know” a Facebook user better than their work colleagues. The company combined that information with commercially sold personal information databases to develop psychological profiles on every American. It then buys Facebook ads that it micro-targets to individual personality types, which some experts say was the key to the unexpected and lesser-funded campaign victories of Donald Trump and Brexit:

On the day of the third presidential debate between Trump and Clinton, Trump’s team tested 175,000 different ad variations for his arguments, in order to find the right versions above all via Facebook. The messages differed for the most part only in microscopic details, in order to target the recipients in the optimal psychological way: different headings, colors, captions, with a photo or video. This fine-tuning reaches all the way down to the smallest groups … In the Miami district of Little Haiti, for instance, Trump’s campaign provided inhabitants with news about the failure of the Clinton Foundation following the earthquake in Haiti, in order to keep them from voting for Hillary Clinton … These “dark posts”—sponsored news-feed-style ads in Facebook timelines that can only be seen by users with specific profiles—included videos aimed at African-Americans in which Hillary Clinton refers to black men as predators, for example.

The St. Louis Cardinals will give the Houston Astros $2 million and their two top draft picks as cybercrime compensation. The former director of baseball development for the Cardinals was sentenced to 46 months in prison and a lifetime MLB ban for accessing the scouting reports, contract information, and internal emails of the Astros using passwords he had guessed.

Officials in Missouri, the only state that doesn’t have a doctor-shopper prescription drug monitoring database, are still arguing over privacy requirements and which state agency should oversee it.

Sites are slinging around news headlines saying that medical residents spend half of their time working on the computer, but they fail to note the deal-breaking limitations of the just-published study they reference: it was performed in Switzerland with unknown applicability to the US and it was an observational study (which has unavoidable bias) of only 36 internal medicine residents in a single hospital. There’s probably also the fact that residents are often expected to remain in the hospital outside of normal working hours, so it’s questionable whether EHR usage required extra time or whether they were stuck in the hospital without much else to do anway.

A TransUnion Healthcare consumer survey finds that three-fourths of respondents would look more favorably on a provider who provides upfront cost estimates, but 43 percent said it was hard to get cost information and another 21 percent said they haven’t even bothered trying.

Authors of a JAMA opinion piece say it’s too expensive for patients to get copies of their medical records since providers widely ignore a 2016 federal law that allows them to charge only direct labor and postage costs associated with creating the paper copy. Only Kentucky requires providers to give patients the first copy of their records at no cost.

Small drug company Kaleo, which makes a recently approved naloxone injector for opioid overdoses, has raised the price of its consumer-usable package of the nearly 50-year-old  drug from $690 in 2014 to $4,500 now. The company is donating the product to first responders and drug treatment programs, covering co-pays for buyers with private insurance, and selling it to the VA (which is allowed to negotiate drug prices) at a significant discount, but sticking insurance companies and taxpayers with the bulk of its profits.

In England, a report finds that human error contributed to the failure of the 1980s-era pathology system that delayed surgeries at Leeds Teaching Hospitals NHS Trust. Most of the system’s experienced support employees have left and newer analysts didn’t notice that system backups had grown so large that they were being corrupted. 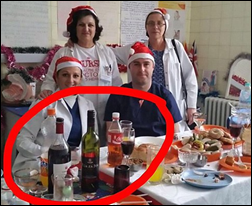 OB-GYN doctors and nurses at a hospital in Macedonia are fined when a nurse posts Facebook photos of their in-hospital New Year’s celebration that show alcohol, cigarettes, and cupcakes iced to look like vaginas. Photos of the latter item indicate that though their social media judgment is suspect, their eye for anatomical detail is admirable.