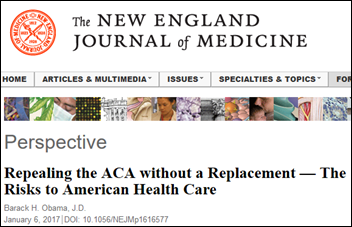 President Obama says in a NEJM opinion piece in which he denounces Republican intentions to repeal the Affordable Care Act before offering a solution of their own,

This approach of “repeal first and replace later” is, simply put, irresponsible — and could slowly bleed the healthcare system that all of us depend on. (And, though not my focus here, executive actions could have similar consequential negative effects on our health system.) If a repeal with a delay is enacted, the healthcare system will be standing on the edge of a cliff, resulting in uncertainty and, in some cases, harm beginning immediately. Insurance companies may not want to participate in the Health Insurance Marketplace in 2018 or may significantly increase prices to prepare for changes in the next year or two, partly to try to avoid the blame for any change that is unpopular. Physician practices may stop investing in new approaches to care coordination if Medicare’s Innovation Center is eliminated. Hospitals may have to cut back services and jobs in the short run in anticipation of the surge in uncompensated care that will result from rolling back the Medicaid expansion. Employers may have to reduce raises or delay hiring to plan for faster growth in healthcare costs without the current law’s cost-saving incentives. And people with preexisting conditions may fear losing lifesaving healthcare that may no longer be affordable or accessible. Furthermore, there is no guarantee of getting a second vote to avoid such a cliff, especially on something as difficult as comprehensive healthcare reform.

From Caraway: “Re: selling software to hospitals. What are the most important factors or strategies?” I’m not a salesperson, but my experience on the other end of the transaction leads me to these conclusions: 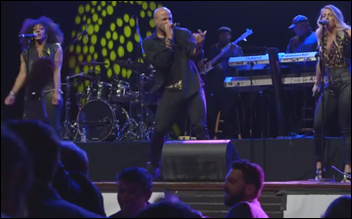 HIStalkapalooza sign-ups are open. Some fun comments added by those requesting tickets:

To answer questions asked in the requests: (a) Party on the Moon will indeed be on stage again; (b) shoe-related activity will abound; and (c) based on response so far, it appears that, as in the last couple of years, I’ll be able to invite everyone who requests a ticket (but if I don’t, providers come first).

Note: the overly large photo above serves as an eye-catcher – every year, people (usually executives or their assistants bristling with self-importance) waste my time in claiming they religiously study every single HIStalk word I write, yet somehow missed the many, many times I mentioned that signups are open and thus didn’t request the ticket they absolutely must have. I’ll just send them a screenshot of the announcements like this. The party is for readers and I feel no obligation to someone who clearly isn’t one. Your life (and certainly mine) won’t be irreparably damaged if you have to find something else to do Monday evening because you weren’t paying attention.

Three-fourths of poll respondents say doctors should be held accountable for patient satisfaction results. A couple of folks question why it’s just physicians and not the front office and billing people who are on the hook, while others think it’s OK to measure and report patient satisfaction but not OK to tie the results to compensation. Others note that patients are subject to the usual maddening human variability (see: Yelp reviews) and will ding the doc because their hospital meals were under-salted or they were told to lose weight. Meltoots gives examples of risking satisfaction survey retribution by doing the right thing – making patients get out of bed and refusing their demand for narcotics, no different for scoring a teacher highly because they never give homework.

New poll to your right or here: When did you last earn a significant promotion or leave for a better job? Some explanation would be nice – click the Comments link after voting. 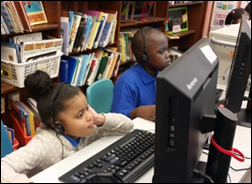 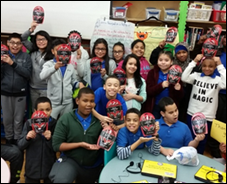 Mrs. M reports that students in her New York media classroom are using the headphones we provided in funding her DonorsChoose grant request for online learning and test-taking.

I was annoyed but unsurprised this week when I needed to send my doctor an insurance form and they said it had to be faxed – they don’t have the ability to accept a scanned document attached to an email. The person’s tone suggested that they are the innovators and I’m the Luddite for not having a fax machine at my eIbow. I pictured them tending their time capsule technology dressed in No Fear shirts, singing along with Right Said Fred, and stroking their Beanie Babies.

Listening: new from The Dogs, an apparently nearly unknown Norway-based punk rock band whose raw, angry sound is reminiscent of the Pixies but with more sonically rich musical hooks, a fantastically growly organ, novella-like lyrics, and a killer stage presence. This is the antidote to lip-synching, fading divas and tedious, Auto-Tuned hip-hopper collaborations. If you don’t see puddles of sweat in front of the singer, you didn’t get your money’s worth. The Dogs earns my highest recommendation and would be amazing headlining my future low-rent version of HIStalkapalooza in a vacant lot with kegs and barbeque. I’m binge listening their whole catalog on Spotify and it’s exhilarating. Judging from their albums and concert video, this has to be one of the best bands in the world. 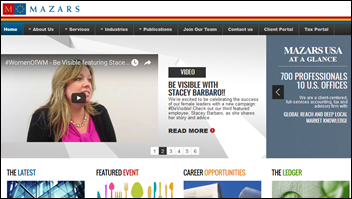 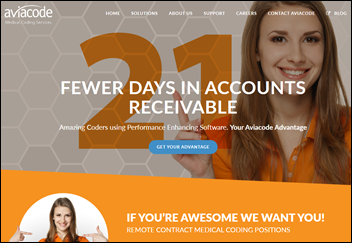 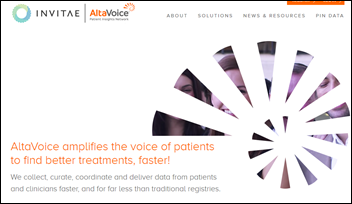 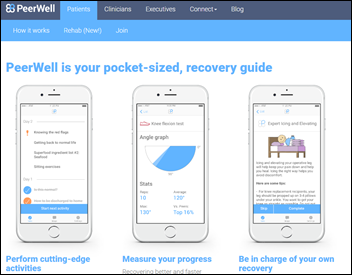 Detroit Lions defensive back Glover Quinn invests in PeerWell, whose app supports physical therapy rehab patients with exercise programs and the ability to perform their own range-of-motion measurements at home. The company has raised $2.1 million in a single November 2016 investment.

Prime Healthcare chooses Phynd to gather, manage, and share data on its 75,000 providers across 43 hospitals.

Huron Consulting Group promotes John Kelly to EVP/CFO and names EVP/COO Mark Hussey as interim healthcare practice leader. Hussey replaces Gordon Mountford, who has left the company. HURN shares are down 17 percent in the past year, valuing the company at $958 million.

ZH Healthcare (never heard of them) launches a “new unified brand” of blue EHR , unleashing a torrent of buzzwords: “enhance the power of world-leading malleable and customizable EHR … The brand stands for stability, strength and trust that clients place in our solution. The color blue speaks to infinite capabilities.” Kudos to whatever marketing firm profitably convinced the company that they ‘re adding value in cooking up this gibberish, although slipping in “malleable” was pretty cool assuming it doesn’t refer to frustrated users beating their PCs with a hammer. 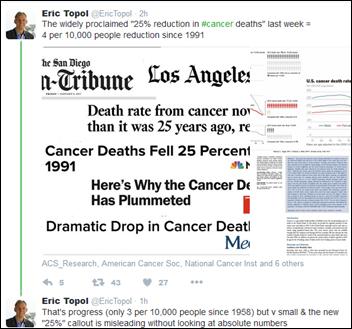 Eric Topol, MD is unhappy with the way reporters hype a tiny decline in cancer deaths over nearly 60 years in hyping a 25 percent decrease since 1991. 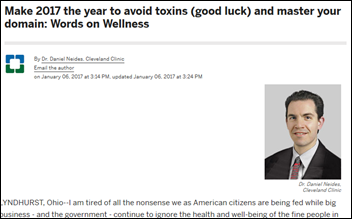 A rant by the medical director/COO of the Cleveland Clinic Wellness Institute highlights the awkward situation that can result when a traditional, respected medical institution launches a trendy alternative / integrative medicine operation whose beliefs are not only different, but sometimes scientifically sketchy. Daniel Neides, MD says he is “tired of all the nonsense” as government and businesses force us “to live in a toxic soup.” He should have stopped in that weird but safe ground, but then launched into a Jenny McCarthy-like tirade against the preservatives in vaccines, confidently opining that ADHD is a thing not because it has been defined as a disorder and parents encourage overdiagnosis, but because “something(s) are over-burdening our ability to detoxify.” He doesn’t suggest refusing vaccinations, at least, only recommending that parents talk to their doctor about timing of the injections for their children. A predictable firestorm ensued, with Cleveland Clinic issuing a terse statement that Neides won’t be doing interviews and that his opinion piece doesn’t reflect its position. 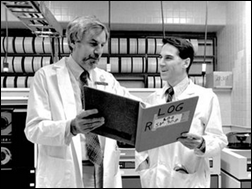 The Boston Globe profiles Warner Slack, MD, a medical school professor who developed a patient computer questionnaire in Wisconsin in the mid-1960s. One of his students was Epic CEO Judy Faulkner. The article debates whether interoperability will ever be prevalent, quoting Slack as saying he’s disappointed that EHRs aren’t providing more benefits to patients.