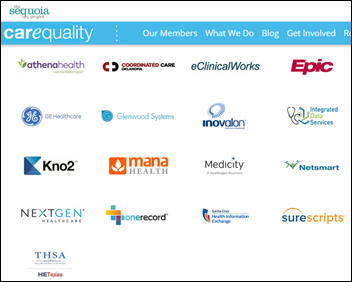 CommonWell Health Alliance and Carequality will connect their respective systems, allowing their members to share information.

Most notable (but unstated) in the announcement is that Epic uses Carequality’s Interoperability Framework but is a notorious non-participant in CommonWell, with the agreement potentially allowing Epic to connect to other systems outside of its own proprietary connectivity suite. Likewise, Cerner is a CommonWell founding member but doesn’t participate in Carequality. 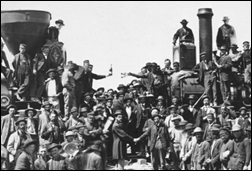 I’m not sure if the announcement can be accurately characterized as health IT’s version of the transcontinental railroad’s golden spike, but it has potential to become a significant joining of the patient data tracks, assuming of course that competing health systems are actually willing rather than conveniently unable to exchange patient information.

From Much Too Much: “Re: HIMSS17 registration list. Vendors received it Friday. For the first time, this list does not include a postal address. Vendors wishing to send direct mail will have to have the campaign approved by HIMSS and then use HIMSS preferred mailing vendor. The cynic says this is just expanded vendor extortion, while the optimist says that maybe we’ll get less junk in the mail before the conference.” I surmise that the motivation was income rather than junk mail curtailment. However, from a purely economics standpoint, HIMSS should keep raising the exorbitant prices it charges vendors for the annual conference until they push back by not participating. The frenzy to rack up HIMSS points to allow spending even more money on prime exhibit hall square footage suggests that the supply-demand curves do not yet intersect. 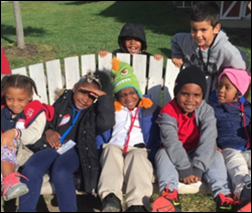 HIStalk reader Mike sent a DonorsChoose donation that, with some pretty amazing matching money, will give Ms. A’s fourth grade class in Stone Mountain, GA an iPad Air, Amazon Echo, and Amazon Fire and also economics books and games for Mrs. M’s gifted classes in Springdale, AR. Mrs. M responded, “It is so exciting to have others help in providing amazing resources to my students. Your generosity is appreciated more than you can imagine! I can not wait to receive these resources to share with my students! Your help allows my students to experience hands-on real world economics.” 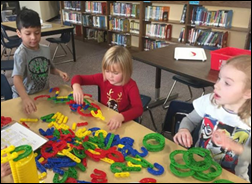 Mrs. G in Wisconsin says the best part of the day for her elementary school students is using the makerspace materials we provided in funding her DonorsChoose grant request, as their confidence is growing from making decisions together as teams.

Listening: the latest album from Australia-based Wolfmother, which is down to just one of its three original members but still rocks it out well in the fashion of Black Sabbath or perhaps Led Zeppelin. If rock ever makes a comeback, these guys should be part of it.

Here’s the recording of the recent webinar titled “Charting a Course to Digital Transformation – Start Your Journey with a Map and Compass.” 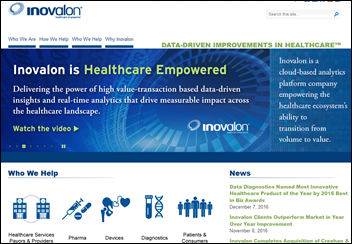 Analytics vendor Inovalon lowers full-year revenue and earnings guidance after a collaboration agreement with an unnamed partner fell through last week unrelated to the company’s offerings. Inovalon expects annual revenue of $426 million instead of $470 million and net income of $25 million vs. the previous guidance of $43 million. Shares were predictably hammered on the news, shedding 36 percent of their value by the market’s close on Tuesday. INOV shares are down 64 percent in the past year vs. the Nasdaq’s 12.5 percent increase. 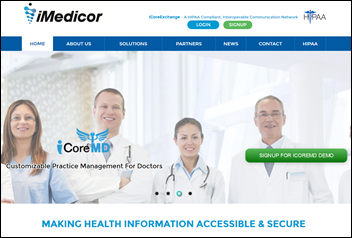 EHR vendor IMedicor warns that three of its financial statements from 2014 and 2015 should not be relied on because they misstated liabilities that were later discovered in a year-end audit. The amount involved was only $471,000, however, caused by double-recording the same set of warrants in two accounts. The greater question might be how a money-losing company with a market cap of barely $1 million can afford to remain publicly traded with a current share price of $0.0009, which suddenly makes that $471K seem more significant. 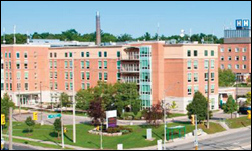 Tom Clark (Direct Recruiters) joins Direct Consulting Associates as VP of operations. He is a former US Army captain and Airborne Ranger.

The American Heart Association, AMA, DHX Group, and HIMSS launch the non-profit Xcertia, which will establish best practices for mobile health apps. It’s the second time around for Xcertia, having been originally announced a year ago under the direction of Columbia University and vendor Social Wellth, which bought the assets of defunct health app certification vendor Happtique in December 2014 and created its own app guidelines. SocialWellth CEO David Vinson created the non-profit DHX along with the AHIP insurance company trade group with the intention of offering app certification, which apparently isn’t a priority for Xcertia 2.0.

Black Book’s 2016 RCM survey finds that hospital outsourcing of complex claims has jumped from 20 percent to 40 percent in the past three years, with hospitals that previously wrote off those claims because of the effort and expertise required to pursue them realizing they were leaving significant money on the table.

Another Black Book survey finds that competing priorities have killed off hospital ERP implementations, with just a 29 percent penetration and 2 percent growth in 2015. Shockingly, more than one-third of those hospitals that have bought ERP systems aren’t keeping up with available upgrades, rendering those systems basically obsolete. More than half of hospital C-suite executives admit that they didn’t really understand their supply chain (which represents nearly a third of hospital budgets) until the move to value-based care forced them to dive deeper.

Consulting firm RTI International and Validic partner to optimize the use of wearable consumer sensors in health research.

Centralized tele-ICU programs can increase case volume by 44 percent and contribution margins by 665 percent, according to a journal-accepted study by UMass Memorial Medical Center (MA), which uses Philips eICU. 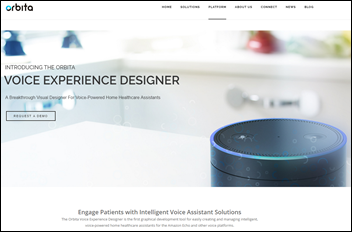 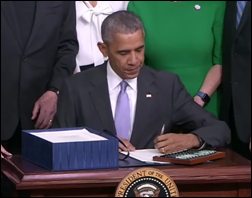 CMS’s chief data officer Niall Brennan is among the federal political appointees leaving their jobs (voluntarily or otherwise) with the administration change. He will be replaced in interim by Office of Enterprise Data and Analytics Deputy Director Christine Cox.

The VA creates a website for its Digital Health Platform, which describes its approach and includes use case videos. Previously issued documents indicate that the VA plans to acquire five system components: 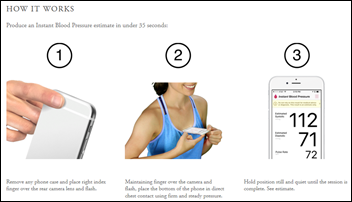 The FTC settles consumer deception charges it had brought against Aura Labs, which sold $600,000 worth of its $4, smartphone camera-based Instant Blood Pressure app that it falsely claimed to be as accurate as a blood pressure cuff. 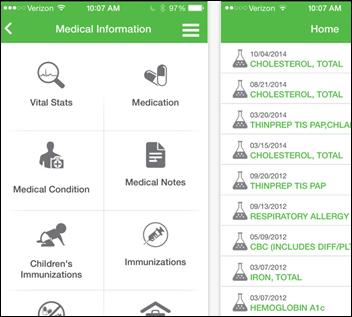 Quest Diagnostics notifies 34,000 people that a hacker has breached its systems via a vulnerability in its MyQuest mobile app, exposing their demographic information and lab results. The app also allows users to record their provider contact information, prescription information, allergies, and health statistics.

Financial consulting firm PwC threatens legal action against a security advisory firm that had warned it of a vulnerability in a PwC-developed security tool, insisting that the company not go public with details. PwC says it has fixed the problem and says the security firm wasn’t licensed to work with its software. The security firm ignored the warning and published its security advisory anyway.

Grammar matters: Russian hackers were able to penetrate the Democratic National Committee’s email system even though a Clinton campaign aide intercepted a phishing email sent to Campaign Chairman John Podesta. In his haste to alert Podesta, the aide mistyped “illegitimate email” as “legitimate email” in his urgent warning, after which Podesta obligingly clicked the phony password update link that compromised his account.

Cost estimates for the California prison system’s implementation of Cerner have doubled to $400 million in the past three years as the state realized it signed a contract that omitted the cost of maintenance, hardware replacement, mobile devices, additional required software, and dental recordkeeping capability. The federally appointed receiver in charge of the system mostly blames Cerner, which is being paid $177 million over 11 years, but also says his own office bears considerable responsibility for the overrun in missing several required items. He also says employees are struggling to learn the system, doctors don’t like doing their own data entry and are seeing one-third fewer patients due to the extra work required, and the pharmacy system was “damn near unusable” due to design and implementation problems. The state turned control of the prison healthcare system to the federal government in 2006 to settle lawsuits claiming that poor inmate care constituted cruel and unusual punishment. The receiver’s budget has since doubled to $1.9 billion per year.

The imaging system used by hospitals in South Australia goes down for six hours due to unspecified technical issues.

A report from Imprivata and the Ponemon Institute finds that misidentification of hospital patients is a regular occurrence and the average hospital loses $17 million per year due to rejected claims due to missing or incorrect patient information, with respondents favoring the implementation of biometric ID at registration to improve both situations.

In England, an woman dies after a hospital admits her for a broken arm but then fails to send anyone to treat her for several days. The hospital had changed the way it lets doctors know they have new patients, moving from an old-school whiteboard to an email-based program. The patient shared a first name with another patient and the unit secretary mistakenly removed the woman’s name thinking it was a duplicate entry. 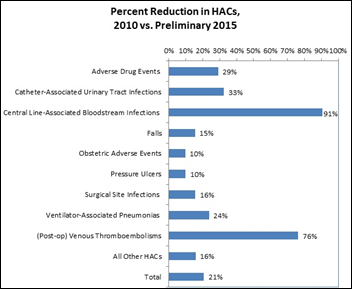 AHRQ reports that hospital-acquired conditions are down 21 percent since 2010, with potential savings of 37,000 lives and $28 billion in costs. I guess the good news is that hospitals still harm and kill people every day with their screw-ups, but at least less often than they used to.

A city in Japan offers free barcoded, personalized fingernail stickers for people with dementia who are prone to wandering, allowing police to scan the QR code to find their families. Stickers were already being attached to shoes or items of clothing, but those weren’t always being worn when needed.

A study finds that veterans with dementia who use the VA healthcare system and who also receive Medicare benefits have twice the odds of medication problems due to lack of connectivity between VA and non-VA doctors. 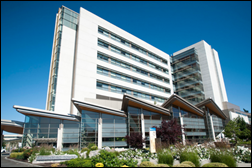 The bond ratings agency of PeaceHealth (WA) notes that its $293 million Epic implementation costs have temporarily hurt its margins. The same agency reviews Seattle Cancer Care Alliance (WA), which it says is considering replacing its EHR  (it doesn’t say which one, but I think they’re running Cerner and they have listed Epic jobs). 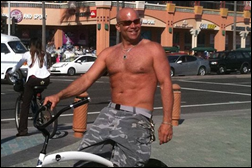 Here’s a frontlines report from the war on drugs. The owner of a chain of “clean and sober” residential drug recovery centers called “I.C. Clean People” in Washington State is arrested for drug trafficking, with a raid on his office turning up crystal meth, heroin, marijuana, oxycodone, methadone, and a loaded pistol.

Strange: a mother sues the hospital where she gave birth in a 2012 incident in which employees mistakenly gave her newborn baby to another mom to be breastfed. Abbott Northwestern Hospital (MN) says it has since switched to electronic bracelet baby-mother matching. 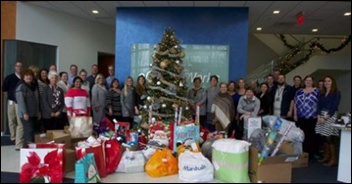