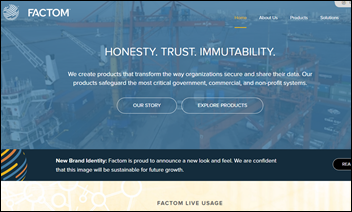 According to the company’s CEO, “Our goal with this new partnership is to demonstrate how global identity and record-keeping as a public utility is possible. We hope to show how individuals can manage important, private records like medical records using very simple tools and a lot of backend cryptography. My belief is that the blockchain will be used more and more over time for these aims. If we all follow these core beliefs, we will get to a very, very good place in this world.” 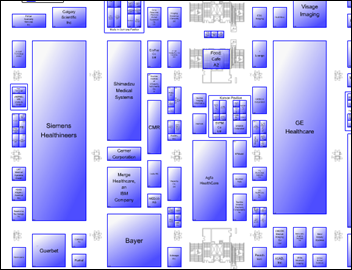 From John: “Re: MGMA and HIMSS booth sizes. RSNA’s exhibit hall demonstrates where the real money is made.” RSNA’s exhibit hall floor plan shows that three companies bought space of 20,000+ square feet, or about a half acre: GE Healthcare, Philips, and Siemens Healthineers, with Toshiba and Hitachi not far behind. Providers who order excessive numbers of imaging studies to pay for the machines they bought are also underwriting that kind of excess, as are we taxpayers who are stuck with Medicare and Medicaid bills. In addition, every one of those big-booth vendors are foreign companies, taking the profits from our screwed-up healthcare system back to England, Netherlands, Germany, and Japan. The WHO health system performance ranking of their home countries is not only better than ours (coming in at #18, 17, 25, and 10, respectively, vs. our pitiful #37) but a lot less costly, a fact the starry-eyed RSNA attendees are not likely to appreciate since our ridiculous healthcare costs fund their nice incomes and conference attendance.

About 60 percent of poll respondents expect their companies to fare as well or better under a Trump presidency than now. CIO Looking says the ACA cost him his job because his financially stable community hospital was forced to join a larger health system, so he or she at least expects to be employed under a Trump presidency. HITgeek says the real problem is Congress and Trump’s appointments and urges people to take advantage of the Notice of Proposed Rule-Making comment period by adding thoughtful, fact-based responses.

New poll to your right or here: which social media services do you use professionally? “Use” means whatever you want it to mean – maybe you post content on a particular site or maybe you just check it out for business purposes occasionally. 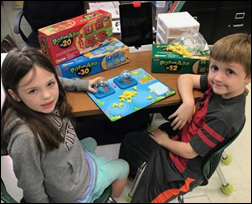 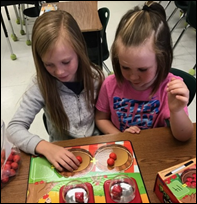 We provided math manipulatives for Mrs. B’s first grade class in Texas by funding her DonorsChoose grant request. She reports, “With these games, we have been able to further our addition and subtraction skills. My students love playing these games and work very well together while playing them. Kids today need hands-on manipulatives that excite and motivate them to learn.”

Meanwhile, a generous vendor has provided significant matching funds to double the impact of donations (actually it’s more like quadruple in some cases since many DonorsChoose projects already include match offers). You can donate as follow:

December 6 (Tuesday) 1:00 ET. “Get Ready for Blockchain’s Disruption.” Sponsored by PokitDok. Presenter: Theodore Tanner, Jr., co-founder and CTO, PokitDok. EHR-to-EHR data exchange alone can’t support healthcare’s move to value-based care and its increased consumer focus. Blockchain will disrupt the interoperability status quo with its capability to support a seamless healthcare experience by centralizing, securing, and orchestrating disparate information. Attendees of this webinar will be able to confidently describe how blockchain works technically, how it’s being used, and the healthcare opportunities it creates. They will also get a preview of DokChain, the first-ever running implementation of blockchain in healthcare.

December 7 (Wednesday) 1:00 ET. “Charting a Course to Digital Transformation – Start Your Journey with a Map and Compass.” Sponsored by Sutherland Healthcare Solutions. Presenters: Jack Phillips, CEO, International Institute for Analytics; Graham Hughes, MD, CEO, Sutherland Healthcare Solutions. The digital era is disrupting every industry and healthcare is no exception. Emerging technologies will introduce challenges and opportunities to transform operations and raise the bar of consumer experience. Success in this new era requires a new way of thinking, new skills, and new technologies to help your organization embrace digital health. In this webinar, we’ll demonstrate how to measure your organization’s analytics maturity and design a strategy to digital transformation. 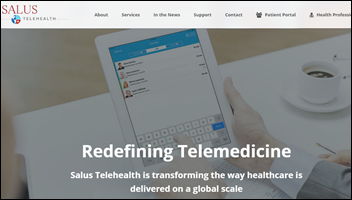 Salus Telehealth chooses a new board of directors following its merger last month with VideoMedicine. 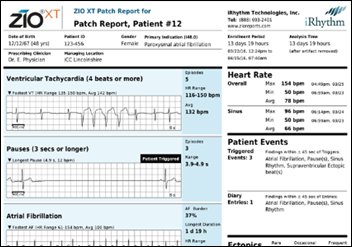 A study finds that extended, continuous cardiac monitoring using the Zio system of IRhythm Technologies performs better than Holter monitoring in detecting arrhythmias. Patients wear the Zio Patch for 14 days, then mail it in for analysis. Shares in the company have jumped 23 percent since their October 20 IPO, valuing it at $644 million.

The University of Toronto profiles its researchers who tested their lab-on-a-chip measles and rubella screening technology at a refugee camp hospital in a remote part of Kenya. They created their system using 3D-printed components and open source hardware. The 15-member digital microfluidics team, which ranges from undergrads through post-docs, wants to create a rugged, solar-powered system that locals can transport on motorcycles and operate themselves.

The American Medical Association adopts principles regarding mHealth applications, acknowledging the need for clinical evidence to help weed out the unsafe ones. The principles are fairly predictable, including AMA’s insistence that apps maintain the physician-patient relationship and that doctors who provide services through the app be licensed in the state where the patient is located.

John Halamka, MD weighs in on the impact of a Trump presidency on health IT. He predicts: 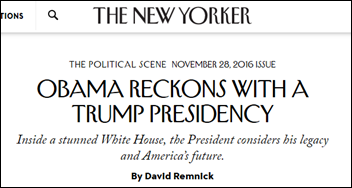 But at some point, when the problem is not just Uber but driverless Uber, when radiologists are losing their jobs to A.I., then we’re going to have to figure out how do we maintain a cohesive society and a cohesive democracy in which productivity and wealth generation are not automatically linked to how many hours you put in, where the links between production and distribution are broken, in some sense. Because I can sit in my office, do a bunch of stuff, send it out over the Internet, and suddenly I just made a couple of million bucks, and the person who’s looking after my kid while I’m doing that has no leverage to get paid more than ten bucks an hour. 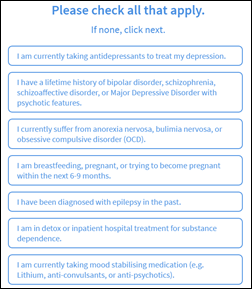 Yale startup Spring, which offers a 10-minute machine learning-powered online questionnaire that suggests the best antidepressant for a given patient, wins the Harvard-Yale Pitchoff.

Perhaps this headline’s error was a Freudian slip suggesting either hospital body area specialization or mediocrity.

In England, NHS trusts are running over their maximum allowed annual deficit six months into the fiscal year and despite an $1.1 billion emergency government infusion. The CEO of NHS Confederation blames budget cuts, especially in the areas of social care, mental health, and public health. On the positive side, 142 trusts reported a YTD deficit through Q2 vs. 182 in the same period last year and total expense has been reduced by 2.9 percent.

Drug maker Pfizer sues the Texas Health and Human Services Commission for providing Medicaid rebate data to to state lawmakers, saying the agency compromised the company’s trade secrets and will harm the state’s Medicaid program because Pfizer may stop offering the rebates if other large purchasers demand the same prices.

A study finds that nearby retail clinics don’t reduce the number of unnecessary ED visits for “treat and release” conditions such as flu, respiratory infections, and urinary tract infections. The authors note that their numbers may have been skewed by patients who wouldn’t have sought treatment at all until retail clinics came along, the number of patients seen in a retail clinic whose conditions required an ED visit anyway, and the fact that most of those clinics don’t accept Medicaid.