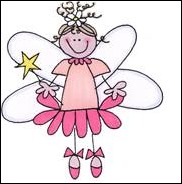 There has been a fair amount of swirl and churn with my clients this week as they begin to digest the recently-released MACRA Final Rule. It was released with a comment period, which seems to be having some unintended consequences. Some organizations are interpreting the presence of the comment period as a license to continue to stall in their preparation efforts, as if some magical MACRA Fairy is going to swoop down and change the requirements.

It’s been tough to get some of them moving again, because they stalled after the Proposed Rule and took on other projects. I keep preaching the idea of taking baby steps. Even if we don’t think it is truly final, just pick some subprojects and get moving. It’s a hard sell for some groups, however.

Being in the trenches with small to mid-sized practices is tough. There are a fair number of groups out there who still can’t manage to tackle the basics that haven’t changed in years, particularly on the business side. I see groups with high days in accounts receivable, low net collections, and more. Most of the issues are due to process problems such as being unable or unwilling to adopt essential revenue cycle best practices.

You wouldn’t believe the number of organizations that still haven’t grasped the concept of collecting the co-pay up front, which results in a lot of chasing after the fact. Others aren’t performing insurance eligibility checks so that they know whether the patient needs to be self-pay or not. Yet others don’t have their contracts loaded into their practice management system, which makes it difficult to know whether insurers are paying as expected.

These business processes are fairly cut and dried and haven’t changed in quite some time, so when you see organizations that can’t handle them, it throws up red flags about their ability to handle change in their clinical operations. Medical billing systems were among the first pieces of automation added to the medical practice and quite a few vendors have extremely mature platforms. Compared to the relative immaturity of some clinical platforms and the constantly changing federal requirements, it feels like the business piece should just be more solid.

I also see a fair number of practices that don’t have disaster recovery figured out. No part of the country is immune from natural disasters and there are always the “small things” like power outages, disrupted data lines, water line breaks, etc. to potentially disrupt practice operations. At this point, everyone should have a business continuity plan and disaster recovery plan. For those practices that are still stalling around MACRA requirements, I’m trying to push them to go ahead and address those issues so at least they are doing something and creating some kind of positive momentum for their organization.

One of the practices I’m working with right now that is stalling the most is one where the owner is contemplating retirement just to get away from it all. He’s in his late 50s, so I wouldn’t exactly call him retirement age, but he isn’t sure he wants to move forward with all that is being asked of him. It would be one thing if he was waffling and he only had himself to consider, but there is a relatively new physician who joined his practice in the hopes of possibly buying it in a few years. They’ve dabbled in Meaningful Use in the past, but barriers like not having a patient portal block their progress. Even though their vendor offers one, the owner isn’t willing to spend the money while he debates his future.

I don’t have insight into their contract arrangement, but the junior physician has let me know he has been having second thoughts about staying in the arrangement vs. looking at other employment options. They are both aware that there are a number of large groups and health systems that have open opportunities that I suspect offer comparable working conditions, salaries, and benefits, at least for the younger physician who is still building his patient panel. Unless he’s similarly committed to practicing outside the federal incentive / penalty scheme, one of those opportunities may start to look pretty attractive, which I think is adding to the stall factor in this case.

I’ve been spending a lot of time with the both of them trying to create a strategic roadmap for the practice. Does the senior one plan to retire? Will he sell to the junior one or to a health system? Will they close altogether? Will the junior one eventually make a move to force his employer’s hand? It’s like a soap opera and I’m caught in the middle of it. It’s a blend of change leadership training and relationship counseling but hey, it pays the bills.

On a personal level, my own practice has been reviewing the Final Rule as well. Even though we’ve opted out of Meaningful Use, it’s prudent to review the next iteration and determine whether we still want to stay out of it. I’m fairly confident we’re going to continue to just say no, but it’s refreshing to know that you are working with leaders who consider the options at various turning points so that you don’t wind up simply doing things because you’ve always done them that way or because that’s how you decided to do them before. Our owners are very deliberative and data driven and it’s been refreshing to work in that kind of an environment compared to the highly reactive environments I see with most of my consulting clients.

We’re currently focused on growth and have three new locations under construction, poised to open monthly from now through January. It’s been an interesting ride. I’m not entirely bought in regarding some of the locations they’ve picked for expansion, so we’ll have to see whether their forecasts actually play out. In the meantime, it’s been fun to work with people that are so focused on processes and outcomes, independent of any regulatory shackles.