McKesson will take a $290 million write-down of its Enterprise Information Solutions (Paragon) business due to “a decline in estimated cash flows” and says it is still seeking a buyer for it. As recently announced, it will retain only EIS and RelayHealth once it has divested its other health IT businesses into a new joint venture company to be formed with Change Healthcare, with closing expected in the first half of 2017 pending anti-trust review.

Technology Solutions revenue was down 6 percent with a loss of $174 million.

MCK shares dropped 13 percent in after-hours trading immediately following the announcement. They were already down 14 percent in the past year.

From Hush Hush Sweet Charlotte: “Re: McKesson. Apparently it’s really hard to send out a super confidential list of McKesson employees who are getting canned to the executive team without sending it to every employee in the business unit.”  A McKesson admin apparently mistakenly emails upcoming layoff details, including names and communication plans, to the whole business unit instead of just the executives. Anonymous commenters suggest that the Charlotte, NC-based Paragon group was hit hard Wednesday, especially in lab and ancillaries, but that’s not confirmed. An HIStalk reader says one-third of the EIS workforce was let go, some effective immediately and some “held hostage for severance benefits if they stay through March 2017.” McKesson was already trying to unload its EIS division — of which Paragon is key element along with other old systems like Star and HealthQuest – as part of its plan to get out of the health IT business by transferring the non-EIS assets to a new company formed with Change Healthcare. McKesson just announced a new version of Paragon this week, which probably gave the unfortunate salespeople a rare positive talking point right before the layoff rumors leaked out.

From LeftCoaster: “Re: CPT codes. The AMA fought hard to to keep ICD-10 from being implemented. The original ICD-10 PCS code scheme developed for the US contained codes that would have theoretically replaced CPT codes (both inpatient and outpatient procedures). We’re left with a mishmash of coding schemes with CPT for outpatients and ICD-10 PCS for inpatients.” Unverified.

From Persnicker: “Re: your (or is that ‘you’re’) favorite HIMSS publication. It’s not cool that it can’t spell ‘its.’” Americans just keep getting dumber in confusing the contraction “it’s” with the possessive “its.” I see that mistake every day, with a misuse rate of at least 50 percent. Looking at the half-full glass, I know I can immediately stop reading since I won’t trust whatever else the careless author is attempting to communicate.

I’ve used Bitdefender for PC security for years, and as I installed the latest upgrade to the 2017 version, I was thinking about how smooth the process is (even though years ago I initially resisted the idea of paying for ongoing AV protection as a subscription). Too bad healthcare software usually doesn’t work like this. It’s a smart, smooth, background installation; it installs in auto-pilot mode with no tinkering required; it hides its underpinnings from the user; it provides a Web-based dashboard for managing the devices covered under the subscription (up to five in the version I have); and it now includes ransomware protection. AV protection will never be fun, but Bitdefender is at least close to painless and it’s a pretty good deal at around $50 per year for up to five devices. I had high hopes for its $99 Bitdefender Box security appliance, but reviews are awful and the company doesn’t seem to talk it up much.

Here’s the recording of “Data Privacy/Insider Threat Mitigation: What Hospitals Can Learn From Other Industries” from earlier this week.

Quality Systems (NextGen, Mirth, and QSI Dental) releases Q2 results: revenue up 1 percent, adjusted EPS $0.23 vs. $0.21, beating analyst expectations for both. CEO Rusty Frantz declined to comment on rumors that the company is shopping its NextGen business. EHR vendor HealthFusion, which Quality Systems acquired a year ago for $190 million, had $5 million in bookings and $10 million in revenue.

Insurer Anthem will create 2,000 jobs at its new software development center in Atlanta. 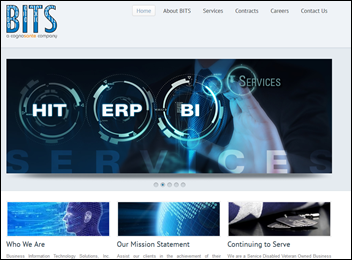 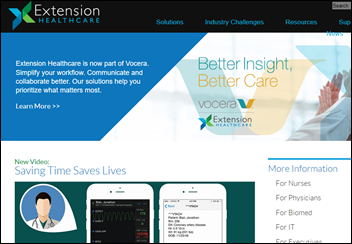 Vocera acquires Extension Healthcare for $55 million in cash. I reported the retrospectively correct rumor of Nasty Parts on October 19. 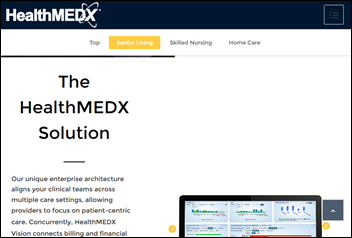 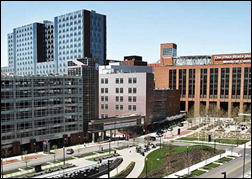 Vanderbilt Bone and Joint will use MyHealthDirect for Epic-integrated patient self-scheduling. 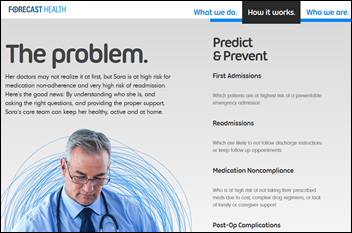 An actuarial study finds that Forecast Health’s predictive models are more accurate than those of its competitors in identifying potentially high-cost patients for early intervention. The Durham, NC-based company developed its analytical model with UNC Health Care. 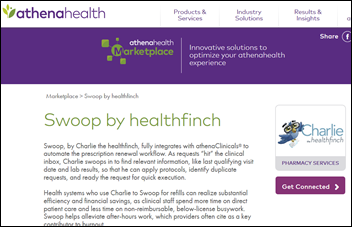 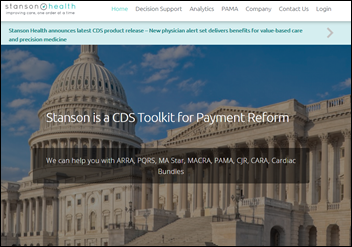 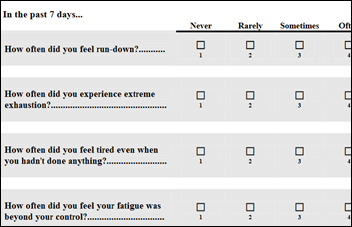 The NIH’s translational sciences group awards nine universities a $6.3 million grant to integrate the PROMIS patient-reported outcomes assessment with EHRs (including Epic and Cerner) so that the questionnaire omits irrelevant questions. 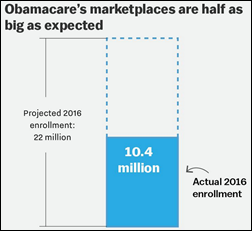 Less than half of the 22 million people that were expected to buy health insurance via the exchanges have actually done so, with the smaller number of enrollees – most of them self-selected because they’re sicker – driving insurers to drop their participation. The risk insurance program that protects insurers from signing up a disproportionate number of sicker policyholders will end this year since the original ACA legislation mistakenly assumed that the marketplace would have stable, high enrollment by now. 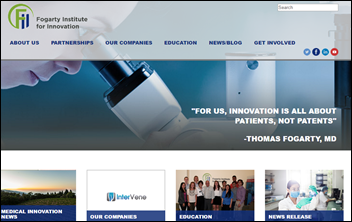 The local paper profiles non-profit Fogarty Institute for Innovation, which works out of El Camino Hospital (CA). Diagnostic image manipulation system vendor EchoPixel, whose product was probably the coolest thing I saw at the last HIMSS conference, is among the companies involved. Founder Thomas Fogarty, MD is a cardiovascular surgeon who invented the balloon catheter, founded 45 medical device companies, and holds 165 surgical instrument patents. He also owns Thomas Fogarty Winery and Vineyards, which he started in 1981.

Google cuts staff and dials back the continued rollout of its Google Fiber broadband service that is available in eight cities. Fiber deployment requires digging up streets to lay cable, but Google has acquired Webpass, which uses fiber-connected antennas that would allow Google to expand faster at a lower cost. Webpass, offered only in six metro areas, offers 1 gigabyte residential service for $60 per month. The downside is that it focuses on apartment buildings and condos with at least 10 units since a central antenna must be installed.  Some Webpass reviewers also complain of the “Netflix effect” in which speeds slow to a crawl between 6:00 and 10:00 p.m.

Cleveland Clinic names FHIR as one of its top 10 medical innovations for 2017. 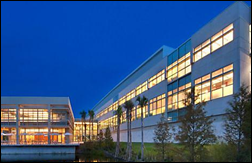 The Orlando paper covers Sanford Burnham Institute, a California-based research organization that was supposed to create the centerpiece of a Lake Nona life sciences complex called Medical City that failed despite having spent $350 million worth of public and private incentives. The VA and Nemours Children’s Hospital committed to building there and University of Central Florida put its medical school in Lake Nona despite its distance from the main campus and local hospitals. University of Florida just declined to take over the Lake Nona operation of the Institute, making it likely that it will shut down entirely. 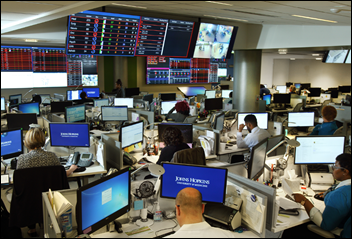 The Johns Hopkins Hospital (MD) launches a Capacity Command Center that was designed and built by GE Healthcare. It uses engineering and predictive analytics to manage patient movement and experience, fed by alerts from 14 IT systems. The hospital reports faster inboarding of transfers, faster bed assignment for ED patients, improved morning discharges, and reduced OR transfer delays.

In Nepal, government hospitals say they can’t expand outpatient hours from 10:00 a.m. to 5:00 p.m. because their doctors skip work during the day for jobs in private clinics. Paying them extra and forcing them to clock in and out didn’t help, so hospitals have decided to publicly post each doctor’s hours on his or her nameplate, hoping patients will complain if their doctor has ducked out to moonlight.

This case should keep jurors awake. A New Orleans plastic surgeon accused of raping his former wife and recording unconscious patients without their consent sues his former business partner for cashing $3.8 million in unauthorized checks. In an unrelated incident, the former partner is charged with crashing his Lamborghini into a wall at 118 miles per hour while intoxicated, killing his passenger. He accuses the surgeon of using him to pay $375,000 in severance for an employee with whom the surgeon was carrying on a sexual relationship.

Weird News Andy opines that a UK woman’s 132-pound “tumour” (as reported in an English newspaper) is actually a “fourmour” and maybe even a “fivemour.”