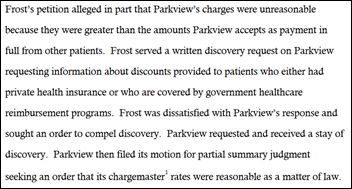 The legal effort by Parkview Hospital (IN) to keep its chargemaster prices and insurance discounts secret fails, forcing it to provide the information demanded by an uninsured patient who sued the hospital after receiving a bill for $625,000 for a three-month stay after a car accident. The patient says the bill isn’t reasonable since the hospital discounts its services to insurance companies while charging uninsured patients list price. The state’s Hospital Lien Act allows patients to negotiate bills when a hospital files a collection lien against them. 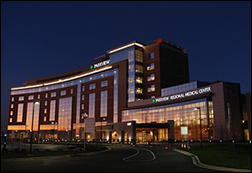 The hospital’s attorney argues that insurers are given discounts because of the patient volume they provide and that the patient’s guardian signed a an admission agreement that included a 35-word “agreement to pay” paragraph. “We don’t think a person who is not a member of the club should get the benefits of the club,” he said. Other healthcare lawyers say hospitals don’t have a choice in offering discounts because insurers won’t sign a contract with them otherwise.

Legal experts say that if their debt collection practices are questioned by a ruling for the plaintiff in this case, hospitals will probably switch tactics to instead use breach of contract lawsuits, which have favorable legal precedents in Indiana.

A billing expert hired by the patient concludes that the reasonable value of the services he received was $247,000, which would represent a 60 percent discount to billed amount.

From Stick and Rudder Man: “Re: Epic. Does its Boost program even exist? Our experience from making requests is that no one is ever available. Recent networking with other clients suggests that our experience is not unique.” I’m not familiar with that program and found no references to it on Epic’s site, so I’ll ask knowledgeable readers to comment. 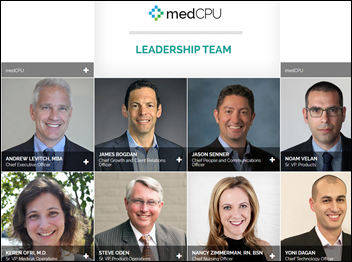 From Golan Heights: “Re: MedCPU. Looks like leadership change.” I didn’t see an announcement, but comparing old vs. new versions of the company’s executive page calls out the removal of the company’s two co-founders, promotion of the CFO to the CEO position, and the departure of two other executives. MedCPU has raised $51 million, $35 million of it in May 2016.

From Block and Tackle: “Re: HIStalk. It’s being blocked in the Middle East countries, which I experienced when traveling to Bahrain and Dubai over the past two weeks. Not sure if you care much about getting traffic from there, although given the level of IT activities and the global nature of your sponsorship base, it could be an expansion opportunity. Not getting our weekly dose of HIStalk news causes a lot of anguish!” I’ve heard that before, although reports were inconsistent.

Attention speakers and Webinar presenters: people hate it when you: (a) read from your slides; (b) place your pitch ahead of the educational needs of your attendees; (c) cram too much material on your slides; and (d) talk too much about yourself and your employer. I’ll side with the majority: PowerPoint, when used by unskilled presenters as a Teleprompter instead of as a visual aid to complement their enthusiastic and not overly rehearsed verbal narrative, is pure evil.

New poll to your right or here: how much of your work day involves talking about patients and their needs? 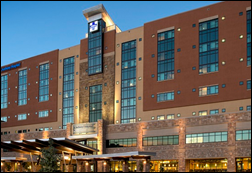 Thanks to the IT department of Centura Health (CO), which raised $1,500 for my DonorsChoose project, doubling last year’s total. I applied matching funds in fulfilling these STEM-related grant requests Friday and have already received grateful emails from all of the teachers. Classroom photos will follow once the students begin using their new materials.

I also received a donation from Mark and Tammy, which provided programmable robots for Mrs. E’s elementary school class in Greenwood, SC.

Welcome to new HIStalk Platinum Sponsor Black Book. The Tampa, FL-based company offers unbiased, transparently collected, survey-powered research services such as Black Book Rankings, vendor comparisons, customer satisfaction, and market and competitive intelligence. It measures image, attitudes, opinions, awareness, and market share. Users are invited to participate in its user satisfaction and loyalty surveys via its app, with their responses validated using sophisticated data quality tools to ensure accurate, authentic results. Kudos to the company for recently fine-tuning its methodology after noticing and fixing questionable results caused by hospitals completing surveys on behalf of their EHR affiliates, which it likened to a salesperson rating their own merchandise. Here’s the best part: nobody at Black Book has a financial interest in a vendor; the company doesn’t allow companies to pay to participate; and vendors don’t get to review the results until they’re published for the whole world to see. Thanks to Black Book for supporting HIStalk.

I’ve worked in hospitals affected by hurricanes. I would be interested in hearing about your experience with Hurricane Matthew. People might forget that while they’re being urged to evacuate or stay home, hospitals are being staffed by people who are protecting someone else’s family instead of their own.

November 9 (Wednesday) 1:00 ET. “How to Create Healthcare Apps That Get Used and Maybe Even Loved.” Sponsored by MedData. Presenter: Jeff Harper, founder and CEO, Duet Health. Patients, clinicians, and hospital employees are also consumers who manage many aspects of their non-medical lives on their mobile devices. Don’t crush their high technology expectations with poorly designed, seldom used apps that tarnish your carefully protected image. Your app represents your brand and carries high expectations on both sides. This webinar will describe how to build a mobile healthcare app that puts the user first, meets their needs (which are often different from their wants), creates "stickiness," and delivers the expected benefits to everyone involved. 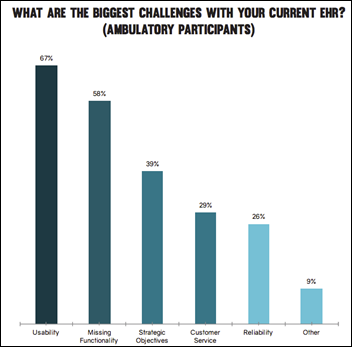 Peer60 publishes “The Physician’s Take on EHR Suppliers 2016,” which surveyed around 1,000 doctors (75 percent of them in ambulatory practice) about EHRs. Adoption was 85 percent, with the most common systems being those from Epic, Cerner, and Allscripts. Most respondents say they aren’t planning to replace their current systems. Top-ranked Epic joined its competitors in scoring low in Net Promoter Score, but few of Epic’s users reported specific problems or plans to replace it. Usability topped the list of user concerns for all systems, while first-time adopters say cost is what’s holding them back. As Peer60 points out, the market seems to violate Economics 101 in that users are nearly universally unsatisfied with their systems, but don’t see more attractive alternatives.

The health minister of Australia apologizes to doctors for publishing a file of de-identified claims data covering 10 percent of the country’s population that was quickly re-identified by researchers who matched the records with other publicly available datasets.

A small study finds that paramedic documentation improves significantly when they are equipped with body-work video cameras that allow them to review their work afterward.

The Green Beret brother of Maggie Stack, who played the lead role in the Epic UGM production of “Alice in Wonderland” two weeks ago, was killed by an IED while on patrol in Afghanistan last week. Staff Sgt. Adam S. Thomas of the 10th Special Forces Group (Airborne), 31, had earned several Army medals in deployments to Iraq and Afghanistan. ISIS has claimed responsibility for his death.

Vince and Elise close out their “Rating the Ratings” series with ideas on a “do it yourself” rating.