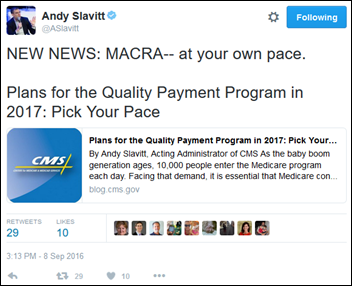 The AMA has already issued a statement saying it “strongly applauds” the change.

From Concerned Longtime Customer: “Re: Epic’s succession plan. I don’t see how Carl won’t succeed Judy. He’s who you go to with big problems and he and Judy have similar gravitas in communicating a future direction in an artful way. I had not considered the Sumit possibility, but I see a clear drop-off since he speaks in buzzwords and cliches about how things are going to be ‘cool,’ ‘awesome,’ and I think he even pulled out an ‘insanely great’ one time. He impressed me as someone trying to play the part of Steve Jobs who doesn’t have an authentic vision of his own that reflects our needs. I have concerns about how much longer Carl will last than Judy and hope very much that Epic’s bench is deeper than I’ve seen.”

From Hissing Viper: “Re: a new nurse poll. It finds that 92 percent are dissatisfied with EHRs.” It’s always a good idea to check sources when reading health IT articles written by freelance, newly graduated authors who also craft beauty and fashion pieces.

[Caution: geek alert]. Several readers reported that the main HIStalk page wasn’t displaying my most recent posts due to what appeared to be some sort of caching problem, which started happening all of a sudden even though I hadn’t changed anything. I spent a ton of time trying to figure it out, working with my web host, the virtual firewall company, and an offshore guy I hired for $30. Nobody could determine what was happening, although I could see “Cache-Control:max-age=172800” headers being generated by my server from somewhere. I finally lost patience and brute forced a fix by adding “ExpiresActive Off” to the .htaccess file. I don’t like adding fixes that I don’t fully understand to address a problem that I also don’t fully understand, but at least it seems to be working. 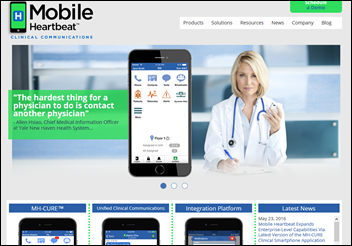 For-profit hospital operator HCA will acquire Mobile Heartbeat, whose clinical communications technologies it had previously piloted. The company will continue to operate as a wholly owned subsidiary of HCA. 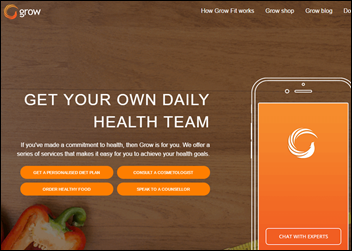 In what surely must be one of the oddest acquisitions by a health IT company, health coaching chat vendor Grow Fit acquires nutritional beverage vendor Drink King (I’m not sure if the pun is intentional). Both companies are in India. 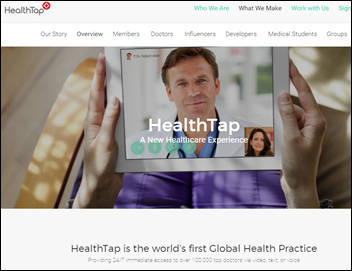 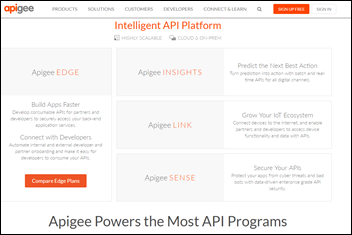 Google acquires API vendor Apigee for $625 million in cash. One of the company’s customers is Walgreens, which uses Apigee’s technology for ordering photo prints and managing prescription refills and transfers. Other healthcare users are McKesson, Humana, and Kaiser Permanente. 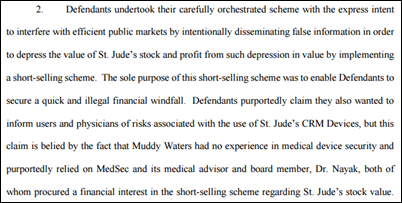 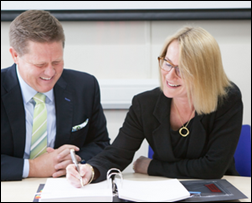 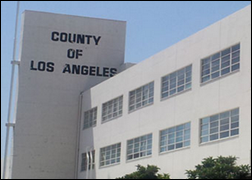 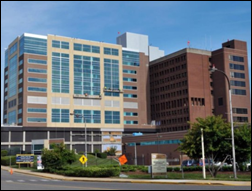 Inova (VA) selects clinical decision support and analytics from Stanson Health to provide patient- and context-specific evidence-based recommendations at the point of care. 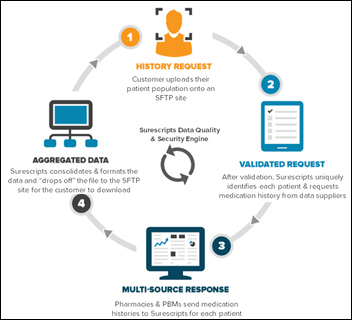 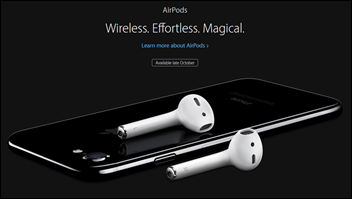 Apple announces yet another annual round of marginally improved iPhones that will inexplicably create Apple Store lines of fanboys desperately seeking personal validation via loss of their headphone jack , the addition of waterproofing, and slightly less crappy cameras, none of which are compelling reasons to replace my iPhone 5. The company will also offer Pokemon Go for the Apple Watch, pairing a rapidly fading star with an already-faded one. The company once known for universe-denting innovation is now milking the cash cow via planned obsolescence and piling on pointless features hoping to entice overly loyal fans to ante up yet again in Apple’s form of hardware annual subscription pricing. The iPhone holds only 15 percent of the world smartphone market and these dull announcements aren’t likely to boost that number. Apple announced nothing for the ancient Mac product line. It sounds like the company is perfectly suited for its rumored entry into healthcare. 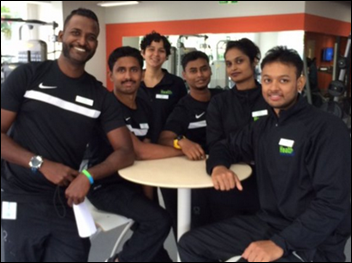 Cerner opens a clinic and health center for the 2,200 employees of its Bangalore, India campus, which technically gives the company its first Millennium client in that country.

Blue Cross Blue Shield of Arizona steps in to offer an ACA insurance plan in Pinal County, AZ, saving the federal government the embarrassment of having one US county in which consumers have no Healthcare.gov coverage option. However, the insurer also warns that, as the only company offering plans in 13 of Arizona’s 15 counties, the government needs to stabilize the market. BCBS of Arizona has lost $185 million in the past two years selling ACA plans and isn’t thrilled about coming back to Pinal County. A study predicts that people in 31 percent of US counties will have only on ACA insurer to choose from, while another 31 percent will have only two. 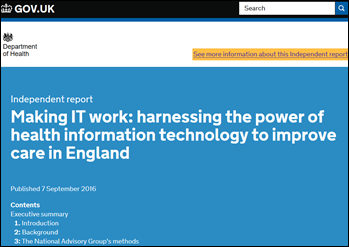 The UK’s Department of Health publishes its IT advisory committee’s report on how to spend the $5.6 billion that has been earmarked for NHS digitization that the committee says should be complete by 2023. It attempts to answer the question of whether the UK has the money (especially after recently blowing $15 billion on the overly ambitious and mostly failed NPfIT project) with, “The one thing that NHS cannot afford to do is to remain a largely non-digital system. It is time to get on with IT.” Their report calls for the government to:

The UK’s report was written by UCSF professor, best-selling author, and medical malpractice insurance pitch man Bob Wachter, MD (asked by Secretary of State for Health Jeremy Hunt to chair the group) and his journalist wife. It not only reflects his personal feelings about US healthcare IT efforts, but also manages to promote his own book, “The Digital Doctor: Hope, Hype, and Harm at the Dawn of Medicine’s Computer Age.” His bio doesn’t list any informatics education, training, or job responsibilities, although he’s a paid board member of some health IT vendors. The committee’s participation was in the form of nine, two-hour teleconferences and a two-day meeting. 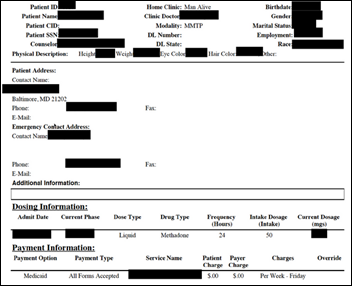 An article in Nature reviews pharmacogenetics, the science of using a patient’s genetic profile to choose optimal drugs and doses. The article notes that only a handful of tests are being used and that the real value can be delivered only if patients are tested proactively instead of after they’ve had problems. Evidence from randomized clinical trials is not compelling, but advocates say the genetic tests are being held to an overly high standard. 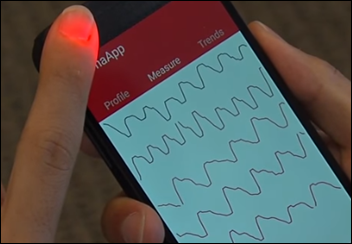 University of Washington researchers develop a smartphone app that can detect anemia by measuring blood color by shining the phone’s flash through the subject’s finger. Possibly aware that earning FDA approval is likely to be challenging, the researchers say the best use of HemaApp would be for screening before performing more expensive tests in “limited-resource environments,” i.e. not in the US. 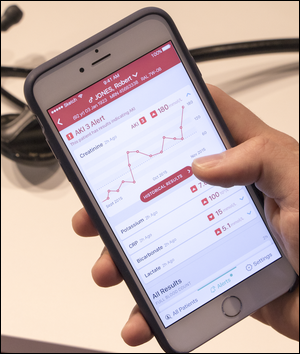 In England, Google-owned DeepMind Health halts use of its Streams kidney injury detection app pending its approval by the UK’s version of the FDA. That means the company and NHS were using the app on hospitalized patients as an unregistered medical device.

Epic petitions the US Supreme Court to weigh in on a lower court’s decision in May that the company cannot require employees to arbitrate employment disputes individually instead of by filing class action lawsuits. 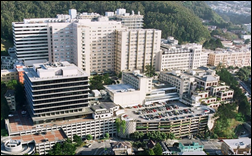 UCSF will lay off 17 percent of its IT staff, blaming reduced hospital payments under the Affordable Care Act and the doubling of IT expenses from 3 percent of the operating budget to 6 percent in the past five years (they went live on Epic in June 2012). The laid-off employees will be expected to train their India-based replacements from University of California system contractor HCL.

A study in Health Affairs finds that while hospital charge masters were supposed to become obsolete with the implementation of DRGs in 1985, hospitals are still using them to increase revenue and to force insurance companies to include their facilities in their networks using the threat of high list prices if they don’t. The authors suggest that legislators require more markup transparency to protect patients who have zero negotiation power with hospitals when faced with excessive charges.

A Florida TV station covers the local hospital’s use of Natus Newborn Care’s Nicview, which allows parents of babies who are in the NICU to view streaming webcam video and nurse messages.

A woman bitten by a stray dog while traveling abroad is given the same rabies drug at four locations in three countries and is shocked by the price variation: $125 (Cambodia), $18.50 (Thailand), $5,255 (a US hospital, that required an ED visit), and $427 (a US medical group). Her travel insurance covered the cost, but her husband, a former CFO, said that of the four providers, only the US hospital sent a bill that was not itemized and was impossible to understand. Healthcare economist Uwe Reinhardt offered a comment for the article:

It’s obvious that our system is unlike any other health system. Other systems were set up to care for patients. Ours was set up by the providers — the hospitals and drug companies — for their own benefit.

The New York Times notes that it’s hard for any of us – including presidential candidates — to assemble our medical records from a lifetime of providers (some probably retired or dead) who used their individual paper or electronic systems. The exception was presidential candidate Senator John McCain, who was able to release his 1,000-page medical record only because it had been assembled for a military study in which he participated, but later he was treated at Mayo Clinic and his campaign had to postpone the release of his records because they couldn’t collect all his records from several Mayo doctors. The article puts forth an interesting alternative to assessing health via old records: have each candidate examined by an independent physician panel hired by the federal government.

Voluntary reports from Kentucky hospitals indicate that 15 people overdosed on heroin over the Labor Day weekend, with 12 of them dying. This follows reports of a mid-August weekend in nearby Huntington, WV, population less than 50,000, where 26 heroin overdoses were reported in just four hours, tying up every ambulance in the county.