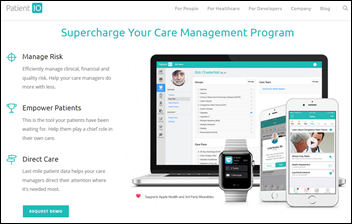 From Mick Mars: “Re: HIMSS Analytics vs. Definitive Healthcare for primary intelligence for vendors. People at our company hate HIMSS Analytics, but you lose HIMSS points and thus get a worse booth location if you drop them. Both companies are dropping their prices by the day, but it’s still a six-figure decision.” I’ll invite vendor readers to weigh in on the pros and cons of each since as a non-vendor, I haven’t worked with either company.

From CEO Cynic: “Re: KLAS. We stopped paying their ransomware fees last year.” 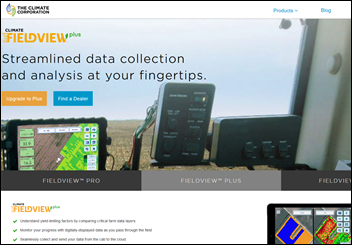 From Mobile Man: “Re: farming tech bubble. I find interesting similarities with our approach to healthcare IT. I wonder what would happen if we had Meaningful Use money for agriculture?” A Fortune article describes technology companies that create expensive sensors and data tracking software for farm equipment while keeping the data rights for themselves so they can sell it to fertilizer and equipment vendors. Venture capital firms are investing hundreds of millions of dollars in Silicon Valley-designed agtech such as GPS-guided tractors and aerial imaging drones that farmers aren’t buying, with experts saying farmers just need basic technology to track people and equipment, digitize their paper notes, and to display history of previously recorded problems. The market is soft because startups have bailed out and left farmers holding expensive equipment, the systems can be difficult to install and use, and those systems often don’t tell the farmer anything they don’t already know. At least some farmers already have their form of Meaningful Use in which they, like doctors, are paid by taxpayers to reduce their productivity (leaving fields unplanted or seeing fewer patients, respectively). We’re lucky government market interference doesn’t lead us into either starvation or death from unmet medical needs.

From Chilblains: “Re: Athenahealth. This is kind of a big deal – Doran was a huge asset and his departure, along with that of Ed Park, makes me wonder whether Kyle Armbrester and the new CTO can fill the holes.” Athenahealth GM of AthenaCoordinator Doran Robinson leaves the company to work for an online furniture company. ATHN shares have slid 6 percent in the past year vs. a 13 percent gain in the Nasdaq.

Here’s my ingenious, semi-technical solution for patient engagement. Insurers look you up on Facebook to find your friends and family members, then bribe them secretly to encourage your healthy behaviors by applying peer pressure in the form of, “That’s a lot of wine for a weekday,” or, “You might want to sew on those shirt buttons with fishing line so they don’t shoot off under pressure and put someone’s eye out.”

I ran a comment last week from a reader who observed staff at Suburban Hospital (MD) operating under downtime procedures for a handful of hours. I’ve found that the problem wasn’t Epic, it was a connectivity problem among Johns Hopkins hospitals due to a power surge that overheated conduit. It’s interesting to me that hospital systems have become reliable enough that when someone says “XX system was down,” it’s usually not the system itself but rather the connectivity to it or a workstation-related issue. It’s not much consolation that a given system is running perfectly even though users can’t access it, but that is the case most of the time these days except during application software upgrades.

Listening: the new single from the Pixies, preceding the September 30 release of their new album, their first without Kim Deal. Their new stuff is familiarly full of droning guitar riffs and the quirky pop culture references of Charles Thompson IV (aka Black Francis, Frank Black). I can never get this song out of my head, nor do I wish to. 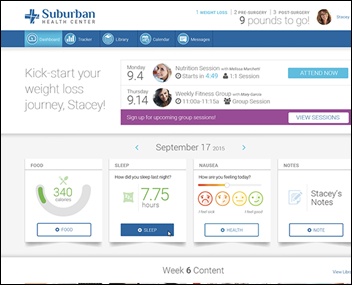 Digital engagement vendor Zillion raises $28 million in a Series C funding round. I interviewed President Bill Van Wyck in May 2016. He summarized Zillion’s market position then as:

The differences in the market exist where healthcare has been trying to build vertical silo products to address specific conditions. The reality is that patients don’t typically have just one condition. They are overweight and may have depression, or they may be diabetic and need other types of procedures and support. There are co-morbidities and multiple chronic conditions that exist in the real world.  Having a common backbone platform like Zillion where you can design, create, and deploy programs to patient populations and then refine and refine and modify those programs at scale is a differentiator for healthcare stakeholders. When you look at what they’ve been building, typically none of them interact with existing systems. They’re not interoperable. They don’t always reach patients on the devices and the technology that they use day to day. 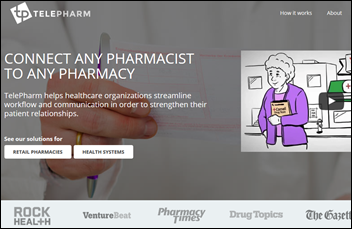 Col. Mike Regan, former VP/CIO of Lower Bucks Hospital (PA) and an executive with Siemens Healthcare while he also pursued a 35-year career in the Air National Guard, is named Deputy Adjutant General-Air of the Pennsylvania National Guard.

Cerner will use episodes of care software from 3M Health Information Systems in its HealtheIntent population health management system.

In Australia, two northern Queensland hospitals go to market for for a clinic and hospital EHR, with $26 million budgeted. Cairns Hospital, the major health system, is already live on Cerner, which probably places it in a strong bidding position. 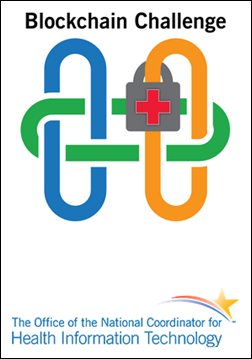 ONC announces the winners of its Blockchain in healthcare challenge, which drew 70 submissions. The 15 winners from which up to eight will be selected to present at the ONC/NIST workshop September 26-27 are:

Two West Virginia hospitals owned by Appalachian Regional Healthcare go back to paper when their computer systems are infected by unspecified malware. The systems went down last weekend, and according to a Tuesday update on AHR’s site, are still down.

A judge rules that a lawsuit brought by the mother of a murdered TV news anchor against two hospital employees who viewed her medical records can proceed, although the judge finds that the hospital is not liable for the actions of its employees.

Researchers question whether physicians should order more diagnostic imaging tests or inform patients when their studies turn up incidental findings of unknown significance. The authors say genetics testing may provide a model that’s applicable to radiology, where patients decide upfront how much they want to know and their medical experts don’t disclose minor, low-risk findings. Others caution that it’s not practical in a litigious malpractice environment to withhold information of unknown future significance, especially when a lot of diagnostic imaging tests are performed purely to avoid malpractice claims.

Huffington Post covers the hospital use of virtual reality as an alternative to drugs for pain management and relaxation. 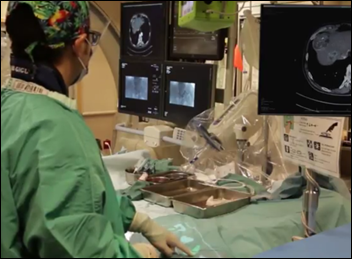 Two radiologists in Canada create Tipso, which projects PACS images onto a surgical drape so that surgeons can manipulate them with their hands without breaking the surgical field. Tests suggests that the system can reduce surgery time by up to 15 percent. 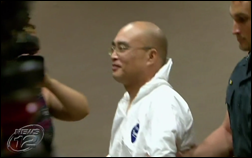 A former Mount Sinai School of Medicine researcher who was fired in 2010 for data fraud and then sued the school unsuccessfully for discrimination shoots two men outside a Chappaqua, NY deli, one of them the dean of the medical school, in an apparent revenge attack. Both the dean and a bystander suffered non-life threatening injuries. 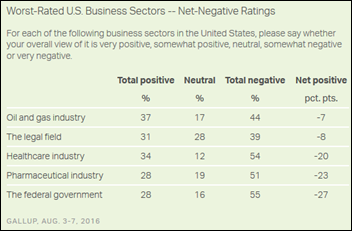 A Gallup poll finds that healthcare, pharma, and the federal government take the bottom three spots in consumer perception. Restaurants and the computer industry top the list. 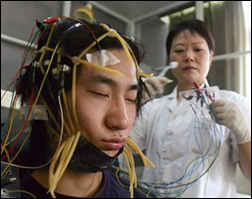 In China, a state-run newspaper covers a hospital’s Internet addiction treatment center that has used electroshock on 6,000 people, mostly teenagers who are sent there by their parents. The patients are forced to attend ideological education and military training and are given shock treatments for breaking any of 86 rules, which include not taking their meds on an empty stomach and not sitting in the dean’s chair. Such treatment would be equally popular with providers here if insurance would pay for it.