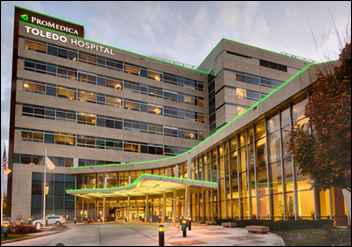 Promedica (OH) attributes its first-half 2016 losses to the cost of its Epic implementation. The 12-hospital health system swung from a $43 million operating surplus in the first half of 2015 to a $2 million loss in the same period of 2016. Higher employee costs also contributed. 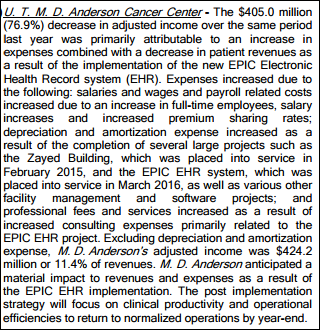 University of Texas says  M.D. Anderson Cancer Center’s 77 percent drop in net income (down $405 million) in the past 10 months was due to higher expenses and reduced patient revenue, both resulting from its implementation of Epic. MDACC went live on Epic in March 2016 and says it anticipated the negative financial impact, but hopes to “return to normalized operations by year-end.” 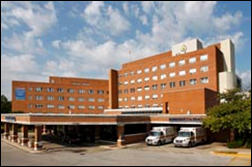 From Carl Kolchak: “Re: Suburban Hospital (part of Johns Hopkins). My father is a patient there and the whole Epic system was down. They are on downtime procedures, which is interesting to watch.” Unverified.

More than 80 percent of poll respondents think hospitals should be required to bill uninsured patients at the lowest prices they offer to insurers or anyone else. Sally B says it’s just plain wrong that those who can least afford it are expected to pay the most, while Mind Blown offers personal experience of an $85,000 hospital stay that his or her insurance company negotiated down to $16,000, something the average person wouldn’t have been able to do. Ron is encouraged that local health systems are offering big upfront discounts for elective procedures, although they take a long time to return calls. Mindy also has personal experience, in her case a $2,400 CT scan that despite not having hit her insurance deductible, cost her only $808 thanks to her insurer’s negotiated price. Nick says a benefit of forcing hospitals and health companies to offer everyone the same rates they accept from big insurers would be the creation of a price book that would allow people to comparison shop.

New poll to your right or here: who is most responsible for high US healthcare costs?

None scheduled soon. Contact Lorre for webinar services. Past webinars are on our HIStalk webinars YouTube channel. Some recent ones that are available for replay: 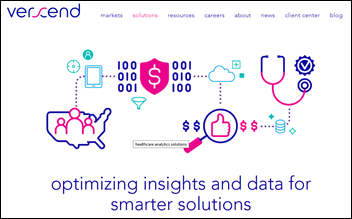 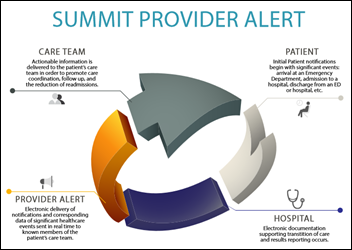 Summit Healthcare launches Provider Alert, which allows hospitals to send electronic notifications and documents to physicians whose patients have been treated in the hospital. Parkview Medical Center (CO) will implement it.

NIST’s National Strategy for Trusted Identities in Cyberspace funds six new pilot projects that include a $1 million grant to Cedars-Sinai Medical Center (CA) to implement single sign-on and two-factor authentication for both patients and providers to simplify transition to post-acute care settings. The project was awarded in partnership with ONC. 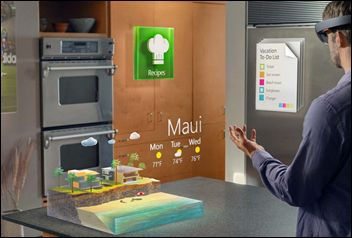 Vital Images is exploring the use of Microsoft’s HoloLens in its enterprise visualization solution, with use cases that include guided surgery and education, telemedicine, and virtual care. 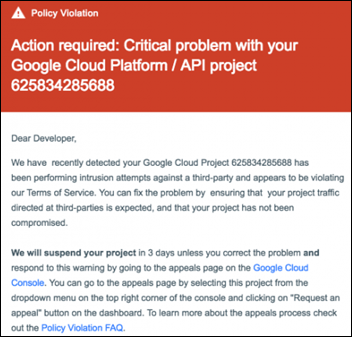 Business Insider covers the problems DocGraph and its CEO Fred Trotter had last week when Google automatically shut down the company’s access to its storage and analysis services due to suspected hacker activity, which turned out to be justified because the company’s misconfigured server had allowed a hacker to use it to launch denial-of-service attacks. Experts say Google’s cloud services are immature compared to those of competitors such as Amazon, to which Trotter has turned as a backup in case Google’s cloud becomes unavailable again. 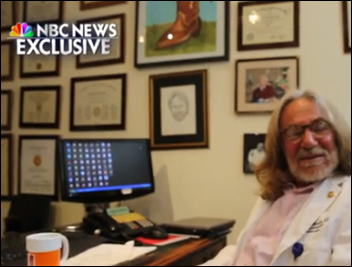 A photo of Donald Trump’s doctor – who admits that he spent only five minutes dashing off a bizarre, hyperbolic assessment of the health of the candidate, who has not released his actual medical records — apparently uses a Windows XP computer in his office, based on video from NBC. 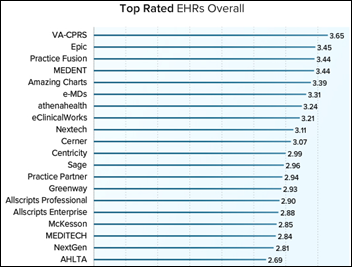 Maybe some vendors are closer to becoming “the Uber of healthcare” than they think: Uber has lost at least $1.2 billion so far this year. A business professor who questions Uber’s high valuation summarizes, “You won’t find too many technology companies that could lose this much money this quickly. For a private business to raise as much capital as Uber has been able to is unprecedented.” 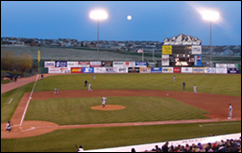 A Milwaukee Brewers fan blogger proposes that Epic CEO Judy Faulkner offer to move the team’s AAA affiliate from Colorado Springs, CO to Verona, WI and building it an indoor stadium that could also be used for Epic meetings. Otherwise, the Sky Sox are headed to San Antonio in 2019 if the owner can convince city taxpayers to buy him a stadium. Cerner’s Neal Patterson has his soccer team, so it would be fun for Epic to have its own baseball team. 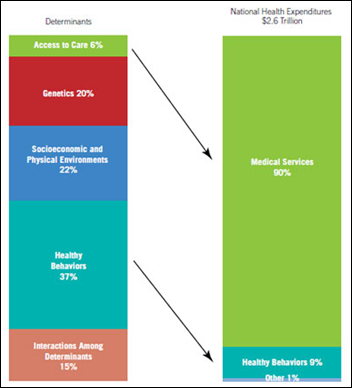 This brilliant graphic tells you everything you need to know about why our absurdly high US healthcare costs involve throwing money at the wrong (but highly profitable) health determinants. That tiny patch of green on the left shows how little the delivery of healthcare services influences overall health despite what hospitals and practices would have you believe. That hugely dominant patch of aptly colored green on the right shows that, like bank robber Willie Sutton, profit-seekers have gone where the money is (hint: it’s not in prevention or teaching people better lifestyle habits). “Healthcare” is not even vaguely synonymous with “health.” You also can’t have “public health” when the public in question would rather fund hospital bills than self-examine their eating, drinking, smoking, drug-taking, and exercise habits.

In Ireland, several dozen job candidates who had been offered positions with GE Healthcare are talking to lawyers after the company rescinds all of its job offers the day before the new hires were scheduled to start work. Some of them are now unemployed since they had quit their old job. The company says its labor unions are at fault for balking at its plans to change work schedules.

Vince and Elise continue their “Rating the Ratings” series. They subjectively rank the 1-2-3 finishers among KLAS, Black Book, and Peer60 using criteria they describe.

Weird News Andy notes the death of man whose but often-played but never-cleaned  bagpipes infect his lungs with fungi that cause hypersensitivity pneumonitis. WNA puts an upbeat spin on the story with his favorite bagpipe jokes: