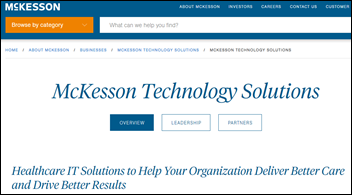 Reuters reports that McKesson is discussing a merger of its Technology Solutions IT business with Change Healthcare (the former Emdeon) as MCK sheds its non-pharmaceutical business lines in trying to prop up its share price, which has dropped 24 percent in the past year.

It’s not likely MCK will get anywhere near the $14.5 billion it massively overpaid for book-cooking HBOC in 1998 since most of HBOC’s original product lines are dead or dying, customers were alienated by the poorly devised and executed Better Health 2020 program in 2011, and there’s not much new to crow about other than RelayHealth. But getting out of the IT business should at least temporarily buy time of the “unlock shareholder value” type.

The industry will once again relearn the oft-told lesson that health IT toe-dippers who earn most of their money in unrelated sectors will always bail out for greener pastures while shafting the customers who believed the lofty predictions and promises made by executives who have long since left for greener pastures themselves. I’ll wait patiently while you ponder your answer to, “Name something amazing McKesson has done in its 18 years in health IT.”

From Lou: “Re: LinkedIn recommendation. I left this for you." That made my day – thanks.

From Able Bodied: “Re: Presence Health (the merger of Resurrection Health and Provena Health). Has decided to go all Epic. Provena uses Meditech. Interesting considering the cost of Epic and that Presence Health bonds have been downgraded by Moody’s to nearly junk status because of poor financial performance and a questionable outlook for the next 18 months. Can you say a merger with a larger system? Word on the street is that they are talking to Ascension.” Unverified. New management at Presence has taken a lot of write-downs, laid off hundreds of people, and had to borrow more than $500 million at the end of May after losing $186 million last year. Resurrection moved from McKesson Horizon to Epic in 2011. 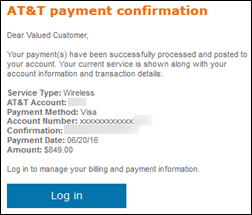 I spent quite a bit of time Monday resolving a hack on my AT&T cell phone account. I called the company immediately after receiving $2,300 in emailed payment updates. A hacker had somehow added himself as an authorized user of my account, bought two iPhones on contract, then paid the contracts off in a Washington Apple store.  AT&T telephone support backed out the charges, but I had to go to the AT&T store to have the SIM card replaced. I also changed my password to a stronger one (I admit that my years-old one was weak) and added a second-level security challenge of a four-digit PIN. It’s interesting that my credit card wasn’t compromised since nobody – including AT&T employees – can see the actual credit card number, only the last four digits, but once you’re in the account you can make purchases using it. I was thankful yet again that I use the magnificent LastPass to manage all my passwords for a princely $12 per year, meaning I log on seamlessly to all sites despite having created strong passwords like my new AT&T one.

My overused word of the week: “seasoned,” a meaningless adjective peppered (pun intended) throughout LinkedIn by executives who describe themselves as such instead of allowing the reader to simply peruse their past experience and decide for themselves. I’m also occasionally annoyed by LinkedIn profiles written in the third person or that don’t contain complete sentences and thus give the appearance of being written by a Godcam-like observer instead of the profile holder, such as, “Proven track record of consistently increasing business performance.” If you want to stand out on LinkedIn, be yourself instead of spitting out inflated, boring bullet lists extolling personal greatness. Also, invest in a professional headshot instead of cropping the grainy image of your head from a family photo (or inexcusably not including a photo at all, suggesting body image issues). 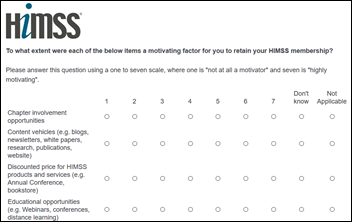 I received an email link to the HIMSS member survey today and, as happens every year, bailed out after wading through three dense pages of questions with no end in sight. They just can’t seem to understand that (a) the time requirement should be reduced and clearly stated in the email; (b) the survey should show a progress meter; and (c) making every answer required instead of just assuming the don’t know/not applicable choice as the default is annoying. It looks like a survey designed by a committee of people who don’t know much about surveys. 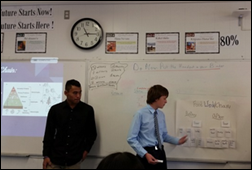 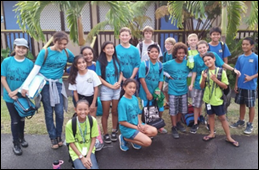 Mr. Weber (who is a Teach for America teacher) reports that his Hawaii middle schoolers are using the two Chromebooks and assorted supplies we provided in funding his DonorsChoose grant request to dig deeper into math and to perform college readiness work during his advisory time. He adds, “My students were thankful for everything. They wondered who could donate so much to our school without even knowing them. They sincerely appreciated the generosity of strangers, and I think it made them think about ways that they could contribute to society in the future.”

Contact Lorre for webinar services. Past webinars are on our HIStalk webinars YouTube channel. Lorre’s getting bored because of the industry slowdown that kicks in every year right about now, so ask her nicely for her “Summer Doldrums Special” that we always run through Labor Day and you’ll get a great deal. 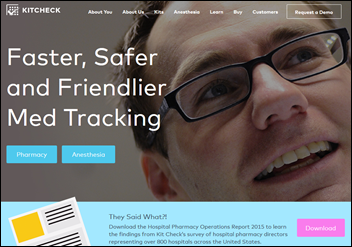 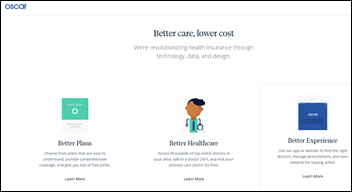 The New York Times profiles the struggling Oscar Health, a self-proclaimed insurance disruptor that uses technology to offer consumer-friendly policies. The company, which has raised $728 million and is starting a New York health center to deliver care itself, is losing money because: 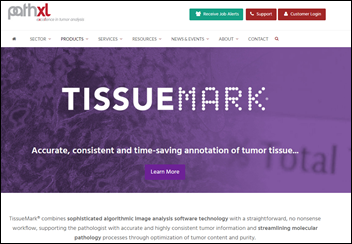 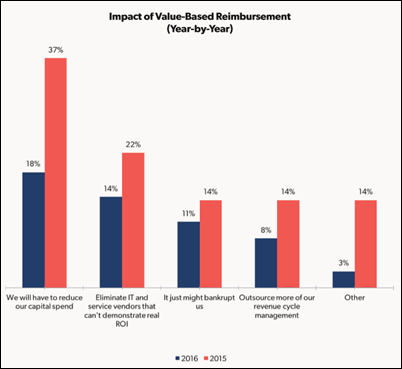 A new Peer60 revenue cycle report finds that about two-thirds of hospitals don’t plan to participate in value-based payment programs, with those under 500 beds being more hesitant to change. They worry about getting stuck with non-compliant patients as competitors cherry-pick the patients that show higher levels of value and thus generate more revenue. Interestingly, the second-most reported expected impact of value-based payment is eliminating IT vendors who can’t demonstrate solid return on investment, with hospitals apparently happy to give them a pass until money gets tight.

The US Patient and Trademark Office issues Aventura its eighth patent, this one covering how the company’s Sympatica situational awareness platform updates virtual resources and applications based on user location in managing roaming computing sessions. 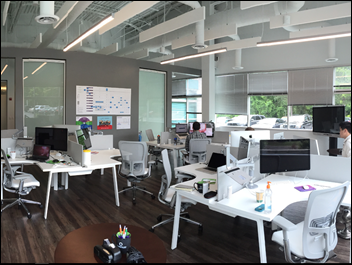 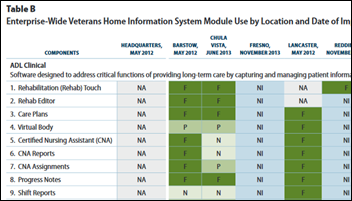 California auditors find that CalVet, the state’s VA operation, has wasted $28 million since 2007 on a since-cancelled EHR contract for veterans homes. The auditors blame CalVet for poor project oversight. CalVet had decided to replace Meditech because veteran histories could not be viewed across facilities, choosing SolutionsWest Consulting (later Brekken Technology) as a replacement even though it was not Meaningful Use certified.

Medicare finally realizes that its fraud-incenting “pay and chase” practice of paying providers first then asking questions later doesn’t make sense as it tests a program in five fraud-famous states (IL, FL, MI, MA, and TX) in which home care providers will have their claims reviewed in advance before CMS pays for those services. CMS previously found that 60 percent of the home care claims it paid were “improper.”

The VA won’t fast-track executive firings now that the Justice Department has ruled that VA employees have the right to appeal their termination to the Merit Systems Protection Board. Rep. Jeff Miller (R-FL), chair of the House veterans panel, said of the VA’s decision not to use the authority given it by Congress in response to the wait times scandal, “Everyone knows VA isn’t very good at disciplining employees, but this decision calls into question whether department leaders are even interested in doing so."

Oncologist and informaticist Robert Miller, MD, medical director of the American Society of Clinical Oncology’s CancerLinQ cancer big data project, describes how the “learning system for oncology” works. CancerLinQ, built on SAP’s HANA platform, extracts data from oncologist EHRs via several methods and standardizes the information with a terminology rules engine and natural language processing. Doctors can query the identifiable information of their own practice’s patients, while de-identified analytics reports are provided by the CancerLinQ team. CancerLinQ provides real-time practice performance analysis against standard quality measures and gives oncologists observational data to support clinical decisions. The article concludes with an excerpt from a journal editorial:

However, how is an individual clinician to proceed when faced with a patient in the exam room with a rare tumor for which evidence-based clinical practice guidelines do not exist, and the patient is not a candidate for a trial? Or a patient with a common malignancy like breast cancer coexisting with a myelodysplastic syndrome with del[5q]? Or the much more common scenario of a patient with compromised renal function faced with the decision as to the advisability of potentially nephrotoxic, but curative adjuvant chemotherapy? The availability of a powerful tool like, CancerLinQ, that can provide insights into the real world outcomes of similar patients, when combined with existing trial-generated evidence and full patient consent, may be transformative to the practice of the art of medicine in these difficult situations. 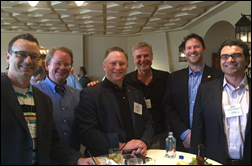 UCSD Health CIO Chris Longhurst, MD, MS tweeted out this photo from the CHIME/AMDIS CMIO Boot Camp, held this past Sunday through Tuesday in Ojai, CA.

A study finds that doctors who accept inexpensive drug company-paid lunches prescribe more of the brand-name drugs the company sells to their Medicare patients. Perhaps the AMA could look into this instead of chasing imaginary “digital snake oil” or maybe CMS should just buy every doctor a fast food lunch to get on their good side about MACRA. My experience with doctors is this: while maybe a fourth of them apply quid pro quo in intentionally returning the drug company favor by altering their prescribing habits, most of them instead simply overestimate their own objectivity and intelligence in being able to distinguish drug company propaganda from rigorous scientific review. In other words, they actually think they were educated rather than sold to. Drug reps love playing to a doctor’s inflated ego in getting them to do their bidding.

CNBC profiles a former Microsoft designer who was paralyzed by a medical mistake at Overlake Hospital Medical Center (WA). He received a $20 million settlement and a seat at the table as Overlake reviews what went wrong in his case and how systems design work might prevent other errors. 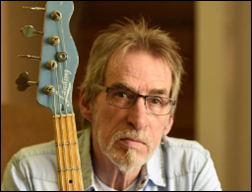 The 66-year-old bass player of Foghat (“Slow Ride”) is left unable to play music due to the side effects of lung cancer chemotherapy. A 2012 CT scan revealed a lung mass and the suggestion “to exclude the possibility of a primary lung neoplasm,” but he wasn’t notified of the finding and nobody followed up. The tiny growth has since spread, is inoperable, and carries just a 4 percent survival likelihood. He’s suing.