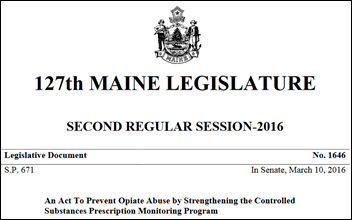 Maine will require prescriptions for narcotic drugs be transmitted to pharmacies electronically beginning January 1, 2018. Prescribers of narcotics and benzodiazepines will also be required to check the state’s prescription monitoring database before issuing a new prescription and every 90 days as the prescription is renewed.

From Meditech-Using CIO: “Re: Meditech. This comment from their 10-K is one of many reasons the company in its current state won’t be the company they seem to think it will be. Essentially all of its 2015 income was given back to shareholders as dividends rather than increasing R&D or hiring more talent. The whole corporate structure seems to be based on shareholder enrichment. Also, take a look at product revenue, which has dropped by nearly half in two years. Perhaps the problem is that everybody on the leadership team started with the company right out of school – not one executive knows anything other than Meditech, which I cannot imagine under any scenario being a good thing unless you’re all about dividend income.” Meditech’s executives average 36 years of employment with the company, starting their careers there at an average age of 25. The least-tenured of the executive team joined Meditech in 1990. I’m anxiously awaiting the company’s Q1 numbers, which rumors suggest will be highly interesting. 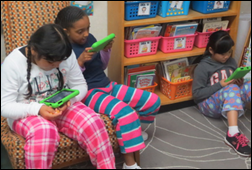 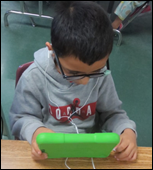 We funded the DonorsChoose grant request of Ms. W, who asked for three tablets for her California second graders. She has installed reading and math practice apps and says, “The tablets have been especially useful for my most struggling readers. They often have a hard time working independently during reading rotations. They all try really hard, but get stuck on some of the work. The tablets have given them an opportunity to work on fluency and sight words with a little more support even when a teacher is not available to help them out.” 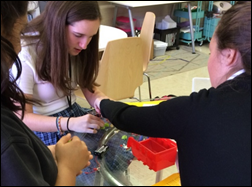 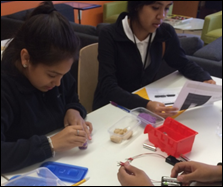 Also checking in is Ms. Read from Texas, whose middle school class received a bunch of electrical components for working on “squishy circuits.”

We’re down another music legend on the year as Prince dies at 57.

Listening: new frantic, ragged dairy punk from Appleton, WI’s Tenement, a necessary antidote to over-produced, soulless musicians who never seem to sweat or express any emotion other than self-admiration.

April 26 (Tuesday) 1:00 ET. “Provider-Led Care Management: Trends and Opportunities in a Growing Market. ”Sponsored by HIStalk. Presenter: Matthew Guldin, analyst, Chilmark Research. This webinar will provide a brief overview and direction of the provider-led care management market. It will identify the types of vendors in this market, their current and longer-term challenges, product capabilities, partnership activity, and market dynamics that influence adoption. It will conclude with an overview of key factors for vendors and solutions moving forward.

Non-profit insurer EmblemHealth lays off 250 IT and operations employees and contracts their work out to Cognizant. EmblemHealth says using systems offered by Cognizant subsidiary TriZetto will save hundreds of millions of dollars in development costs and won’t require company maintenance resources. Displaced employees are complaining that they have been asked to train their offshore replacements. The attorney who was helping EmblemHealth’s IT employees unionize posts a video in which EmblemHealth CEO Karen Ignagni announces the layoffs. She has been CEO for just seven months following  long career as lobbyist-CEO of the American Association of Health Plans, but before that, she ironically worked for the AFL-CIO as director of employee benefits.

Venture capitalist Bill Gurley says the the Silicon Valley “unicorn” bubble burst when the Wall Street Journal started its investigation of Theranos. He makes these points about those privately held companies with paper valuations of more than $1 billion: 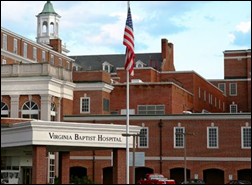 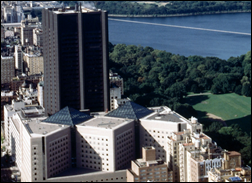 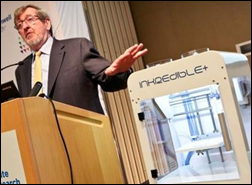 Northwell Health (the former North Shore-LIJ) announces that its 3D bioprinting body replacement parts project will receive $100,000 in additional funding after it received the most public votes among three of its innovation projects. Northwell will spin the project off as a separate company, which expects to have the technology ready for human use in five to 10 years.

Politico reports that the Coast Guard has terminated its Leidos/Epic EHR project without any sites going live after spending $60 million, which is hardly news since I reported it here (and confirmed it with Epic) on October 7, 2015.

The State of Utah declares pornography to be a public health hazard that creates psychological and physiological addiction, although the non-binding resolution carries no funding to do anything about it. 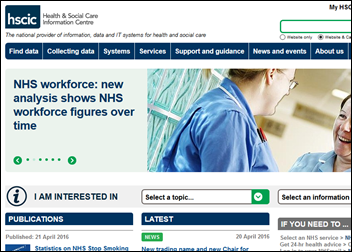 Crouse Hospital (NY) fires one of its medical residents after he was caught hiding two spy pen cameras in one of the hospital’s ICU bathrooms. The doctor’s lawyer says his client – who also has three years’ experience as an investigative reporter — was trying to find the person who stole his Adderall prescription and GoPro camera, noting that the spy cameras weren’t pointed at the toilet and did not record anyone identifiable on the video. 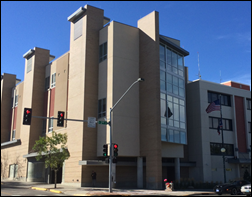 The information of 3,200 patients of Wyoming Medical Center (WY) is exposed when two employees click links in phishing emails. The hospital says its email system contained PHI, such as medical record numbers, dates of service, and some medical information. One of the affected patients is the hospital’s CEO.

Another healthcare payment quirk: a woman’s doctor-ordered genetic test isn’t covered by her insurance company because they say it’s experimental, but instead of being billed at the testing company’s $349 uninsured patient rate, they insist that she pay $1,494, the amount the company charges insurance companies. In other words, having insurance cost her an extra $1,145.

Arizona State University’s business school names McKesson Chairman, President, and CEO John Hammergren as its 2016 Executive of the Year, in which it recognizes “top executives who serve as exceptional models for future business leaders.” 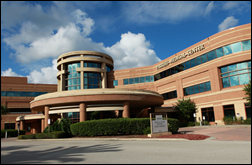 An Orlando TV station says patients are being endangered at Parrish Medical Center (FL), which is suing McKesson for what it says is a botched software implementation. The hospital claims McKesson shut off its access to drug database updates and has threatened to remove all of its products the hospital uses if the hospital doesn’t pay the bills it is disputing. Parrish signed up for Horizon Clinicals, Horizon Enterprise Revenue Management, business intelligence, cardiovascular information system, ambulatory PM/EMR, and RelayHealth in February 2011.

I ran across a study concluding that only about half of psychiatrists (as surveyed in 2009) accept medical insurance, the lowest insurance acceptance rate of all specialties. That means those already-alarming studies showing that most behavioral information isn’t visible in EHRs actually understate the problem – they assumed that the denominator was the number of visits found in claims databases, but those visits insurance didn’t cover wouldn’t be recorded anywhere except in the private records of the mental health professionals.

A federal appeals court rules that Reading Hospital (PA) isn’t liable for the injuries sustained by an AMN Healthcare contractor who sued the hospital after falling down a flight of stairs while supporting the hospital’s Epic go-live. The court ruled that AMN’s contractor was actually a hospital employee because the hospital directed his work, leaving him unable to sue the hospital for personal injury because he was already covered as a “borrowed servant” by workers compensation.

Doctors keep me waiting for hours, and no one bothers to call or email to say, "I’m running late." Few doctors give out their email address. Patients can’t communicate using modern technology … I fill out long medical history forms by hand and, in the next office, do it again. Same wording: name, address, insurance, etc. … In the intensive care unit, night after night, machines beep, but often no one responds … Patients will have a better experience only when more of us spend our own money for care. That’s what makes markets work.