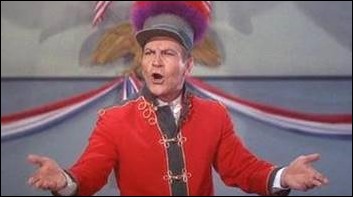 I recently concluded a long-term engagement with a client. Having started as a small private practice, they had grown to 20 or so physicians and wanted to get larger, but had been running in circles trying to figure out how to grow their business.

I was hired to do an analysis and conduct some strategic planning sessions. After my first call with them, it was clear that a multiple decisions had somewhat sabotaged their chances for success and that much work was needed before we could truly embark on strategic planning.

None of the physicians had really wanted to take the lead in managing the practice, so they hired an outside administrator. For lack of a better description, he was the Harold Hill of practice leadership. He had billed himself as an experienced administrator who could help them grow from 20+ physicians to over 100 in less than two years, so they hired him. I knew he was going to be an issue because he instantly opposed my involvement with the group, with some of his comments being red flags that he had something to hide.

It was clear early on that they had some serious issues with physician satisfaction and employee engagement that would make it difficult to grow at all, let alone quadruple in size. It’s hard to recruit physicians when the existing ones are disgruntled and when you’ve had turnover issues with staff.

When I tried to explore how their staffing ratios looked compared to various professional organization statistics, he couldn’t even cite his own ratios, falling back on the fact that, “Every one of our locations is a little different” over and over. The word “evasive” didn’t even begin to describe him at this point. He also kept going around and around about the fact that “we’re a family” and extolling the virtues of various team members.

In my experience, that’s a technique used to try to distract an observer from the fact that they are overstaffed, underproductive, or both. At many practices I’ve worked with, the sense of “family” often does not outweigh the fact that a staff member is dysfunctional or incapable, but it’s cited as a reason that the issue has not yet been dealt with. Family or longevity can also be a way to try to camouflage overcompensation of resources that haven’t been able to keep up with the evolution / revolution we’re seeing in healthcare delivery.

Once the administrator was hired, the physician partners gave him the reins and stopped checking in on management issues. There were some red flags on the revenue cycle side (lack of clean claims, increased denials, failure to track down slow-pay or no-pay accounts) and it was clear that some of the critical reports available in the practice management system had not been run recently.

The managing partners were shocked to hear that this was going on, although the audit trail data in the software was clear. If he wasn’t running the reports, he certainly wasn’t presenting the information to the practice. However, I had a hard time figuring out whether he was presenting bogus data or no data at all, because the physicians all just stared at each other around the table. When pressed about the lack of reports, he immediately threw the practice management vendor under the proverbial bus, but was unable to provide support tickets for the alleged problems.

In digging deeper into some of the employee satisfaction issues, it was clear that the new administrator had chosen his favorites and wasn’t doing anything to build relationships with the rest of the staff. He had given the favorites control of the other staffers and wasn’t monitoring the equity of shift assignments or the quality of work being performed. What I heard from the line staff didn’t match up with the inspirational posters he had placed around the office regarding the ability of employees to drive the success of the business.

Turnover was a significant issue with the clinical support staff. In working with the practice over several months, it was clear that they had no plan to engage the staff beyond just the day-to-day duties performed in a medical office. Those staffers that showed initiative and drive were quickly shut down by some of the favorite staff, who saw energetic young staffers as a threat. They quickly left.

Some of the remaining staff members were mediocre at best and were interested in punching the clock rather than making the practice great. While I was working with them, two staffers resigned. I asked if I could participate in the exit interviews and learned that they didn’t have them or see a need for them. I instituted them anyway and found that the employees didn’t feel like there was any room for them to grow in the practice, that they didn’t feel valued, and that they didn’t see it as a place they wanted to stay.

One mentioned that the administrator had done an employee survey which was supposed to be anonymous, but they suspected that their responses were identified and were shared with the middle managers who may have used the responses in a retaliatory manner. It’s a shame for an organization to fail to take advantage of employee feedback, but thinking that you can get away with creating a hostile / retaliatory workplace in this day and age is just shocking. Healthcare workers are in demand (particularly skilled ones who are energetic) and organizations should seek to cultivate them and empower them. This means really engaging with them and not just paying lip service to the concepts.

Apparently at least one of the partners had asked about turnover. The administrator’s idea was to put in place a bonus structure that was not clearly documented or well executed. Employees were told they would receive a bonus, and then it would be months before it was paid if it was paid at all (as was reported by two staffers). I’m not completely blaming the administrator for all of this, as the managing physician partners were also responsible for the situation. When hiring someone into a position of authority, organizations need to make sure the transition is carefully monitored and that outcomes are matching expectations. If they’re not, then there needs to be an intervention.

After receiving the results of my initial analysis, the practice decided to have me try to mentor the administrator to see if he could be salvaged. My gut instinct was that this was not going to be possible, but I was willing to give it a go. Working with him on a day-to-day basis, it was clear that he had no strategic plans for the practice and really had no idea what he was talking about in a lot of core areas. We tried to discuss managed care contracting as it relates to practice growth and he quickly became defensive, trying to cover the fact that he was lost in the discussion. We talked about physician incentive strategies and staff engagement and he had no concrete plans or goals. When asked to discuss the practice’s mission and culture, he popped out a canned response but could not elaborate.

After a couple of weeks, it was clear he wasn’t going to be part of their go-forward strategy, but the practice was on the fence about actually terminating him. Practices are often afraid of letting people go for fear of being sued. I explained to them that it’s really a fairly straightforward process, depending on whether you have an employment agreement or not and whether the job description is clearly documented. I suggested trying to document “non-performance of essential duties” strictly through the lack of diligence around the financial reporting requirements, which should have been a clean way to do things.

I was surprised that they didn’t want to go that way and instead wanted additional documentation. I explained that this would require some effort on the part of the managing partners as well as additional risk to the practice while the administrator was allowed to continue to alienate staff and fail to manage the practice. They disagreed, so we embarked on a four-week effort that ultimately did culminate in his departure, although not without a lot of angst among the partners and turmoil in the office.

My partner and I finally got them stabilized and spent quite a few additional weeks creating policies, procedures, and protocols to help take them forward. We took them through a search process and they’ve hired a new administrator who will be carefully supervised by one of the senior managing physicians, according to the steps we’ve laid out for them. My partner is going to continue to work with them on a weekly basis to make sure we can solidify their process and keep them moving forward. We’re planning to conduct the original strategic planning engagement down the road, but want them to show that they can at least keep 20 physicians and the accompanying support staff stable before they decide to try to grow again.

Given the changes in healthcare, I want to root for the independent practices and am happy that they are a large part of my consulting practice. It’s easy to throw up your hands and allow your practice to be purchased by a hospital or health system, but it doesn’t fix anything. Usually it creates more issues. I’m hopeful for this group, but we’ll have to see what the next six months bring.

Has your organization experienced their own Harold Hill moment? Email me.