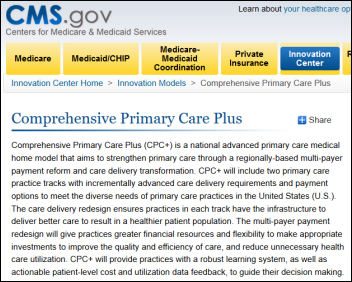 CMS announces a five-year, 5,000-practice test of Comprehensive Primary Care Plus (CPC+), a new medical home model that moves payments further away from fee-for-service. Eligible practices can apply to participate in one of two tracks, both of which require use of a certified EHR.

From Bob: “Re: Meditab. Any news? Emails are bouncing and phone numbers are disconnected.” I’ve barely heard of the ambulatory EHR vendor, so I don’t have a lot of interest or knowledge about whether they are defunct or not. I tried to contact sales and got into an endless PBX loop.

From Lance Carbuncle: “Re: Vocera. Lawsuits are flying after an infringement on the privacy (and dignity) of a patient. A mother whose baby passed away was subjected to an open communication between the transplant team and the nurse wearing her Vocera badge. Then the worst part was the care team disclosed that the mother has HIV to the family over a ‘speakerphone’ Vocera badge.” Unverified. A patient sues Tampa General Hospital (FL) for disclosing HIV test results without authorization, claiming that a nurse spoke to the transplant team on speakerphone. The hospital has announced its intention to replace Vocera with Voalte. 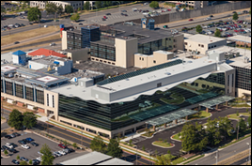 From Portobello: “Re: Arkansas Children’s Hospital. Is walking away from its Meditech 6.1 implementation for Epic. I am wondering if the hospital is being acquired by a larger health system and it just hasn’t been announced yet or if the ambulatory product was so poorly implemented that it pushed them away.” Sources tell me the hospital is not happy with Meditech’s new ambulatory system, to the point they had to halt its rollout. Ambulatory has been the Achilles heel of Meditech and lack of a competitive offering is further marginalizing company as the choice of small hospitals that would rather have Epic or Cerner but can’t afford them. It’s a shame because we really could use more inpatient EHR competition. Meditech’s executives and directors average 65 and 77 years of age, respectively, and while I admire that the company has rigidly stuck to its knitting for 50 years, sometimes it feels like the rich, Boston-society guys in charge are no longer fully engaged enough to successfully run a technology company in the face of better competition than they had in 1990. It would have been interesting if Athenahealth had bought Meditech in its effort to penetrate the inpatient market, but that would have probably been a $1 billion acquisition loaded with legacy baggage and a customer base of small hospitals that are being bought out by larger health systems who want everybody running the same system. 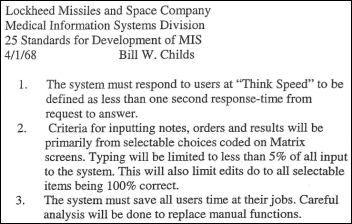 From Diametric: “Re: Bill Childs. He published this document in April 1968 when he was at Lockheed. I’ve always kept this document to remind me what’s important. While the technology has changed, I think this can still serve as a supplemental guide for rational development. I have interacted with perhaps 200 vendors over the years and found those that held close to this philosophy made the best partners.” I set up the document for downloading here. It’s a remarkable manifesto written nearly 50 years ago that spells out the still-valid requirements for hospital clinical systems. Bill started at Lockheed doing missile programming, then in 1968 moved over to the company’s new project of building a hospital information system. He later joined Technicon Data Systems. Not only was he a healthcare IT technology pioneer, he then started what became Healthcare Informatics magazine and ran that from 1980 to 1995 before getting back into the vendor world. Somehow he hasn’t yet won the HIStalk Lifetime Achievement Award despite being amply qualified. Thanks for sending over the document – it made my day. 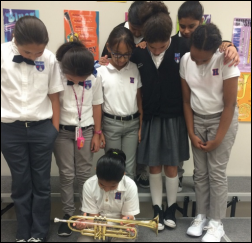 I uncharacteristically funded a non-STEM DonorsChoose project from Ms. A from Texas, whose grant request asked for two trumpets for her music classes that are creating the area’s first school band. She reports, “While many of our scholars have very little material possessions, I truly believe we are providing them with something that cannot be purchased with money. We are offering them something that goes beyond what they can buy, which is confidence, creativity, and self-expression.”

GE Ventures and Mayo Clinic create Vitruvian Networks, which will offer software and manufacturing capabilities to support personalized medicine in the treatment of cancer, specifically those blood diseases that can be treated by reengineering the patient’s own blood cells. 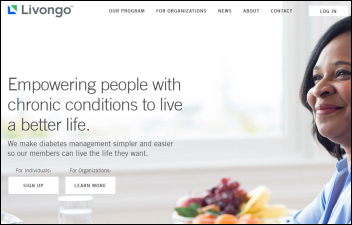 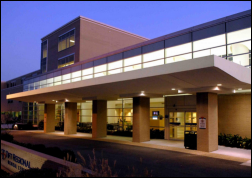 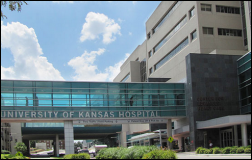 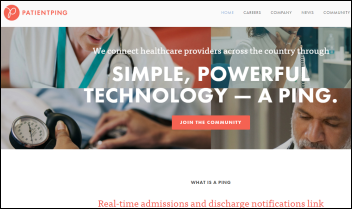 The State of Vermont will offer PatientPing to all state providers to give them real-time alerts when their patient is being seen by another provider.

Kaiser Permanente launches Research Bank, where volunteer KP members will contribute their genetic information as well as behavioral and environmental factors to allow researchers to study their effect on health.

Boston Children’s Hospital (MA) launches cloud-based parent education for Alexa-powered devices such as Amazon Echo. KidsMD will be packaged as an Alexa “skill” that can be enabled by saying phrases such as, “Alexa, ask KidsMD about fever.”

A former Michigan house majority whip who is also a physician is charged with healthcare fraud for providing nerve blocks for patients he hadn’t examined, then billing for his services although nurse practitioners staffed his clinics. Paul DeWeese is accused of storing his signature electronically in the EHR and then giving employees his login credentials to falsely indicate that he had met the insurance company’s requirement of reviewing the clinical documentation before being paid. He lost his medical license last summer for writing narcotics prescriptions for patients he hadn’t examined.

Former University of Missouri Chancellor R. Bowen Loftin, forced out of his job and into a newly created position with the joint MU-Cerner project called Tiger Institute for Health Innovation, never took the promised job after Cerner complained that the university didn’t consult them before announcing it.