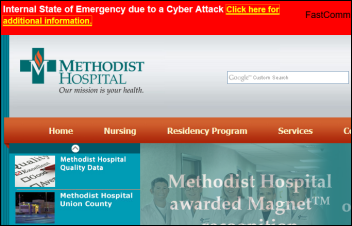 Methodist Hospital (KY) is hit by ransomware, forcing it to run from a backup system while it decides whether to pay an unspecified ransom to regain access to its patient records. The hospital has declared an internal state of emergency and warns that it has “limited access to Web-based services and electronic communications.” The FBI is investigating.

From Certifiable: “Re: Epic 2015. All upgrades are being delayed for 1-2 months until fixes can be delivered. Unusual!” Unverified.

It’s easy to describe the HIMSS keynoters that poll respondents want to see – they are the ones HIMSS doesn’t invite. The least-attractive speakers are government officials (HIMSS16 — Sylvia Burwell), authors (HIMSS16 — Jonah Berger), celebrities or athletes (HIMSS16 – Peyton Manning), and for-profit business leaders (HIMSS16 – Michael Dell). Topping the most-desired but rarely offered list are public health experts, patients, and not-for-profit provider leaders. Furydelabongo wants to hear from inspirational people who remind us of why we’re connected to healthcare and who can convey urgency, while Tracy wants to be inspired by what’s possible in transforming healthcare rather than hearing from a celebrity.

New poll to your right or here: has your employer laid anyone off in the past 12 months?

I was thinking about how the most prevalent form of healthcare ransomware is being distributed by hospitals – the kind that holds your own medical information hostage unless you’re willing to pay to get it back. 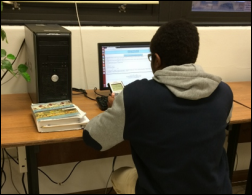 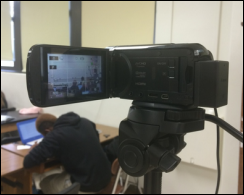 We fulfilled the DonorsChoose grant request of Mr. Blachly in Indiana, whose high school advanced placement calculus and physics students experience “abysmal conditions and poverty” that cause them to miss classes. The video camera and accessories we provided has allowed him to archive his lectures so that absent students can watch them online, allowing them to return to class fully caught up. It also frees up his time for questions rather than re-teaching missed lessons. 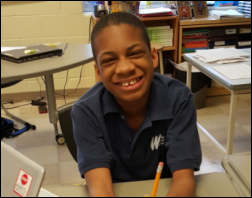 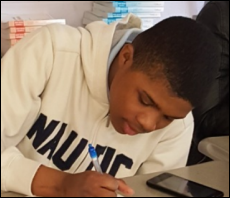 Also checking in is Mrs. Beggs from Maryland, who teaches a middle school math class for students with educational disabilities. She says of the math tools we provided, “My students could not believe that people that have never met them were willing to purchase items for them. We had a wonderful conversation about giving to others and why its so important. We are currently working on integers and absolute value. We will continue to practice our basic math facts while we learn integer skills. These skills are essential for the every day world and are helping prepare my students for life.”

An analysis of privately held Dell’s financial forms finds that sales are down across most of its divisions and it’s still largely a PC company, with 65 percent of its revenue coming from hardware sales. Revenue for the services business it is trying to sell was down 5 percent for the fiscal year.

McKesson will take a $300 million charge for its cost-cutting restructuring plan that involves 1,600 layoffs. 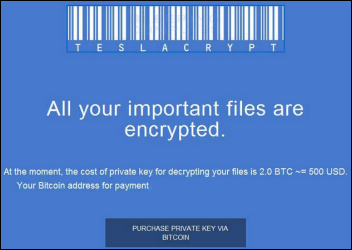 Developers of the TeslaCrypt ransomware toolkit update their product to remove the ability of cybersecurity firms to use a known exploit to restore the encrypted files without paying the ransom. The FBI warned last month that ever-smarter ransomware can now search a network to locate and delete backups, leaving the victim with only one choice if they want their systems back. I’ll repeat my prediction that hospitals will have no choice but to block access to Web-based email services like Gmail that employees use to check personal email, bypassing IT security. 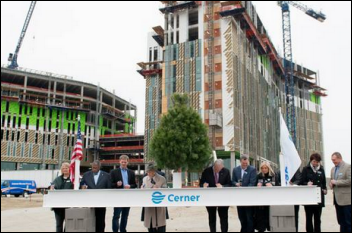 Cerner holds a topping-out ceremony for its $4.45 billion Cerner Trails campus in Kansas City, MO. The 16-building, 4.7 million square foot complex with two, 15-story towers will house up to 16,000 employees. Kansas City will pay $1.1 billion of the project’s cost.

The two surviving original members of The Who, Roger Daltrey and Pete Townshend, open a teen lounge at Memorial Sloan Kettering Cancer Center (NY). The space was created using $1 million raised by a concert in which Daltrey and Townshend performed via Teen Cancer America, a charity they founded in 2012.

A profile of India-based 32-hospital chain Narayana Hrudayalaya describes its mission to “dissociate healthcare from affluence” in proving that “the wealth of the nation has nothing to do with the quality of healthcare” in a country where most residents can’t afford drugs or surgery. It offers CABG surgery for as little as $2,700 and surgery insurance for $3.60 per year. Some of its cost-cutting methods:

An anesthesiologist in England faces dismissal for having sex with a prostitute in a maternity hospital. He was blackmailed by the woman’s “associates,” who threatened to tell his wife if he didn’t pay them $15,000. He worked with police to set up a sting operation to capture the blackmailers, and as it was underway, he showed officers an X-ray showing a patient with a bottle lodged his most private of areas.