This week we celebrated the creation of National Women Physicians Day on the birthday of Dr. Elizabeth Blackwell. As the first woman to receive a medical degree in the United States, she helped pave the way for many of our careers.

There has been some backlash about adding another recognition “day” and jokes about whether we’re going to also have National Men Physicians Day. For those of us who trained and continue to work in environments that can range from covertly sexist to outright discriminatory, it’s nice to be recognized. In some areas, girls are still discouraged from pursuing science and technical careers.

I vividly remember my oh-so-Southern college roommate being told by her parents to just “paint your nails and do your hair and find a good husband and let daddy and me worry about the rest.” She was shocked to have been paired with a roommate who actually planned to be “pre-med” and not just use biology 101 to be “pre-wed.”

My medical school class at Prestigious University was the first to be more than half women. We crammed more than 60 women into a locker room designed for 20 as we changed for gross anatomy. The school refused to provide any other accommodation. Some of my gutsier classmates protested by changing in the hallway. You’d have thought they’d seen the admissions trends and made some preparations, but apparently it didn’t occur to the administration.

Despite having trained in the last two decades (when we should have known better), I’ve been sexually harassed more times than I can remember and have had to watch male residents harass a female faculty surgeon without repercussions. The joke was on them, however, because in their refusal to staff her cases they left the door open for the rest of us to actually perform procedures while they were three-deep holding retractors for a male surgeon.

Although we’ve come a long way, subtle sexism still exists. I look forward to the day where our children and grandchildren can choose whatever career suits them without sex- or gender-based comments. I’ve never heard anyone ask a male executive how he balances his family and career, but I hear it asked of women all the time.

It goes both ways, though, and I sympathize with men who have chosen careers that have been historically “female.” No one should ever have to justify their vocation based on chromosomes. If people take issue with that, I have a Marine Corps pastry chef I’d be delighted to introduce.

In other news, this week has been chock-full of things that are almost too ridiculous to put into words. Unfortunately, most of them involved fairly specific situations with vendors and hospital executives that I can’t write about without risking my anonymity.

That’s one of the hardest things about being on the HIStalk team – not being able to share the best stories because they would out us. Often I go ahead and write things up but let them sit for a couple of months until memories fade, but several of these were so over the top I don’t think I’ll ever be able to use them. A couple of them though were general enough to have occurred anywhere, so I’ll offer some pro tips.

If you are creating recorded training materials that are going to be viewed by not only your internal staff but also by your strategic partners, you might want to have some “webinar hygiene” requirements for the staff conducting the sessions. First, address the barking dogs before they bark or figure out how to pause the recording while you do it. I now know the names of your dogs and the fact that they don’t listen to you at all. BTW, the kissing noises were cute.

Second (and I thought this went without saying), use a headset and not your speakerphone. Make sure your microphone gain is adjusted properly. Otherwise, you end up yelling at your audience or being nearly inaudible.

Third, close your Outlook or hide your alerts.

Finally, for the love of all things, please turn off your instant messenger. I saw some things pop up during one session that were completely NSFW. Since it was a recording, they’re preserved for posterity.

Whether you’re recording content or just presenting, it might be a good idea to ask someone to peer-review your slide deck. Typos are embarrassing in front of hundreds of people. Also, when introducing a guest speaker or secondary presenter, make sure you’ve vetted the introduction with them first. I was completely embarrassed when I was recently introduced as “the CMIO of Big Medical Center” when in fact I haven’t been there for months.

I’m not ashamed of being without a title other than “independent consultant” and provided a bio prior to the session that was essentially a three-line introduction suitable for the call and edited for the audience. Apparently the moderator missed it, however. 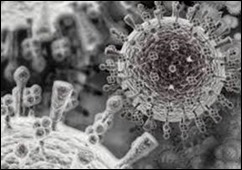 Adding to the ridiculousness of the week was the arrival of some malware on my laptop. Thank goodness it was my older one that I’m only using for music, movies, and browsing. Its arrival was suspiciously timed with a visit from my nephew who spent quite a bit of time on it, showing off his skills with Scratch and Python. I fought with it for several hours and finally gave up, having tried most of my own tricks and several from friends. I’m taking it tomorrow to my favorite “will trade Jameson for IT support” guy and hopefully we’ll get it back on its feet.

Regardless of his contribution to my stress level, my nephew is a great kid and I’m impressed by his technology skills. In his school district, they offer a program where students can sign up to spend a day at work with alumni in various fields. He was disappointed that they don’t have anyone who writes code for a living, but his eyes lit up when I suggested that I might just know some people who build EHRs every day. Looks like we’ll be cashing in some frequent flyer points for a spring break adventure of the health IT kind.

I spent some time away from the craziness working on my HIMSS schedule. I already have lunch scheduled with one of my favorite start-ups and am eager to hear about what they’ve been doing. We spend some time catching up at Midway after HIMSS last year and have checked in once since then, but I’m sure their product has grown in leaps and bounds. I also tracked down the truth behind the rumor that Medicomp was planning something different for their Quipstar game show this year. Indeed they are!

This year will feature teams (!) competing using their new Quippe Clinical Lens product. I’m pleased to announce that I’ll be captaining “Team HIStalk” on March 1 (Tuesday) at 11 a.m. We need four readers to join me in kicking off the week’s game show play at booth 1354. If you’re interested, email me with your credentials, witty comments, outright bribery, or a photo of your favorite shoes and tell me why you want to play on Team HIStalk. I can’t promise much more than the opportunity to meet me and have some fun, but you never know what you’ll see at their booth.

Last year’s appearance by Jonathan Bush was one for the highlight reel. I’m looking forward to having some team backup to make up for my appearance a few years ago when I blanked on David Brailer’s name even though I could see his picture in my head.

I don’t know who we will be competing against, but I hope it’s someone fun. Could it be Karen DeSalvo? Perennial contestant Jacob Reider? John Halamka? My not-so-secret crush Farzad Mostashari? Or the dashingly hilarious Matthew Holt?

Are you ready to get your game show on? Email me.