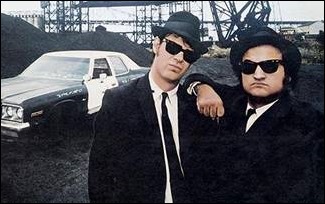 Although I’m still thinking pretty seriously about hanging up my consulting shoes, I decided to accept an EHR vendor’s offer to become a potential subcontractor. Apparently they’ve heard about my work with some of their clients and would like to able to book my services on their paper.

I thought about it for quite some time before accepting. Although financially it’s a wash for me, it has the potential to increase my pool of potential clients. It might also lead to a bit of accounting efficiency, as I will bill the vendor for my time and expenses rather than having to deal with the accounts payable departments of multiple practices, hospitals, and health systems. That can be a blessing and a curse, though, if their accounting department turns out to be chaotic or they’re a slow payer.

Any of their clients that I’m already working with will remain my direct customers. The agreement is year-to-year and I have a 90-day out clause if it doesn’t work out, so I thought I would give it a shot.

One of the benefits of being an official subcontractor is gaining expanded access to their client support site and their online training and education materials, so that’s a plus. I can also attend formal training at the corporate office if I choose. Prior to this, I’ve had to rely on the kindness of my clients in obtaining access to the vendor’s support system and documentation.

Although I had taken a bit of a break from travel at the end of 2015, I’m now back in the air and watching some of their client-facing training sessions from 38,000 feet. What did we ever do before in-flight Internet?

I’m pleased to see that the vendor has made some significant improvements to the application from a user workflow standpoint. They’ve added quite a few “nice to have” items that I’m guessing have been in their development backlog from some time. For many of the products I work with, vendors were forced to push pure usability enhancements to the side while they pressed forward with a seemingly endless list of Meaningful Use and regulatory enhancements. Although MU3 continues to lurk, it feels like there may be some breathing room and ability to go back and give users things they actually want and need.

I’m grateful that my travel this week takes me away from the Blizzard of 2016. I’m going to meet with a potential new client who heard about my work after I met one of their physicians at the AMIA meeting. Apparently they’ve been through multiple physician and operational leadership changes in the last few years and the organization has finally hit rock bottom, or at least that’s what it feels like to the physician I met who is stuck trying to get value out of the EHR with little support.

From the information I have so far, it looks like they may have been a victim of trying to follow the “flavor of the month” in healthcare without any semblance of strategic planning. The group dabbled in Patient-Centered Medical Home, followed by an Accountable Care initiative, then acquired several independent physician groups and tried to do some work with procedural subspecialties including an Ambulatory Surgery Center. They applied for numerous grants and agreed to participate in multiple incentive programs without a clear plan or strategy.

Based on those goals, they went on to build custom reminders into the EHR for all of them, which has largely driven the end users to their wits’ end. They also mysteriously spun up a practice that operates on the concierge model, yet has to document using the same templates and content used by everyone else even though some of them are not relevant. The physicians feel bombarded by an alphabet soup of initiatives that lack coordination or staff support.

They’re also suffering from staffing issues, including high turnover, lack of coverage in certain skill sets, and perceived budget constraints that have led to the departure of seasoned clinical managers. They allowed several payers to embed care management staff in the practices, but didn’t have a plan for how they would document in EHR or how they would truly coordinate care. In many instances, care has actually become more fragmented as some of the care managers are documenting in systems hosted by their employers rather than in the practice’s EHR.

It’s not just their clinical house that’s in chaos. Their revenue cycle management has also taken some hits. He’s had patients complain that they’re receiving bills for visits that were never sent out to insurance. After investigation, it appears that timely filing deadlines were missed, so the billing office just moved those balances to patient responsibility.

Needless to say, the patients are irate. Co-pays aren’t being collected at the time of service, so even for those visits that did get sent to insurance, they’re spending an inordinate amount of money sending statements to chase the co-pays. Physicians aren’t seeing regular performance metrics and have been told that there are problems with the EHR that prevent accurate reporting.

Sometimes when I meet with groups like this, they want to dwell on the aspects of what went wrong and how they got to this place rather than putting their resources into moving forward. Although some root cause analysis and probing of organizational psychology is a good thing, pointing fingers or trying to pin the blame on people who have left is not.

Even if the organization is ready to move in a new direction, change leadership is difficult. If they don’t have the collective will to devote long-term support to new processes, they might find themselves back where they started or potentially in a worse position. The outgoing CIO had tried to bring in some assistance previously, but was stymied by budget issues.

The physician who recruited me for this adventure isn’t sure whether they’re truly ready to accept outside help, but I am certainly willing to pitch to them. In reality, he didn’t have to do much arm-twisting since the client is located in one of my favorite cities.

As a bonus, I get to visit with one of my health IT mentors while I’m in town. He recently retired to the area and I’m hoping he has some sage wisdom to offer. I won’t just be pitching to a potential client on this trip, but also to him, in hopes that if I’m successful, he’ll agree to help with the onsite work. There’s just something about the lure of putting the band back together that I don’t think he’ll be able to resist.

Are you a sucker for hopeless causes? Email me.