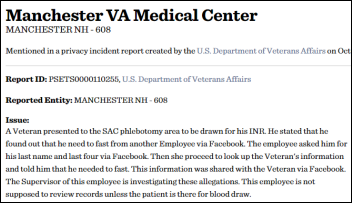 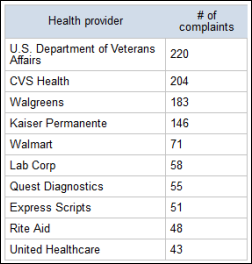 ProPublica launches HIPAA Helper, which allows searching government data to see if a given provider or insurer was named in privacy complaints, breaches, or violations. The organization calls out frequent offenders , none of which have been assessed penalties by the Office for Civil Rights. 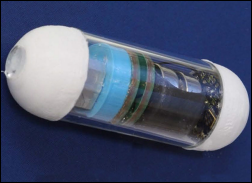 From The PACS Designer: “Re: fluorescent camera pills. As we get smaller technology in the form of camera pills, the innovations become exciting. Florescent technologies are now so small that they can be inserted into a swallowed form that includes a camera that can now detect cancer without using an endoscope. The sensor used is called the single photon avalanche detector (SPAD) and it can detect single light photons given off by the molecules in human tissue.”

From Dorm Fridge: “Re: saying ‘no problem.’ I say it to indicate that whatever I did wasn’t a burden. It makes just as much sense as ‘you’re welcome.’” “You’re welcome” indeed doesn’t make much sense (nor does “thank you,” for that matter – why not “I thank you?”) but at least it’s traditional. Just about everybody I’ve heard say “no problem” — or its even more annoying variant, “not a problem” — is under 30, so I certainly wouldn’t use the phrase when trying to sell something to curmudgeonly older executives. I’ve also noticed that younger folks have unnecessarily raised the gratitude gamesmanship by embracing “thank you SO MUCH,” oddly pronouncing the “so” more like “soul.” Here’s a compromise: expressions of gratitude don’t require a reply, especially the call-and-raise response of thanking that person back, so just let it ride unchallenged or give a slight smile or nod. It’s all weird, of course, just like saying “goodbye” or “bye,” which originated as a shortened version of “God be with you,” which technically a non-believer shouldn’t be saying. I’m also intrigued that non-Texans are using “howdy” for some reason.

RIP Motorhead and Hawkwind singer Lemmy, who has died of cancer at 70.

A reader who wishes to remain anonymous donated $250 to my DonorsChoose project, which was matched by the Bill & Melinda Gates Foundation and then again by my anonymous vendor executive. That allowed me to fund $1,000 worth of teacher grant requests, all of which carried additional matching funds to stretch the donation value to fund $2,000 worth of projects: 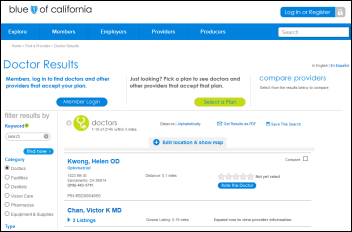 A new law that goes into effect this week allows CMS to fine insurance companies whose provider directories contain mistakes that can cause patients to inadvertently receive out-of-network care. California fined Anthem Blue Cross and Blue Shield of California last month after discovering that 25 percent of the doctors in their directories either didn’t accept their insurance or had moved, while Blue Shield has paid $38 million to cover out-of-network bills that were caused by its inaccurate doctor listings. Critics say the provider directories are full of doctors who are dead, moved, retired, no longer accepting insurance, or not accepting new patients. Insurance companies say directory management is a nightmare since doctors often don’t return their calls and 30 percent of them change affiliations in a given year. CMS originally required insurance companies to call every doctor monthly to verify their listings, but changed that to quarterly since as MGMA says, “The last thing physicians want is for hundreds of health plans to call them every month.” 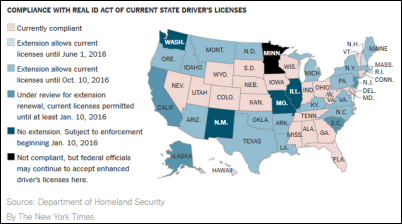 This won’t help the argument for a national patient identifier: the TSA may stop accepting driver’s licenses issued by several states that refuse to comply with federal standards. Federal law requires states to check documents that verify the identity of applicants, equip the license with a chip or magnetic stripe containing the information collected, and to share information with other states and the federal government. The Department of Homeland Security wants to implement the $3.9 billion program to more carefully check travelers and to prevent identity theft, while critics say it’s the equivalent of a national ID card and the recent hack of the Office of Personnel Management raises concerns about storing too much personal information in one location. 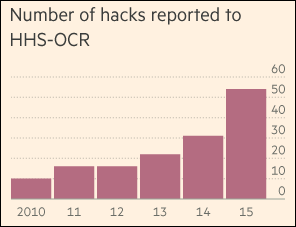 Mainstream media have picked up on a Financial Times report that simply added up the number of hacked US medical record records for 2015 and reached the unsurprising total of 100 million, nearly 80 million of which resulted from the Anthem breach alone. FT repeats the hacker motivation in which a credit card record fetches only $1 on the black market, while a complete medical record is worth $2,000. 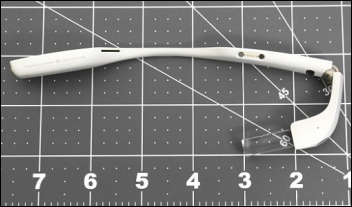 The first non-beta release of Google Glass will occur in mid-2016, says a newspaper that ran purportedly leaked photos of the device obtained from FCC filings. It will now be sold only to businesses under the name Google Glass Enterprise Edition, available only from companies that will pre-load their software on it. Features include a sturdier hinged design, an external battery pack, a larger screen but at least one model that won’t include a screen at all, and eventually a clip-on model for people who wear glasses. Excited Glassholes who paid $1,500 for the previous version – most of whom abandoned it quickly due to limited functionality and unlimited public scorn — probably aren’t thrilled that the Glass development team now refers to their premature technology investment as “little more than a scuba mask attached to a laptop.” 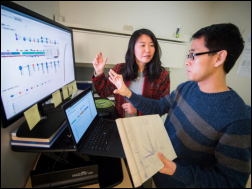 An interesting article questions the AMA’s interest in requiring competency testing for aging physicians. Some experts say evidence is scant that older doctors are less competent or less likely to follow modern standards and therefore any new competency testing should be applied to all doctors. This is a brilliant quote: “It’s a growing concern now that 26 percent of active physicians in the US — about a quarter million docs — are over 60. Fears they will soon go running for the exits and create a physician shortage are competing with fears that they will stick around forever and create a quality performance gap.”

In Pakistan, a government official angry at the IT department of a local hospital gives it until February 15 to go live with its computer system after the project was delayed for five years. 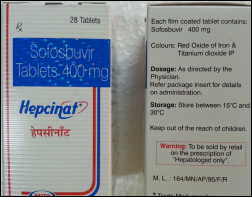 The $1,000 per pill hepatitis C drug Sovaldi costs only $4 in India after Gilead Sciences licenses 11 India-based companies to produce generic versions that aren’t available here. You’re welcome, India (or should that be “no problem?”) That nicely illustrates how product pricing that would be entirely reasonable in every other industry (charge whatever people are willing and able to pay) is infuriating when being an un-wealthy citizen of a purportedly wealthy (but deeply in debt) country means you can’t afford to get something that would make you healthier. 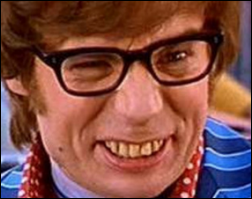 Researchers find that contrary to perception, Britons have better teeth than Americans, mostly because they have access to publicly funded medical and dental care and we don’t. We’re mid-pack in global dental health, which is a lot better than we fare in overall health in every category other than spending.

A senior manager at a company that specializes in “changing health behavior” (meaning being paid to push paid advertising at doctors) urges colleagues that “we must rely in EHR technology to capture data and use it to target our messages effectively … Our promotion can be just as successful as [wrestling promoter] WWE.” You can bet that sort of nonsense will neither raise physician EHR satisfaction nor lower US healthcare costs, but the fact is, it works, because doctors aren’t nearly as smart as they think in resisting the siren song of billion-dollar industries willing to do anything to wrest control of their prescribing pen or keyboard. 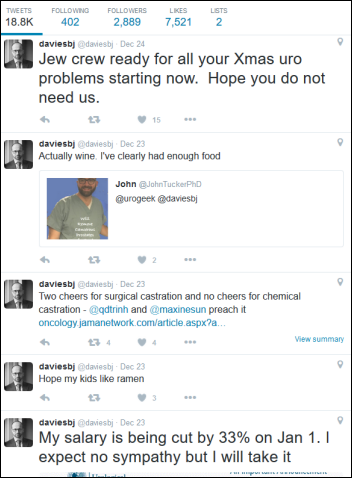 It’s puzzling to me why some experts – doctors, CIOs, and health IT people – seem to structure their entire professional lives around Twitter and Facebook as though whatever they do there constitutes a professional accomplishment worth including on their LinkedIn profile. As evidence, note the unconvincing “7 Social Media Platforms Every Urologist Should Use,” which suggests that “it’s becoming essential for every healthcare professional to cultivate an online presence” and adds that following lame conference tweets is as good as actually attending. The author says every urologist should use Facebook, LinkedIn, Doximity, Twitter, Figure1, Instagram, and Periscope. I think it’s probably an uncommon urologist whose social bleatings would prove entertaining or informative, so perhaps the blanket recommendation that all of them take to the airwaves should be tempered with the reality that not all of them are well suited for it. Self-proclaimed “King of the Urology Twitter World” Ben Davies, MD  (@daviesbj) is an obvious exception, although he shares stuff that patients might not need or want to see.