Maryland fires Computer Sciences Corp. from a $300 million Medicaid computer contract for unacceptable performance and may sue the company to recoup some of the $30 million it has already spent. It had suspended the contract in February. The state’s track record for health IT projects isn’t so good: it also threatened to sue Noridian Healthcare Solutions, the contractor of its health insurance exchange that failed within minutes of its October 1, 2013 go-live, but instead settled for $45 million in July 2015. Most of the wasted money for both Maryland projects, more than $200 million, came from federal taxpayers, although Maryland’s tally is less impressive than Oregon’s squandering of more than $300 million of federal money for an insurance exchange that never even went live. CSC’s record isn’t great, with state Medicaid system problems in North Carolina and a key role in the massive failure of NPfIT in England. 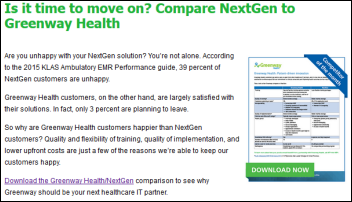 From Rude Boy: “Re: Greenway. Taking direct aim at NextGen in this mailing sent to customers.” 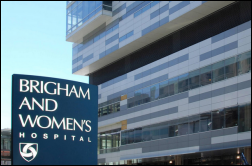 From Clam Chowdah: “Re: Brigham and Women’s. Apart from cost overruns, the main operational issues have been because of radiology and one of their legacy systems. Overall, Epic has performed well.”

From Memphis Hank: “Re: executives of big software companies who not only studied, but also taught software engineering or computer science. Along with Epic, there’s also Adobe, SAS, and ESRI. An interesting follow-up analysis would be: what happens to products and customers when geek founders are replaced by private equity and other finance-centric executives?” Big companies run by technologists are about as rare as big health systems run by clinicians.

From Hot Tub Club: “Re: funny video. Remember this one you wrote up years ago?” I remember the dry-humored, four-part video from 2009 in which a slick but clueless salesperson (“I’m not really familiar with what our software things do”) meets with an annoyed and sometimes profane CIO. I was trying to recall the animation tool used and finally remembered that it was Xtranormal, which shut down in 2013.

I took my car in for an oil change and got a rare look at daytime TV with a laugh-inducing sight: Dr. Oz wearing scrubs on a talk show as though he might be called upon to perform an impromptu, on-screen surgery on one of the incessantly chatty hosts.

Watching: Jane the Virgin, a witty, fast-paced, and non-profane comedy that has Season 1 on Netflix. I had to give up on American Horror Story because of its overreliance on profanity and graphic violence in Season 2, but that’s OK since I rarely watch TV anyway.

Nick van Terheyden followed up on his observation that HIStalk is blocked by the government in United Arab Emirates, which I thought might be a technical issue instead since several of my Dubai readers say they can read it just fine.  Dr. Nick asked the Emirates Integrated Telecommunications Company to unblock it, but they said it’s intentional per Telecommunications Regulatory Authority. Beats me why.

Last chance to nominate your choices for the HISsies awards. I’ll be emailing ballots to the people who have signed up for HIStalk updates in the next few days. It’s easy to spot the company-encouraged employee responses because the respondents skip most of the categories except Best Vendor and Best Leader and enter their company and CEO names there.

December 15 (Tuesday) 1:00 ET. “CPSI’s Takeover of Healthland.” Sponsored by HIStalk. Presenters: Frank Poggio, CEO, The Kelzon Group; Vince Ciotti, principal, H.I.S. Professionals. Frank and Vince are back with their brutally honest (and often humorous) opinions about the acquisition. They will review industry precedents (such as Cerner-Siemens), the possible fate of each Healthland product, the available alternatives, and steps Healthland customers should take now. Their previous webinar that covered Cerner’s takeover of Siemens has drawn nearly 7,000 views and this one promises to be equally informative and entertaining.

Express Scripts will invest $25 million in revenue-generating health IT companies related to drug adherence and personalized care. Actually the announcement says the investments will focus on “prescription drug adherence,” so I assume those who are addicted to street drugs are already adhering just fine on their own. 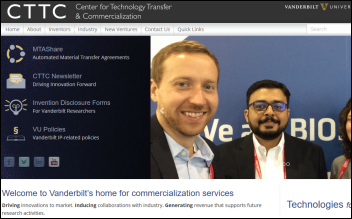 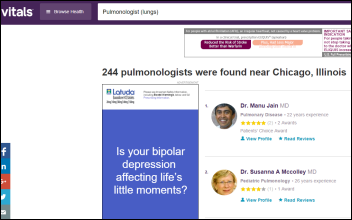 Goldman Sachs and other investors provide $41 million in funding for doctor search site Vitals, raising its total to $86 million.

Ascension Health signs an exclusive, 10-year revenue cycle agreement with Accretive Health and will invest $200 million in the company. That’s an interesting development given that Ascension tried to buy Accretive this past June, was turned down by Accretive, and then announced that it would not renew its contract with Accretive that was to expire in 2017, forcing Accretive to “undertake a review of strategic alternatives” at the prospect of losing a customer that represented 50 percent of its business. Accretive shares jumped around 50 percent following the latest announcement, but are trading at 90 percent less than their mid-2011 price and at about half the share price at the time Ascension offered to buy the company. Accretive’s market cap is $300 million, so a $200 million investment must represent at least a 50 percent stake.

Gurpreet Singh (MD Revolution) joins CareSync as VP of interoperability. The company says it has hired 60 employees since it announced $18 million in Series D funding in October. 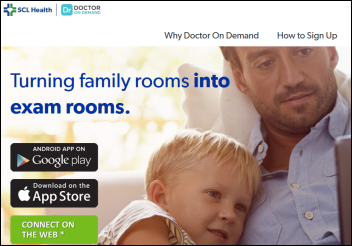 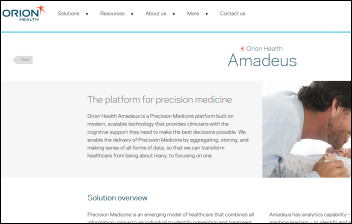 CMS says that 2.8 million people have signed up for insurance via Healthcare.gov, one million of them first-timers. Healthcare.gov CEO Kevin Counihan say 80 percent of consumers can find coverage for less than $75 per month after government subsidies. 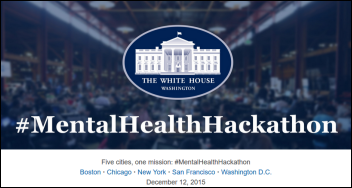 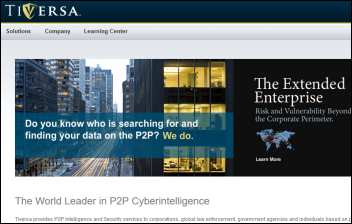 A federal judge denies LabMD’s request for sanctions against security vendor Tiversa, which LabMD said intentionally breached its systems and then threatened to report the company to the government if it didn’t buy Tiversa’s security services, resulting in LabMD’s eventual shutdown after a long Federal Trade Commission fight. Meanwhile, Tivera’s CEO, stung by accusations of extortionate sales practices in LabMD’s case, writes a Wall Street Journal letter titled, “Tiversa Was a Good Samaritan, Not a Bully” in which he states that the company sent LabMD a services proposal at the company’s own request without any threat that it would otherwise tell the FTC about the exposed information. He blames a former Tiversa employee turned whistleblower who has “a history of not telling the truth.” He says Tiversa is suing LabMD and its former employee for defamation. 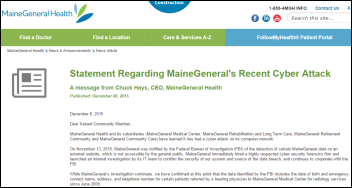 A hospital employee and his wife are charged with stealing the information of 80 patients to take over their credit card accounts and fraudulently charge $300,000 worth of upscale fashions and accessories. 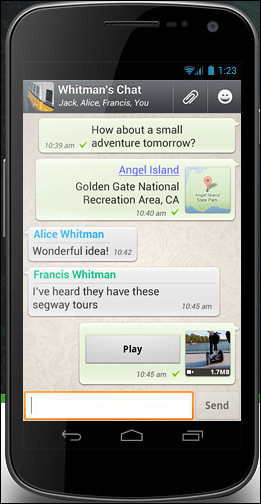 A study finds that two-thirds of doctors in Italy and nearly 90 percent in Brazil communicate with their patients via the WhatsApp messenger app. 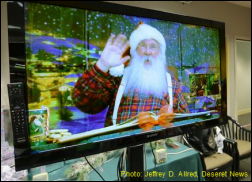 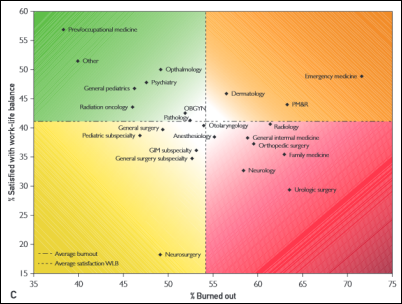 A Mayo Clinic Proceedings article looks at physician burnout, which it unsurprisingly concludes is getting worse. It should have added a third axis of average income by specialty, which would have shown that internal medicine and family medicine have high burnout paired with lower incomes compared to their equally burned out but higher-earning peers in orthopedic surgery and radiology. 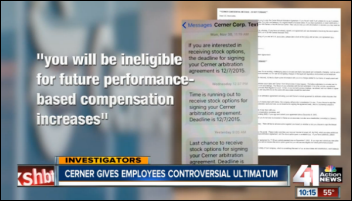 A Kansas City TV station reports that Cerner is requiring its employees to sign an arbitration agreement that prevents them from suing the company for any reason, offering them $500 in stock options if they signed by December 8 but denying them future merit pay increases if they didn’t. Employees had previously filed two class action lawsuits claiming they were incorrectly classified as salaried employees and thus were denied overtime pay. The arbitration clause would eliminate the possibility of such lawsuits. An anonymous Cerner employs speculates on Reddit (not entirely convincingly) that Cerner is trying to work around terms of its Siemens HS acquisition that require it to use Siemens service years to calculate severance pays in the case of Malvern layoffs. 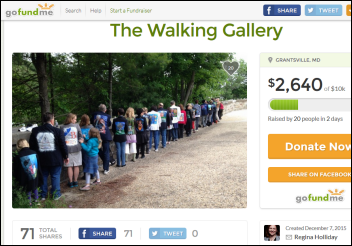 Regina Holliday is running a GoFundMe campaign in hopes of raising $10,000 toward her expenses in creating The Walking Gallery jackets. I should also mention her excellent book, “The Writing on the Wall,” that came out earlier this year. I see it’s now available for Kindle as well as softcover. I thought it was superb and I strongly recommend it.

The mystery buyer of the one-of-a-kind Wu-Tang Clan rap album — the most expensive in history at $2 million for the only copy that will ever be sold — is revealed to be the most-hated man on the Internet, Turing Pharmaceuticals CEO, pharma bad boy, and aspiring rap producer Martin Shkreli. Shkreli says be bought it hoping he can hang out with celebrities who want to hear the album (he’s hoping for Taylor Swift), but when asked if will stream it free for Wu-Tang fans, he replied with the same logic that’s behind his 5,000 percent price hike for Daraprim, “Why would I pay millions of dollars just to let everyone listen to it for free?” He says he may commission more bands to make albums for his ears only just because he can. 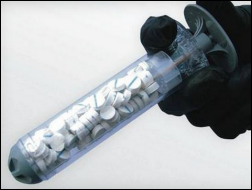 Weird News Andy predicts “Sold Out in Chicago,” as FDA approves commercial sale of a former military-only device that injects sponges into a bullet wound to stop bleeding in 20 seconds. The sponges are tagged with radiopaque markers so they can be detected and removed later.