CPSI Will Acquire Healthland for $250 Million 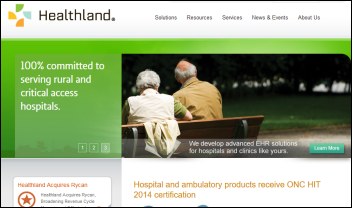 CPSI will pay $250 million, 65 percent in cash and 35 percent in stock. The company will also take on $150 million in funded debt to complete the transition.

CPSI Board Chair David Dye will take the role of chief growth officer, TruBridge President Chris Fowler will become COO, and Matt Chambless will be promoted to CFO. Healthland President Chris Bauleke will remain in that role.

CPSI shares rose sharply on the news Wednesday, but are still 26 percent off their 52-week high.