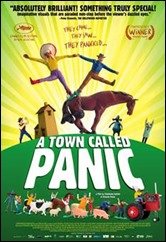 We hear a lot of chatter about big data and the ability to conduct analysis and draw conclusions from enormous volumes of information. I know I’ve written previously about attempts to determine whether Agatha Christie was developing dementia through analysis of her writings. I’d love to do analysis right now on some of the physicians I’m connected with through social media. Based on some of their posts, one might extrapolate a far-reaching conspiracy, mass paranoia, psychosis, or all three.

What has them so excited? It’s ICD-10, of course. Apparently quite a few hospitals are just beginning their ICD-10 preparations. For physicians who are on staff at multiple facilities, the training requirements are converging to form a perfect storm of regulatory madness. One of my friends from medical school reports being required to complete training programs at all three hospitals where he has medical staff privileges.

Despite having completed two previous programs, the third hospital is requiring him to complete more than 20 online training modules. Even though he’s a particularly specialized surgeon that deals with a part of the human body smaller than an elementary school milk carton, he had to sit through courses on coding for OB/GYN, neonatal diseases, and specialties he’s never going to use.

Since this was his third go-round, he timed the modules. They took more than 15 hours. He also reports that the narration was done by someone “with no idea how to pronounce medical terms.” I hope he was multitasking during the non-relevant portions or at least enjoying a cocktail because I know I would have gone crazy if faced with the same scenario.

It’s been entertaining to watch the back-and-forth as other physicians respond to posts complaining about ICD-10. One friend asked, “Is it just me or is ICD-10 going to make the practice of medicine more inefficient? Does it seem like it was created by bureaucrats who are trying to assert a rationale for their existence?” Another responded that the second question provides the answer to the first.

A third friend answered that without required ICD-10 courses, new regulations, and more hassles, “the woman who doesn’t know how to pronounce medical terms and lots of other people like her wouldn’t have a job, so they come up with new rules to keep themselves busy to justify their jobs.”

Indeed, that sounds a lot like some of the bodies that have been making an increasing number of healthcare regulations over the last several decades. There was a comment that ICD-10 is a conspiracy “to force physicians into the arms of hospital networks.” Certainly one might be inclined to only be on staff at one or two facilities rather than three or four if one has to take redundant training. I sympathize with what he’s going through – I once went live on the same EHR at two different hospitals and had to complete the entire training curriculum for both, even the parts of the system that are not client-configurable.

Another friend suggested just blowing through the slides and taking the end of module test since “doctors are some of the best test-takers in the country.” One physician chimed in that she has so many emails in her inbox about ICD-10 that it would take days to go through them. She plans to take a course at a local medical school and hopes it will be “helpful rather than soul-sucking.” Unfortunately, many of the ICD-10 courses I’ve heard about represent the latter.

One of the best follow-up comments I read was from a friend of a friend of a friend (funny how social media works that way) who said his hospital offered an animated course with a cowboy and a talking horse/donkey character. I certainly haven’t heard of that one, but would love to see it if anyone can point me in the right direction. Just thinking it reminds me of my own hospital’s HIPAA videos, which had a questionably-executed gangster/flapper theme.

It’s all too easy to get sucked into social media and I didn’t want to waste much more time than I had already spent. Before I closed my browser, though, I did come across this video  of a woman surfing in stilettos. I thought it was pretty impressive, but one of my shoe diva friends commented it was a way to ruin a good pair of shoes for sure.