ICD-10 is roughly six weeks away and CMS is launching an ICD-10 Clinical Concepts Series for specialties. Each guide contains specialty-specific information that can be shared with providers, including common ICD-10 codes and their counterparts. It also includes clinical scenarios for practice and links to case studies and other resources. If you’re looking for supplemental materials for your physicians, it’s worth a look. Specialties already released include Internal Medicine, Cardiology, Pediatrics, OB/GYN, Orthopedics, and Family Practice. They seem to be all on the website, but CMS is still sending out separate emails announcing their availability.

As a side note to CMS (rant alert) can we please come into the 21st century and start calling my specialty Family Medicine? There are still plenty of EHR vendors who can’t get the name of the specialty correct, either. The American Academy of General Practice was founded in 1947 and in 1971 became known as the American Academy of Family Physicians. We’ve never referred to ourselves as Family Practice. The MD certification board was originally called the American Board of Family Practice, but changed its name to Family Medicine in 2005. The DO board was originally the American Osteopathic Board of General Practitioners and changed its name to the American Osteopathic Board of Family Physicians in 1993.

CMS continues to use taxonomy codes that have not been updated to reflect the changes in specialty certification nomenclature that occurred up to two decades ago. CMS specialty code 08 (associated with provider taxonomy code 207Q00000X) still refers to us as “Family Practice.” With the increasing number of Nurse Practitioners (across many specialties), continuing to use outdated terminology is confusing. Physicians generally want to be referred to as such – for example, Internal Medicine physicians should not be referred to as “General Practitioners.”  Physicians who care for children are Pediatricians rather than pediatric practitioners.

Thanks for putting up with my brief history lesson. It’s good information for those of you in the implementation trenches who may wind up on the receiving end of a physician’s unhappiness at finding the name of his or her specialty butchered in the EHR. It may seem like a small issue, but physician psychology is often complex. I’ve lost physicians at the beginning of a training session because they’re fixated on the idea that if the system can’t even get their specialty right, it can’t be that great of a system. It’s hard to overcome that kind of negativity if you run into one of those providers. 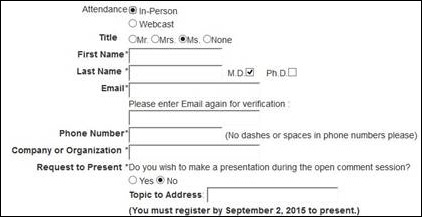 CMS isn’t the only governmental body that might be inadvertently offending physicians and other clinicians. I registered today for a meeting on laboratory data interoperability sponsored by FDA, CDC, and the National Library of Medicine. Although the registration form had checkboxes for MDs and PhDs, apparently DOs need not apply. I guess they don’t realize there literally dozens of disciplines that take part in the care and feeding of laboratory systems and interfaces. If they couldn’t provide a more comprehensive list, they should have just made it a free text field and let users enter whatever credential they feel is appropriate. 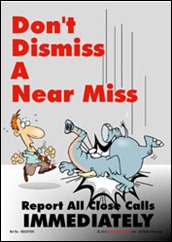 I had a near-miss in the office today as a result of another unexpected downtime. Usually the labs that are performed in-office are transcribed from the little analyzer printout slips to the EHR by the staff, which does a peer review to make sure there are no transcription errors. The EHR flags the results in different colors and bold type if they are out of range. I missed a significantly abnormal lab result at the time I reviewed it, only seeing it at the end of day after it had been loaded into the EHR and I was catching up on charts. Fortunately the patient had been admitted to the hospital for other reasons and the abnormality was addressed there, but that doesn’t make the experience any less horrifying for a physician.

In thinking through the event there were several potential causes:

Having the little cash register-type tape use color or having it in a more standard format that made the result stand out would certainly have helped, but it wouldn’t have countered the impact of general chaos or the fact that I was moving fast. I’m exceedingly thankful that the patient didn’t have any negative consequences. It’s a lesson learned for my next downtime experience, which based on the odds this week could happen at any minute.

This is the first time I’ve experienced system outages on a vendor-hosted system. In my past life, we’ve always been self-hosted and have been able to provide regular updates to the users. This week the practice’s owners have struggled with the vendor and it feels like the communication is not very good. In addition to system outages, the vendor’s telephone system went out today. I don’t know if it was related to the customer downtimes, but it’s adding up to be a perfect storm.

Speaking of outages, my former employer had to take down the EHR today at several hospitals for “urgent maintenance” at 9:30 in the morning. Despite my resignation, they haven’t removed me from the distribution lists, so I get all the notifications. The announcement came at 9:15 after the system apparently became so sluggish it was unusable. That’s not a lot of notice to give people in the swing of a busy hospital morning when you have hundreds of patients receiving procedures and treatments. It’s one of the peak times on the operating room schedules, so I can only imagine the magnified chaos going on there compared to my own downtime experience.

Do you agree that downtime is the gift that keeps on giving? Email me.