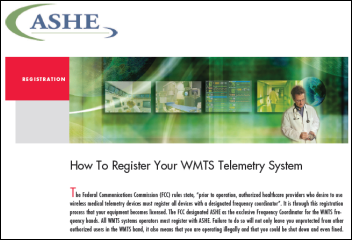 The American Hospital Association complains that the FCC’s decision to open up TV and 600mHz bands to unlicensed devices such as wireless microphones places hospitals at risk since Wireless Medical Telemetry Service uses 608-614 mHz. The FCC denied AHA’s request for a delay but agreed to increase the geographical buffer zone to several hundred meters, leaving it up for hospitals to figure out how to enforce it to avoid interference with their vital signs and cardiac monitors. Hospitals request the buffer zone by registering each device in a central AHA database that unlicensed devices are supposed to check in finding a vacant frequency.

From PollyWantACracker: “Re: Yale Physician Services. I played golf with two of their MDs. They both stated that Epic had a terrible rollout, they are still trying to figure it out, and they wished they hadn’t switched.” Sounds like par for the course (no pun intended) following an EHR rollout. I thought Epic had been live there for some time, so either they still aren’t over it or perhaps their practice was implemented later in the cycle. 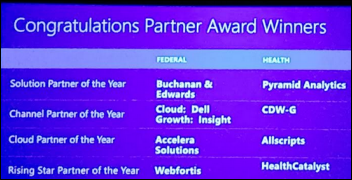 From Howdy Partner: “Re: Microsoft’s US partners of the year. Will be announced soon, but here’s the slide from their user group meeting last week announcing the winners.” Hopefully Microsoft will realize that it spelled the name of its Rising Star Partner of the Year incorrectly – Health Catalyst is two words.

From Will Bloom: “Re: cloud. I ran across your 2008 article. It was pretty forward thinking then.” I had to dig to figure out which one the reader was referring to. I think it’s this one, where I argued for SaaS and connected networks in opining:

In other words, I don’t need a loaded PC any more than I need a gas generator, a TV antenna, or an outhouse. The grid is better, cheaper, and more reliable to meet those needs. All I need is a connected appliance. But more importantly, the network adds tremendous value. You contribute a little by joining, but you get a lot in return … The Holy Grail is to pull data back out in a way that lets hospitals learn something actionable, like which antibiotics work best or which lab values correlate with genomic profiles. Few hospitals have the capability to even get that kind of information from their own locally stored data. Fewer still can tap into the collective knowledge of their fellow IDN members. And nearly none can focus the accumulated intelligence of hundreds of peers when making important clinical and business decisions … It will soon make good sense to shut down the endlessly duplicated silos of locally maintained hospital IT and get on the grid instead.

From Hacky Sacker: “Re: hackable medical devices. You mentioned the FDA’s warning about wirelessly controlled infusion pumps that can be taken over by hackers. Here’s a live demo of an actual IV pump hack as performed at the recent BlackBerry Security Summit.” The live hack of a PCA pump is sobering, although hackers have limited incentive to prowl security camera-equipped hospital hallways looking for medical equipment to hack. The demo hacker connects the PCA pump to his laptop via Ethernet, uses hacker tools to see what network services and ports the pump is using, uses unsecured Telnet and FTP to gain root access to the pump, then finds the wireless network name and unencrypted WEP passwords to log into the pump wirelessly as well. He installs malware into the pump’s firmware and changes settings freely, such as increasing the narcotic dose to a level that would have killed the attached patient.

Poll respondents minimized Cerner’s contribution to the DoD win by Leidos, Accenture, Cerner, and Henry Schein, with 42 percent of them crediting the DoD’s incumbent vendor Leidos, 26 percent saying the selection was due to political influence, and 17 percent suggesting that  DoD chose the Leidos team strictly on price. New poll to your right or here, triggered by my report on Meditech’s latest financials and the company’s ensuing response: is Meditech’s market position getting better or worse? 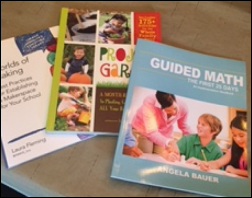 Elementary schoolteacher Mrs. F from Wisconsin sent a thank-you note and photos about the STEM professional development library and iPad Mini we funded via vendor donations (with matching funds from the  Bill & Melinda Gates Foundation). She says neither she nor her school district could have afforded the 20 books that she’s studying on her own time this summer in a pilot project to prepare for the upcoming school year. Her school is moving toward a STEM (science, technology, engineering, math) emphasis and she and her colleagues needed to dig deeper into how to prepare students for 21st century careers. She especially liked the units on MakerSpaces, do-it-yourself labs where students are provided with tools, supplies, and space to explore their scientific interests. Vendors who donate $1,000 or more to my DonorsChoose project get a mention here on HIStalk and have their funds matched by an anonymous vendor executive benefactor.

The update on my Windows 10 experience is as positive as I could hope – I’ve had no problems or seen any puzzling or questionable behavior. I had ongoing memory and disk problems under Windows 8 , not a big deal, but near-lockups that occasionally required bringing up Task Manager to kill piggish, long-running apps like Firefox. I haven’t had to do that under Win10 and my CPU and desk utilization are still low, dropping down to 1 percent or so when I’m not doing anything. I hadn’t thought of using the laptop’s webcam microphone to give verbal requests to Cortana, but that’s working too, although its speech recognition isn’t nearly as good as on my Amazon Echo, so I’ll stick to keyboard entry.

Streamline Health Solutions will implement the abstracting module of its Looking Glass solution at one of its existing, unnamed customers through a channel partner. 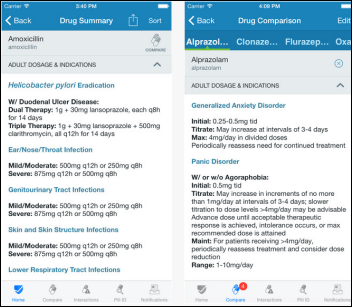 Baidu, the Google-like China-based web services company, develops “Ask a Doctor,” a voice translation application that allows users to speak their symptoms to then receive a possible diagnosis and link to a nearby medical specialists. The company says its goal is “to build a medical robot.” The company is building artificial neural networks to allow it to accept voice input in the complex Mandarin language. It also hopes to connect to EHRs, which are in early deployment in China. 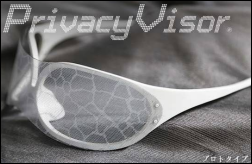 The Privacy Visor, $240 eyeglasses that trick facial recognition systems so they can’t identify the wearer in a form of visual opting out, will go on sale in Japan within a year. They were developed by a government-affiliated institute. 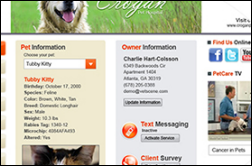 A Health Affairs Blog post asks a question I’ve raised many times myself: why do veterinary practices, especially those in chain pet stores, have far better patient portals and EHRs than their medical practice and hospital counterparts?

This tweet makes perfect sense: why are hospitals considered the organizations best equipped to manage overall individual or population health? Not only do most people spend only a tiny fraction of their lives interacting with hospitals, hospitals don’t even make up a significant percentage of the time a given patient spends interaction with the healthcare system since most care is delivered from physician practices, pharmacies, walk-in clinics, etc. Unstated bias puts hospitals in the healthcare driver’s seat when they have always been the poorest performing, most expensive, and most consumer-indifferent healthcare resource, not to mention the one patients would most like to avoid. Hospitals made their fortunes cranking out highly paid and questionably effective procedures while blaming insurance companies and doctors for most of what’s wrong with healthcare, and now that the market is less inclined to pay for those procedures, hospitals have suddenly developed a keen interest in the overall wellbeing of their customers.

Researchers find that EHR medication lists perfectly match a patient’s claims data only 24 percent of the time, with 60 percent of the discrepancies involving EHR-profiled meds with no claim filed and 40 percent having meds for which a claim was filed that didn’t appear in the EHR.

China’s technology-driven healthcare reform has stalled, with policy changes and innovative technology startups failing to overcome inadequate IT systems, overregulation, and pressure from the dominant state-run hospitals that still deliver 90 percent of visits. Doctors are also pushing back against reform that would reduce hospital reliance on drug sales for income, saying they need the money to stay open. 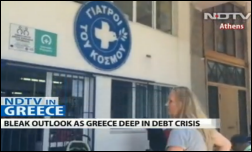 Greece’s financial crisis has led to the formation of illegal free clinics, most of which refuse to register with the government because they say the government is legally responsible for providing the care they are delivering. The country’s 25 percent of hospitals that are not government run are struggling with patients who can’t afford their services and who are instead crowding public hospitals, which are 40 percent fuller than before despite an austerity-mandated hiring freeze that has been in effect since 2011.

Healthloop founder Jordan Shlain, MD says public reporting of surgical outcomes (“data scalpels”) is causing surgical teams to review their overall performance since every person on it contributes to outcomes (“your income will be dependent on your outcomes.”) He urges physicians to collect and analyze their own data instead of letting insurance company statisticians boil it down to their own questionable conclusion.