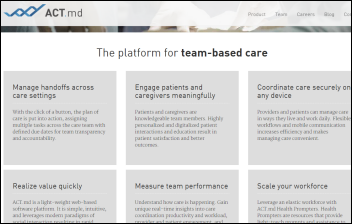 An investment firm founded by Harvard professor and disruption author Clayton Christensen invests $8.4 million in ACT.md, a care coordination platform developed by Zak Kohane, MD, PhD and Ken Mandl, MD, MPH from the informatics department of Harvard’s Boston Children’s Hospital, both of whom are also on the company’s board. The advisory board includes Mark Frisse of Vanderbilt and John Halamka of BIDMC.

From GraySky: “Re: [hospital system name omitted]. Will announce on July 30 that it will spin off several hospitals and its management and consulting company.” Unverified. I’ve left out the system’s name for reasons that will become apparent if the rumor turns out to be true.

From WikiStiki: “Re: Wikipedia’s hot mess entry on ‘electronic health record.’ It really needs to be rewritten.” The page is pretty much a disaster, an unfocused collection of facts (and quite a few opinions) written by people who don’t understand the big picture. WikiStiki offered to rewrite it if a sponsor will help cover some of the cost of her time, so I’m wondering if anyone thinks it’s worth doing. The page is probably read only by non-industry people, but that might make it even more important that it be accurate, timely, and clear (it’s none of those things now).

From Polite Spokesperson: “Re: startups. Another responsibility of startups is to create jobs.” Not true. Companies don’t hire people just to be nice or to bolster the local economy. The last thing I want as an investor or shareholder is for a company to pad its payroll with unnecessary employees since that just makes the company non-competitive. We’re just starting to realize in America that we have more people who need jobs than we have companies who need employees given farm and manufacturing productivity increases caused by technology (not to mention citizens who have prepared themselves poorly for decent jobs). However, I’ll return to your assertion to agree that people who find themselves unemployed or underemployed need to consider an alternative to wage slavery, such as jumping on the 1099 economy by starting a small business or contracting themselves out. People gripe endlessly about their employers, but don’t position themselves to do anything more than find another job working for someone else to be unhappy about. We don’t raise entrepreneurs like they do in hungrier countries, but that seems to be slowly changing. The future of our economy is small businesses, especially those that can turn impressive per-employee revenue.

Here’s how a monopoly behaves from an example I was reading about. Electric companies whose customers install solar panels are required by law to buy back any excess energy that customer generates, allowing solar customers to lower their monthly electric bills to a very low rate that will eventually offset the high cost of the initial installation. Electric companies, alarmed at the possibility of widespread consumer choice, are now lobbying to change the laws to not only eliminate the requirement that they buy customer-generated power, but they also want to charge those customers more than their actual electricity usage because they see solar users as freeloaders who use their grid without paying their fair share (the entitlement attitude is rampant among utilities). Electric companies are worried that as more customers use less of their product in favor of cheaper alternatives, they will have to spread their high fixed costs over fewer and fewer full-paying customers, feeding the cycle all over again as solar panels become even more cost effective. That’s the same problem the post office can’t figure out. You might well find similarities in healthcare. Government and monopolistic organizations never graciously accept getting smaller and instead find more desperate ways to protect their government-granted fiefdoms against declining market demand.

A reader asked for ideas about how hospitals and providers could respond more effectively to patient requests for electronic copies of their records. Send me your thoughts via this quick online form (it saves you from having to compose an email) and I’ll summarize them. My main takeaway is that records requests go to the hospital’s HIM department, which is usually clueless about anything electronic such as the hospital’s patient portal and not all that user friendly when it comes to patient requests. It’s also bizarre that a business case even exists for release of information companies to place themselves between patients and providers, but that’s another issue. Meanwhile, here’s what I came up with.

If you want to critique your own provider, here are some ideas. Email me your experience. You don’t even need to actually make the records request – just see what’s involved. 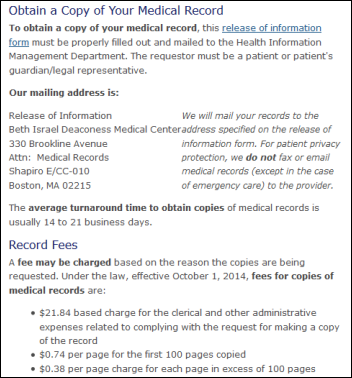 I decided to randomly choose a hospital and see how they handle records requests from patients. This is from Beth Israel Deaconess Medical Center, which accepts requests only via a mailed form and offers only paper copies of records, taking up to 14-21 business days (it’s odd to count business days in seven-day full-week increments) and costing the requestor around $600 (!!) for copies of a full chart. The “internal only” portion of the form suggests that the patient must produce a photo ID. I bet John Halamka’s IT group has nothing to do with this process and he’s probably not even aware of it since the chasm between HIM and IT is wide in hospitals.

I’ve noticed that other hospital sites say that HIPAA prevents them from providing records without the patient’s signature, meaning electronic requests can’t be accepted. I’m not so sure this is true, but perhaps a HIPAA expert can weigh in. 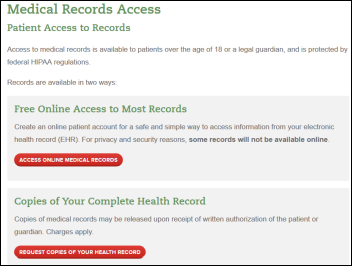 Florida Hospital’s medical records page tells patients upfront that they can get a lot of their information from their portal, to which it provides a link. Every hospital should do this. Hospitals need to get with the 21st century and realize that the HIM department is no longer the obvious and sole gatekeeper for patient records requests. All of this presumes a patient has Internet access and capability – I can only imagine the roadblocks they would find calling the hospital switchboard.

July 30 (Thursday) 3:00 ET. “De-Silo Your Disparate IT Systems Around the Patient with VNA.” Sponsored by Lexmark. Presenters: Steven W. Campbell, manager of diagnostic applications and interfaces, Piedmont Healthcare; Larry Sitka, VNA evangelist, Lexmark. The entire patient record, including both DICOM and non-DICOM data, should be available at the point of need. Disparate, aging systems that hide data inside departmental silos won’t cut it, nor will IT systems that can’t integrate medical images meaningfully. Learn how Piedmont Healthcare used a vendor-neutral archive to quickly and easily migrate its images and refocus its systems around its patients.

Previous webinars are on the YouTube channel. Contact Lorre for webinar services including discounts for signing up by Labor Day. 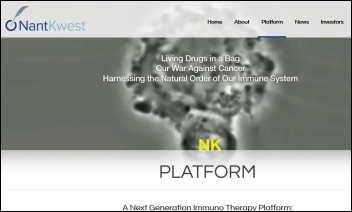 NantHealth founder Patrick Soon-Shiong, MD takes cancer drugmaker NantKwest public Tuesday in the biggest biotech IPO in several years at a $2.7 billion market cap. He bought Conkwest less than a year ago for $48 million, renamed it, and kept 60 percent of shares, valuing his newly IPO’ed holdings at $1.6 billion or 33 times what he paid for the company a few months ago. 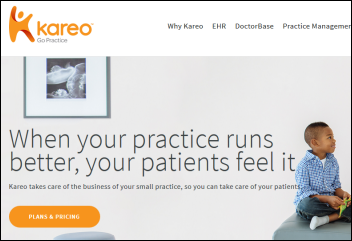 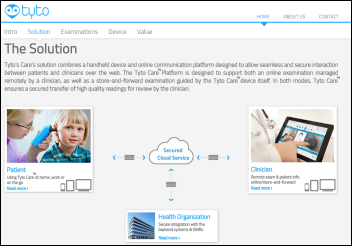 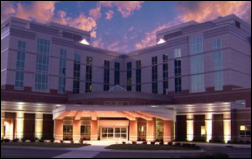 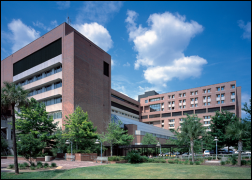 A security researcher finds a flaw that lets hackers take over Android phones by simply sending a self-destructing text message, meaning all they need is the victim’s cell phone number to launch a Stagefright trojan attack that can’t be detected or prevented. 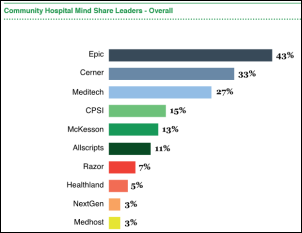 A new report from Peer60 finds that 20 percent of community hospitals are planning to replace their EHRs, with the major complaints being poor usability and missing functionality. Meditech is the dominant product, followed by McKesson Paragon, Cerner, and Healthland, but the hospitals are focusing on Epic, Cerner, and Meditech in considering new systems.

Fortune magazine seems to have dumbed itself down considerably in the past few years, but it also seems to believe its readers are getting stupider along with it as it sleuths out an under-the-covers scrappy healthcare startup called McKesson (#11 on the magazine’s own list of largest US corporations). John Hammergren surely grimaced at the writer’s obvious lack of industry knowledge in trying unsuccessfully to pose insightful questions.

In Canada, Nova Scotia stops further hospital EHR rollout amidst physician complaints about inefficiency, lack of consistency between practice and hospital EHRs, and worries that practices maintain information that they don’t share. The province issued a “One Person, One Record” RFP in April 2015 with hopes of replacing the three hospital EHRs it had previously approved, use of which the government says is “beyond what we can sustain in a province the size of Nova Scotia.” 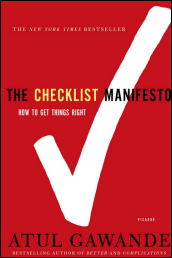 A study finds that hospital checklists, which delivered dramatic clinical results when first introduced several years ago as described in Atul Gawande’s “The Checklist Manifesto,” often fail to deliver similar results when rolled out on a broad scale. A 101-hospital study that found no improvement after checklists were mandated suggests that the problem isn’t the concept but rather its implementation, which is dependent on rollout methods, localization, and staff resistance. In other words, as is often the case, hospitals manage to mess up projects that seem foolproof via their stubborn culture of accepted mediocrity and lack of accountability. 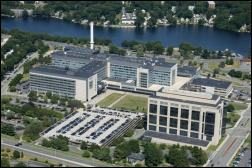 The CEO of UMass Memorial Health Care (MA) says the system will spend $700 million over 10 years to implement Epic, its largest capital expense ever. He adds that Epic cost 10-20 percent more than its competitors, but 500 employees voted Epic as their top choice following demos.

QPID Health posts a pretty funny video called “Squirrelnado 2, the QPID Edition” that has some fun pop culture references that include, “You’re going to need a bigger nutcracker” and the “Nut Bucket Challenge.”

Former Stanford hospitalist turned concierge medicine provider ZDoggMD creates a superb, non-humorous (angry, in fact) video called “Ain’t the Way to Die.” It should serve as a call to action for the half of my recent poll respondents who unwisely haven’t created an advance directive. You might as well do it right now since insurance companies are increasingly requiring it since they otherwise have to eat the cost of long-term ventilator care that patients probably don’t want anyway. I keep watching it over and over. A sample of the lyrics:

Let me go, I’m leaving you—no I ain’t
Tube is out, you put it right back, here we go again
It’s so insane, ’cause though you think it’s good, I’m so in pain
I’m more machine than man now, I’m Anakin

But no advance directive, I feel so ashamed
And, crap, who’s that nurse? I don’t even know her name
You lay hands on me, to prolong my life again
I guess you must think that this is livin’… 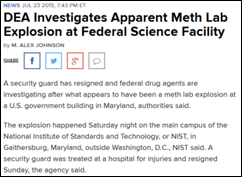 Weird News Andy is fascinated that new guidelines for healthcare mobile device security were published by NIST just as the DEA investigates the explosion of an apparent meth lab running inside NIST’s headquarters, leading WNA to question the security of NIST’s immobile devices. He also likes the article description of NIST as "the federal agency responsible for setting standards for precise measurement of just about everything.”