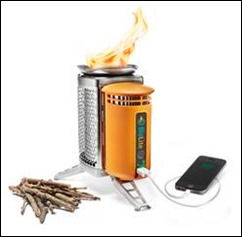 I’m working with a client right now that is having a hard time getting anything done. Their teams are extremely lean and most staff operate without a backup, so vacations have a significant impact. Additionally, it feels like when we have the right people in place from the client side, there is a good likelihood that someone will be out from the vendor side.

I did some work a couple of years ago that involved a Swedish vendor. We were up against an extremely tight timeline because we had been warned that the entire company (literally) would be on vacation for four weeks during the summer. I remember thinking they must be terribly progressive, some kind of Scandinavian high-tech outlier going to extremes to keep their staff happy. After a little digging, we determined it wasn’t that unusual at all – since the late 1970s, Sweden has mandated five weeks of vacation for their workers. Many take the majority of them in the summer.

There are a variety of reasons that approach wouldn’t get very far in the United States. In addition to the political and economic factors opposing it, think about the planning needed to pull it off. Even for a small company, it would involve a great deal of strategic planning to ensure that the time off is factored into all projects. It would also require that projects are actually executed on time so that there are no last-minute pushes into the vacation.

In digging into the economic factors, though, I wonder if the return on investment for something like that might be real. If you look at the lost productivity encountered at a hospital like my current client, it’s significant. Workers are continually coming to the office late or leaving early for a variety of issues: traffic patterns are different with children out of school; childcare situations may be less predictable during the summer months; and tourism picks up in the city, resulting in parking and other logistical issues. We’re also seeing more people working from home to keep an eye on their children, resulting in a greater percentage of online meetings with barking dogs, background noise, and the occasional yelling dad who forgets to use the mute button.

I was looking for information on countries with more liberal vacation policies and came across this great Washington Post summary. It discusses the work of Swedish environmental psychologist Terry Hartig, who notes that those returning from a relaxing vacation tend to return to the office relaxed. I see more and more people “vacationing” with their smartphones, laptops, and piles of documents. Not only are they not enjoying their time away, but I’ve also seen feelings of guilt for those back in the office who feel bad for having to contact them. For those staffers who manage to avoid calling in for meetings, there are productivity-sapping discussions when their colleagues discuss the Facebook posts of those who are soaking up the sun.

Hartig’s research looked at prescriptions for anti-depressant drugs in Sweden over more than a decade. When people vacationed simultaneously, there were fewer prescriptions. The article (from 2014) lists the annual cost of depression at $23 billion a year in the US, so we can add that into the ROI calculation. Hartig also notes that Europeans spend less on healthcare and live longer than Americans – and have 20 to 30 vacation days a year. US companies seem to be cutting back on vacation unless it’s contractually mandated.

A couple of years ago, my health system did a “realignment” of vacation and sick time policies. They essentially declared that ours were too generous and out of line with other employers in our metropolitan area. We had previously been allotted seven corporate holidays and two personal holidays. The personal holidays were originally intended to allow employees to have time off for those holidays that were not corporately-declared, such as Christmas Eve, New Year’s Eve, Columbus Day, Presidents Day, Martin Luther King Day, Veterans Day, etc. if they were important to the employee. The HR people found out that no one else offered anything like that, so the personal days were cut.

That began a race to the bottom that ended with not only the elimination of the personal holidays, but all personal days in general. They also reduced the ability to carry over vacation days from year to year and eliminated the existing vacation buy-back program. They announced the new carry over rules during the last two months of the year. Many departments were getting ready for a major system migration after the first of the year and vacations weren’t being approved, resulting in many more employees who had to lose it rather than use it. Managers were given virtually no flexibility to accommodate their employees. The end result felt a lot like theft.

The Washington Post piece also notes that “the US is the only advanced economy with no national vacation policy (unless you count Suriname, Nepal, and Guyana).” Nearly 25 percent of workers have no paid vacation at all with those who do have vacation averaging 10-14 days a year. When I left my CMIO role, the vacation policies were a total patchwork. Employed physicians in direct patient care were allotted 15 vacation days and five continuing medical education (CME) days for a total of 20 days plus the corporate holidays. Administrative physicians had the same number of vacation days and holidays, but were allocated no CME days. I suppose that means that once you are an administrator you either lack the capacity to learn or the organization assumes you already know everything.

Anyone less than a manager title only got 10 vacation days, regardless of seniority. Even the sick-time policy was confusing. Hourly employees could take their time in one-hour increments but salaried employees had to take it in four-hour blocks. Although they told us that as salaried employees we had the ability to take an hour off here and there without formally requesting it, there was a lot of pressure to make up any time out of the office. The net result was that very few salaried employees were actually able to take advantage of their sick time unless they were seriously ill.

Losing vacation and sick days is fairly common, with the article mentioning an estimated 577 million unused days each year which equates to “$67 billion in lost travel spending and 1.2 million jobs.” Adding that to the ROI, I’m starting to wonder if we can afford to NOT take more vacation. It also mentions some interesting political facts:

I’m taking several vacations this summer, mostly to make up for the lack of them during the last several years. I also have the luxury of being my own boss right now, so it’s much easier than before to schedule a vacation. It’s a bit harder to execute, though, since I’m a corporation of one. Even when clients are understanding and know I will be out of the office, it takes a conscious effort to disconnect. Checking my phone is tempting but it usually results in at least half an hour of work, so I try not to do it at all.

I’m staging all my projects for the next couple of weeks in preparation for some wilderness adventures. I can’t wait to be not only out of the office but in a place that literally has no cell towers or electricity. It also has no running water, but I’m not exactly looking forward to that. I’m sure some of my fellow travelers will be bringing solar chargers or Biolite stoves, but I’m not even taking anything with a USB port.

What’s your strategy for disconnecting when you’re out of the office? Email me.