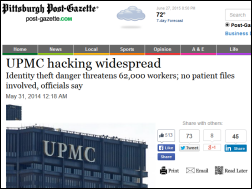 A federal grand jury indicts a foreign suspect for using employee information obtained in the 2014 hacking of UPMC’s computer systems to file 900 fraudulent federal tax returns that netted a group of conspirators $1.5 million. 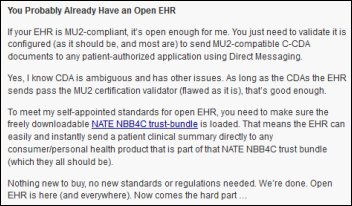 From FM: “Re: Brian Weiss’s article. Great article, Brian. The ‘HIE of one’ is the most simple, and most disruptive, way to achieve interoperability, and all enabled by simple technical building blocks (Direct, C-CDA) plus our inalienable civil rights. All we have to do now is ask. #GetMyHealthData.” I’m doing my own HIE of one, as you’ll read in the next paragraph. I invite readers to do the same and report their results. We keep talking about information blocking, so let’s name names in trying to wrest an electronically transmitted C-CDA from providers who have eagerly lapped from the Meaningful Use trough and therefore should be able to provide one.

I am accepting Brian Weiss’s suggestion that we all become Open Provider Authorized Testing Bodies in requesting an electronic copy of my discharge summary from my one and only hospital admission, which lasted less than a day. It’s an EMRAM Stage 7, Epic-using, MU2-attesting medical center that should be able to send a C-CDA to my newly created Direct address (via Carebox, signup for which took 10 seconds). I suspect clashes with a clueless bureaucracy are in my future as I’ve already had to print a confusing HIM-centric paper form, fill it out (minus my medical record number, since it’s ridiculous that they expect patients to know that), and fax it back (using a free Internet fax service since I don’t even have a landline, much less a fax machine). I’ll be interested to see how they verify my identity and respond to my request for an electronic copy, which could be either easier or harder since they use an outsourced release of information company. The form didn’t even ask what method of delivery I preferred, so if it weren’t for the fact that they’ll probably call up wanting a per-page fee paid before sending me my records, I would probably get a package of paper in the mail by default.

Speaking of Brian’s article, I’ll offer a counterpoint to his suggestion that getting a copy of your own C-CDA means the sender’s EHR is open. That’s a great start, but it doesn’t do a whole lot for interoperability with other providers. It’s annoying for health systems and practices to send out C-CDAs to patients, but it’s downright threatening for them to open up their full patient information to competitors, which is what you would want as the subject of the overused “unconscious in the ED” scenario.

Poll respondents are split as to whether the EXTREME criteria adequately define open, interoperable EHRs. The no-voters unfortunately didn’t tell us what the authors missed. IP address analysis showed no evidence of ballot box stuffing, but I noticed that most of the Epic-based respondents chose “no.” New poll to your right or here, as suggested by a reader’s comment: is HIPAA’s impact on privacy positive or negative? It seems like an obvious “positive” on first glance, but as the reader points out, HHS gave providers complete control to use patient information without consent and with minimal disclosure requirements, pretty much killing the idea that patients own their data (not to mention that the full law failed to accomplish the “P” of insurance portability that didn’t happen until ACA). Rampant misinterpretation of HIPAA, where providers conveniently claim that anything they don’t want to do is prohibited by HIPAA, is a different issue. 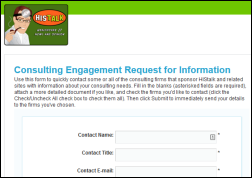 Need consulting help? Consider using the RFI Blaster, which lets you send a brief description of your project to one or several consulting firms via one simple online form, also allowing you to choose your desired method of contact (phone number is optional, in other words). The CIO of a large health system suggested I create it and he’s had success using it since it puts him in control while requiring little of his time or energy.

I’m on a pet peeve streak, apparently. For those who latched onto the trite phrase “not so much,” it’s as eye-rollingly out of touch as a leisure suit. I’m also annoyed at the traffic-desperate “news” sites that repeatedly tweet out old stories like “Epic CEO to donate 99 percent of fortune” over and over again for many days (the actual story was published 12 days ago and they’re still tweeting about it, while another just-tweeted story was posted 22 days ago) hoping to eventually con followers into clicking. It’s also like CNN, which keeps old stories high on the page hoping bored passers-by will click out of instinct, which at least isn’t as bad as milking minimal impact stories (still-missing flights or still-fleeing prisoners) while ignoring less entertaining but far more important topics, such as whether Greece will default or the impact of terrorist attacks in Tunisia.

It’s going to be an easy read today because nearly nothing is happening in healthcare IT this holiday week. I won’t waste your time passing off junk as news.

July 14 (Tuesday) noon ET. “What Health Care Can Learn from Silicon Valley.” Sponsored by Athenahealth. Presenter: Ed Park, EVP/COO, Athenahealth. Ed will discuss how an open business structure and strong customer focus have helped fuel success among the most prominent tech companies and what health care can learn from their strategies. 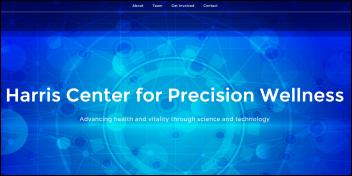 Google is caught secretly installing audio listening software as part of its Chrome browser extension that allows it to respond to audio commands. 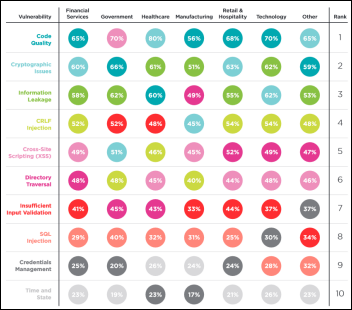 A Veracode report finds that healthcare implements security poorly, with 80 percent of applications having cryptographic issues such as weak algorithms and  only 43 percent of known vulnerabilities being fixed. Still, healthcare scored much higher than the bottom-dwelling government. The numbers aren’t necessarily relevant, however, since they include only those self-selected organizations that engaged Veracode to assess their software risk.

A grand jury finds that Ventura County, CA prepared poorly for its $50 million Cerner implementation, with frequent downtime causing care delays. The agency defended itself by questioning why their project required a third review, with the jury foreman explaining, “We had complaints from the public concerning what happened after the system was live. There were still an awful lot of complaints.” 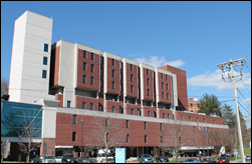 Bristol Hospital (CT) lays off 5 percent of its workforce in four areas, one of them the IT department.

The City of Pittsburgh drops its lawsuit challenging UPMC’s tax-exempt status and UPMC does the same with its countersuit, with the cash-strapped city hoping that more cordial relations will save legal costs and possibly convince UPMC (as well as Highmark, the University of Pittsburgh, and Carnegie Mellon University) to chip in some of the $20 million the city wants non-profits to pay toward their consumption of city services. 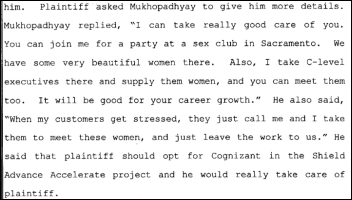 A former executive of Blue Shield of California files a wrongful termination lawsuit claiming that he was fired for trying to reduce its use of outsourcer Cognizant. He claims that a Cognizant VP tried to bribe him by offering, “You can join me for a party at a sex club in Sacramento. We have some very beautiful women there.” The company fired him for sexual harassment of women, saying his homosexuality was irrelevant.

Weird News Andy says this was an easily made termination, although firing isn’t enough. The Detroit Fire Department terminates an EMT who refused to respond to the house of an eight-month-old baby whose mother called 911 to report that she wasn’t breathing, with the EMT providing as an excuse to the dispatcher, “I’m not about to be on no scene 10 minutes doing CPR. You know how these families get.”