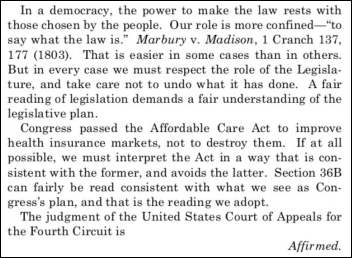 The Supreme Court upholds the legality of  federal medical insurance subsidies for consumers in all states — including those 34 that don’t run their own health insurance exchanges — in a 6-3 decision that preserves the Affordable Care Act.  Shares of publicly traded insurance companies and for-profit hospital operators jumped sharply on news of the decision.

From Blue Eyes: “Re: 12 years of HIStalk. Seriously? I often think of what it would be like without HIStalk.” I calculate that since I started writing HIStalk in 2003, I’ve posted maybe 5,000 times and done around 500 interviews in writing many millions of words each year. I still can’t wait to start filling the blank screen every day.

From LaToya: “Re: [vendor name omitted.] Aren’t they HIStalk sponsors any more?” I sometimes get remarkably frank comments from company employees who explain why they aren’t continuing their sponsorship, most often: (a) we don’t have money in the budget since we’re cutting back all over the place; (b) we are thinking about pulling out of healthcare; (c) we have changed focus to work through resellers or partnerships instead of trying to sell directly to hospitals; and (d) the only person who knew anything about marketing quit, nobody’s really in charge, and we don’t know what HIStalk is. Some of the statements would make juicy gossip items were I inclined to kiss and tell, which I am not.

My latest annoyance: people who email me and then email again when I don’t respond quickly enough to suit them. Nothing is more vexing than a company’s PR person emailing everybody they can think of demanding to know why I haven’t run their news item when (a) they didn’t read HIStalk to see that I already mentioned the item since I’m perfectly capable of finding my own news, or (b) they’re unfamiliar with HIStalk and don’t know that I write news posts only on Tuesday and Thursday nights and over the weekend, so it stands to reason that their Monday announcement won’t have run here by Tuesday morning no matter how newsworthy. I’ll also observe that companies invariably think that all their announcements are stop-the-presses critical when 99 percent of them aren’t even close.

This week on HIStalk Connect: Telehealth vendor MDLive continues the telehealth funding spree with a $50 million private equity investment. The FDA approves a new medical device that helps the blind "see" by delivering information about their surroundings through a vibrating array held in the mouth. Sano Intelligence raises a $10 million seed round to launch its non-invasive glucose monitoring wearable device. Engineering students at Johns Hopkins invent a tamper-proof pill bottle that it hopes will help curb the rise in prescription-related drug overdoses. 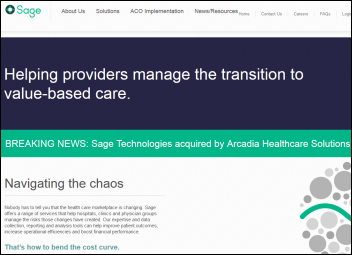 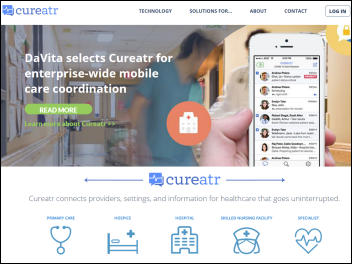 Mobile care coordination solutions vendor Cureatr raises $13 million in a Series B funding round, which the company will use to expand its Care Transition Notification network. 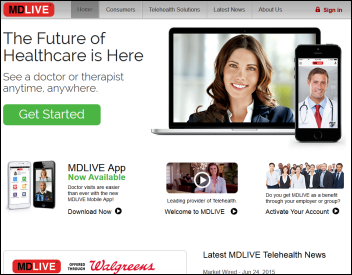 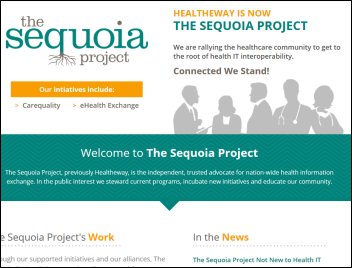 Non-profit Healtheway, which operates the eHealth Exchange and Carequality interoperability initiatives, renames itself The Sequoia Project. The announcement includes a convoluted, marketing-created rationale for the “rebranding process” and “new tagline” that were apparently vital for future success in choosing a name that sounds like a tree-hugging protest group instead of the perfectly good (and easier to spell) name it was already using. Founding members are AMA, Epic, ICA, Kaiser Permanente, MedVirginia, MiHIN, Mirth, New York eHealth Collaborative, Orion Health, and WEDI.

Castlight Health invests $3.1 million in new startup Lyra Health — which offers screening tools, patient-provider matching, and care navigators for behavioral health – and will sell its products with its own.

Alex Popowycz (Fidelity Investments) joins Health First (FL) as SVP/CIO. At least one site reported that he’s Health First’s first CIO, somehow forgetting Rich Rogers and then Lori DeLone, which takes us all the way back to 1995. 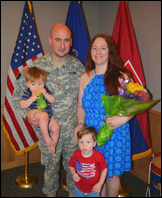 Greencastle Senior Management Consultant Troy Beane is promoted to Major in the Army National Guard. He earned the Bronze Star in 2009 as commander of Delta Company, 112th Infantry Division, while deployed in Iraq. 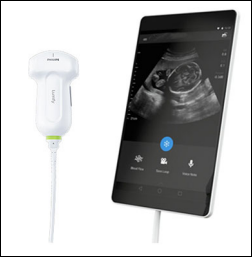 Philips announces a tablet-based, subscription-priced ultrasound solution called Lumify, although its transducer isn’t available in the US yet. 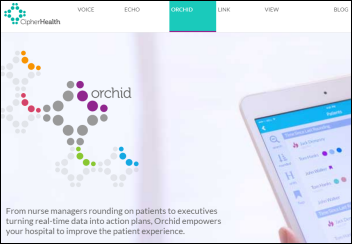 GetWellNetwork names the first two family engagement nurse scholar fellows supported by its O’Neil Center at the University of Pittsburgh School of Nursing.

Florida’s Agency for Health Care Administration will host a half-day symposium on healthcare IT on Friday, June 26, at 8 a.m. in Tallahassee. Speakers include folks from Tallahassee Memorial Hospital, Baptist Healthcare, the Department of Health, and HIMSS. The organizers tell me that interest is good (90 registrations vs. the original 75 cap) so it may turn into a full HIT Summit later this year.

The Department of Justice sues four Michigan hospitals (Hillsdale, Branch, ProMedica, and Allegiance) for illegally agreeing not to compete in each other’s territories. 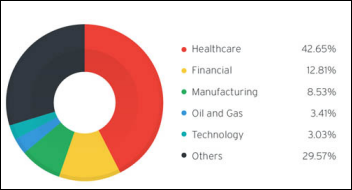 US healthcare organizations seem to be hardest hit by the password-stealing, difficult-to-detect Stegoloader trojan, which embeds much of its execution code inside photos. Security experts think hackers may be targeting healthcare, but my suspicion is that health systems just have a lot more people with limited technology skills using computers (and inadvertently launching malware) than do other industries. 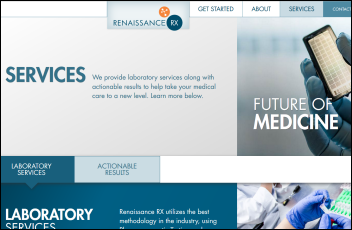 The New York Times ponders the questionable business motivation behind precision medicine and gene testing, highlighting a company that paid doctors $75 for each patient they enrolled and took in $130 million in Medicare money before CMS launched a review of the company’s billing practices, effectively shutting down the 800-employee Renaissance RX. The founders ran an earlier company that also earned Medicare’s death penalty for fraud. Critics say “enthusiasm outpaces evidence” as Medicare was paying for experiments rather than proven treatments. Healthcare wouldn’t get such a bad fraud rap if Medicare was better at performing due diligence before mailing out big checks – couldn’t they have figured out that the people already accused of fraud were involved in the new company? 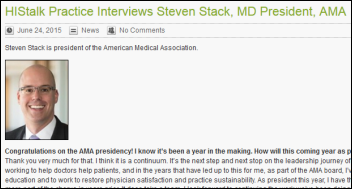 Physicians are very frustrated with these systems, and then we’re very frustrated that the Meaningful Use program that we’re all subject to is overly prescriptive. It lacks flexibility where needed and has compelled us to purchase non-functioning tools to use them in ways that degrade our practice. Let’s not forget that more than half of Medicare physicians are being penalized by Medicare with a one-percent reduction in  compensation because the tools that we are given are so poor and the program the government created so rigid. Now we’re being punished for our inability to achieve what I think, if we really discuss it very openly, is a program that isn’t well designed and sets us up for failure. Needless to say, EHRs continue to be a challenge, and physicians are very frustrated that their input has been disregarded in ways that are injurious to the work we’re trying to do …  Health IT has been helpful and will be far more helpful when these records are actually interoperable. We’ve created digital silos that don’t share information any better than the old system where we had to have people send information via fax machine. If the federal government and software vendors would work much more attentively on making these things interoperable for those things that are of high use to us, I think that physicians would find a lot more joy from the tool than just the current reality where they contribute more misery than joy.

Radiologist Dr. Dalai says radiologist leadership shouldn’t be pushing them to get closer to patients “as part of the team” in order to prove their value, adding that he’s not comfortable in showing up out of the blue to explain his findings when the patient expects to receive that news from their own doctor. He also wonders whether radiologists will “be told we killed Grandma” in trying to serve as gatekeepers in restricting medically questionable exams. He adds,

When a study comes through on my PACS, I could come running out of the reading room; seek out the patient; act like I’m his or her new best friend, playing a warm, fuzzy Marcus Welby (a TV doc from way back, sort of the opposite of House); and discuss the results of the test. Instant gratification! If you knew me personally, you would realize that I really am a warm, fuzzy, caring kind of guy. But when those radiographs come though on my PACS screen, I don’t know anything about the patient other than the two- or three-word history the physician has lowered himself to give me. If I should happen to have a functioning electronic medical record (a contradiction in terms), I might be able to get some lab values and maybe some additional history. But … I still don’t know the patients like the clinical doctors do. I haven’t talked to them, I haven’t touched them, and I haven’t examined them. So would I be doing them a favor by indulging the itch for an immediate answer? … My solution probably comes too late: Avoid joining anything resembling an ACO. You see, we radiologists do add value — with every single exam. Even a normal chest radiograph adds value, but it isn’t "sexy" and doesn’t increase our self-aggrandizement.

Weird News Andy labels this widely reported story as “Smart Phone, Dumb Doctor.” A man hits “record” on his smart phone just before his colonoscopy begins so he can capture his doctor’s instructions. The playback reveals a “while you were sleeping” view of what anesthesiologist Tiffany Ingham, MD really thinks as she tells her sleeping patient, “I wanted to punch you in the face and man you up a little bit;” calls him a “retard;”makes fun of a rash on his penis; agrees to falsify the medical record in claiming the team provided post-procedure instructions; speculates whether the man is gay because he attended a previously all-women’s school; and tells staff she’s adding a diagnosis of hemorrhoids even though she saw no evidence of them. She suggests to the gastroenterologist that he pretend to receive an urgent page to avoid having to speak to the patient after the procedure, saying that she has done it before herself and adding, “Round and round we go, wheel of annoying patients we go, where it will land, nobody knows.” The man sued the anesthesiologist for defamation and malpractice and won, with the jury ordering her and her practice to pay $500,000. It wasn’t her lack of credentials – she is dual boarded (anesthesiology and internal medicine) and is a major in the Air Force Reserve, having been deployed short term to Afghanistan as a flight surgeon.