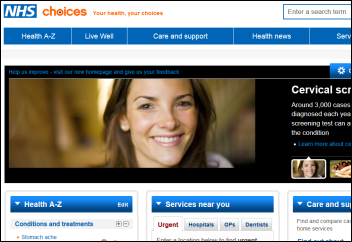 England’s NHS makes tech announcements: commits to giving patients real-time access to their entire electronic medical record by 2018, ambulance services will also be connected electronically to hospital EDs. NHS is also looking into the possibility of making all of its facilities free Wi-Fi zones and rolling out wearables to patients for in-hospital monitoring. Other proposed projects include endorsement of third-party health apps, providing technology training to citizens, and adding learning disability and dementia status flags to the Summary Care Record. Patient digital services will be delivered via the NHS Choices website. The announcements were made at the National Information Board meeting, taking place at Kings Fund Digital Health Congress 2015 in London (if you are attending, HIStalk sponsors TeleTracking and  Orion Health are exhibiting).

From Not in Monterey: “Re: 3M’s coding product. Our hospital system was told they will update their product just weeks before the ICD-10 implementation date. I find this to be insane. I would be interested to hear if users of large EHR systems are receiving endless dribbles of code fixes for ICD-10 even now since we are experience this with Cerner.”

It’s that time of year when schools are out and health IT news is slow, so we can all enjoy a slight break until September. 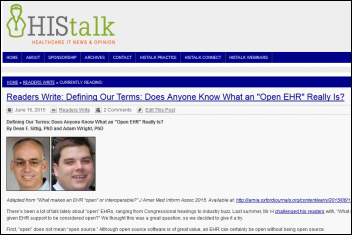 Response has been excellent to “What makes an EHR ‘open’ or interoperable?” as published in JAMIA and summarized by the authors on HIStalk. Dean Sittig and Adam Wright wrote the original article after I challenged someone other than vendors to define what “open” and “interoperable” really mean since vendors have turned those terms into meaningless marketing froth (former Allscripts CEO Glen Tullman was easily the worst offender for repeatedly stating that all of the company’s mixed-ancestry EHRs are open and interoperable by definition since they all run on Microsoft SQL databases). Most notable to me is that nobody has challenged the definition proposed by Sittig and Wright, so they seem to have captured consensus. I have ideas about where it could go from here:

The industry tends to get too deep into semantics when it comes to the technologies that can support openness and interoperability. These criteria leave the technology out of the picture and instead focus on outcomes – systems can either do these things or they can’t no matter what the marketing people say.

I mentioned the other day that Twitter is expanding the character limit on direct messages from 140 to 10,000, which several readers (including Dr. Jayne) misread that to mean that all Twitter messages can now be that length. Direct Messages are the ones where you tweet someone privately using the Direct Message option, which is possible only if they follow you (although I remember joking years ago that if Twitter ran into revenue problems, which seemed inevitable, they could offer a premium membership that expands the tweet box to more characters, knowing that the verbose among us wouldn’t be able to resist). Expanded Direct Messages give Twitter at least a theoretical messaging tool to compete with similar offerings by Facebook and LinkedIn, although the limitation of all three is that unlike email, you can’t message anyone who hasn’t already connected with you, which is often the reason you want to contact them in the first place.

This week on HIStalk Connect: the FDA partners with online support group vendor PatientsLikeMe to use its database of patient-reported adverse drug events to improve the FDA’s post-market surveillance programs. Telehealth vendor Doctor On Demand raises a $50 million Series B, while Aledade, Farzad Mostashari’s new startup, raises a $30 million Series B. Apple patents a new approach to calculating resting heart rate that should solve many of the problems users are experiencing with the Apple Watch. 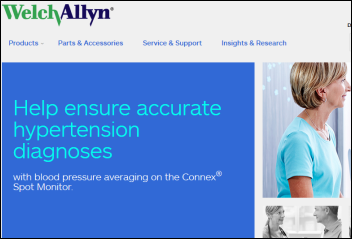 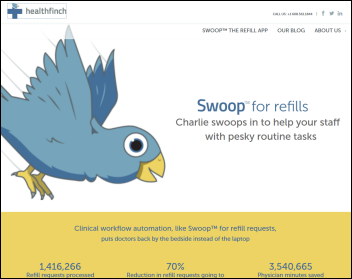 Xconomy profiles Madison, WI-based prescription refill management platform vendor Healthfinch, which has raised $3 million in funding since 2011 and has grown from four employees to 21 in the past 18 months.

Allscripts, which in November 2014 was ordered to pay $9.7 million to Etransmedia for deceptive trade practices after a failed business relationship, petitions North Carolina to deny Etransmedia’s request for further litigation that Allscripts says would cover issues that have already been resolved in arbitration. The November arbitration panel ruled that Allscripts convinced Etransmedia to buy MyWay EHR licenses for resale via a Costco Wholesale program but then “deliberately sabotaged” Etransmedia’s sales by retiring MyWay in October 2012, sticking Etransmedia with millions of dollars in unsold licenses. 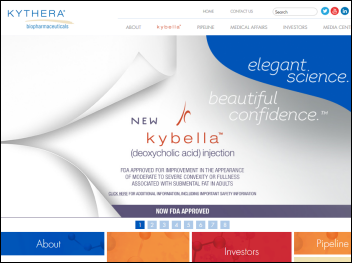 In an “only in America” major medical advance, Botox maker Allergan will pay $2.1 billion to buy Kythera Biopharmaceuticals, which just won FDA approval to sell an injection that eliminates double chins, which the company previously estimated as a $500 million per year US business. Allergan offers a number of cosmetic drugs and hopes Kybella will bring women into doctors’ offices for cross-selling opportunities. As a bonus, the money-losing Kythera is also developing a baldness drug. The smart money (like Allergan’s) is that doctors will ignore Kybella’s specific indications and start shooting it indiscriminately into cellulite-laden thighs and butts. KYTH shares are up 91 percent on the year and 209 percent in five years. 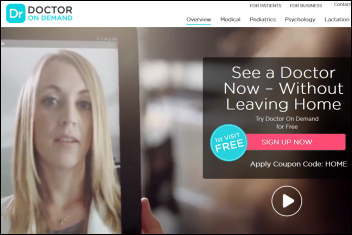 Video visit provider Doctors On Demand, which offers $40 medical consultations, closes $50 million in a Series B funding round. 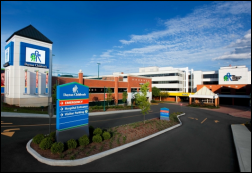 Dayton Children’s Hospital (OH) chooses Phynd to manage 7,000 providers across its EHR and other systems. 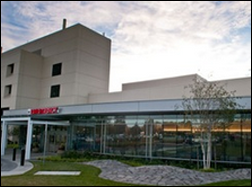 Healthline hires Paul Clip (RelayHealth) as SVP of engineering for its health IT group.

The HCI Group promotes Cynthia Petrone-Hudock to president of international business. I interviewed her a few months ago. 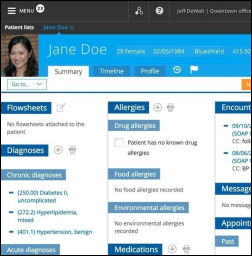 Grant-funded and volunteer-led Games for Health will co-locate its annual conference with HIMSS’s mHealth Summit in December. 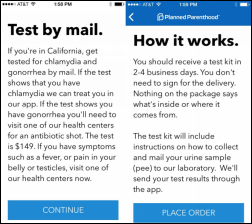 Planned Parenthood pilots an app that lets California users order a $149 at-home urine test for chlamydia and gonorrhea, and if the mailed-in urine samples are positive, the user is notified via the app and is issued either an electronic prescription or an appointment prompt, respectively. The organization already offers residents of Minnesota and Washington app-based video consultation by which users can receive birth control and sexually transmitted disease test kits.

GE Healthcare will move customers of its patient flow solutions to those offered by TeleTracking in a newly signed collaboration agreement that also includes shared analytics.

A draft budget by the House Appropriations Committee would fund ONC at $60.4 million, the same as it received in FY2014 versus the $75 million requested by the White House. No funding is proposed for ONC’s Patient Safety Center. The draft also calls for AHRQ to be shut down immediately. The Republication-majority committee’s first bullet point in announcing the funding bill is to “stop the implementation of ObamaCare.”

Joe White, the former CFO of Shelby Regional Medical Center (TX), is sentenced to 23 months in federal prison and is ordered to replay $4.5 million to CMS for falsely attesting to Meaningful Use for his for-profit hospital owner employer, whose facilities received $16 million in total MU payments.

The Department of Justice conducts what it says is the largest Medicare fraud take-down in history, with charges of $712 million in false billing filed against 243 people, of which 46 are licensed professionals. Among the charges: paying and receiving kickbacks, coaching patients to appear eligible for services, a physician home visit company that billed $43 million for a single doctor, providing medically unnecessary wheelchairs, billing for services not performed, and mailing $38 million worth of talking glucose monitors to people who didn’t ask for them. The splashy announcement is probably intended to make criminals think twice before committing Medicare fraud, but I can’t imagine a more compelling incentive than the agency happily writing a single doctor $43 million in checks before finally catching on that something wasn’t quite right. 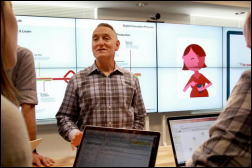 CVS, fresh off this week’s announcement that it will buy Target’s pharmacy business, opens a digital innovation office in Boston’s Back Bay to increase access to tech talent and to foster collaboration with local providers and startups. CVS already has 40 people working from the new office and expects to top out at 100 employees. VP of Digital Strategy and Innovation Andrew Macey says the projects will always be prototyped and marketed within one year, adding that CVS is opening up its systems with APIs and is also studying how streams of wearables data can be used to help people get healthier.

Sprint is forced by new net neutrality laws to stop throttling back customer cellular data bandwidth during busy periods, quickly reacting to the news that FCC will fine AT&T $100 million for misleading customers by selling unlimited data packages but capping their data speeds after 5 gigabytes in a billing period.

In England, hospital executives admit that they should have paid more attention to the concerns of a 19-year-old cancer survivor instead of telling her to stop Googling her symptoms. She died of cancer 10 days after being admitted, with her family complaining that during her stay, she was not given pain relief, referrals were delayed, and doctors were “evasive and aloof” when the family tried to gather information. The hospital has enlisted her mother to help it improve (or at least to improve its image). 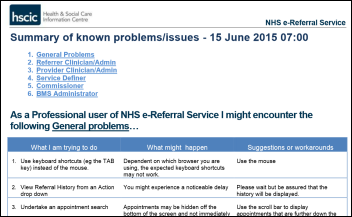 Also in England, the NHS’s new e-referral system has been taken offline “until further notice” days after its launch after several of its known problems were deemed to be unfixable on the fly.

The former pharmacy director of Beth Israel Hospital (NY) pleads guilty to stealing 200,000 oxycodone tablets worth $5.6 million on the street by falsifying entries in the hospital’s electronic narcotics inventory system.

What’s ugly about US healthcare in a nutshell: lawmakers argue over the decision by Yale New Haven Health System to close two clinics, with the hospital blaming lower Medicaid payments and higher state taxes, while opponents say the health systems uses anti-competitive practices and opportunistically timed state budget political pressure to support its huge profits and million-dollar executives.  It’s fascinating to me that Connecticut in 2012 starting charging hospitals a new tax worth $350 million, which earned it an extra $200 million from the federal government, and then the state gave the hospitals back their $350 million plus another $50 million in vig, keeping $150 million for itself by beating federal taxpayers in a financial shell game. 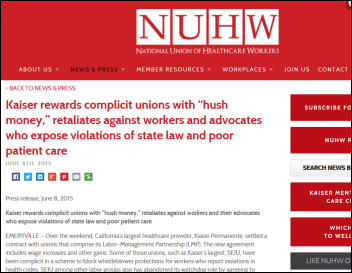 Two labor unions sling arrows at each other in trying to gain power over Kaiser Permanente workers, with upstart union NUHW claiming that SEIU-UHW gained Kaiser concessions by blocking whistleblower protections and agreeing to drop ballot measures that would have capped hospital prices and executive paychecks. Consumers lose just about any way you look at it.

Bizarre: hearings continue in the negligence lawsuit brought by a fan of the Kansas City Royals, who claims that in 2009 he was permanently impaired when the baseball team’s former mascot threw a foil-wrapped hot dog while the man was looking at the scoreboard, striking him in the eye and detaching his retina. The lawsuit is in its fourth inning, having already been heard with inconsistent verdicts in three rounds of courts. 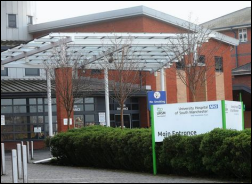 Weird News Andy says DNR might stand for “Do No Rong” as nurses in England allow an inpatient to die because someone forgot to remove a previous bed occupant’s “do not resuscitate” sign.