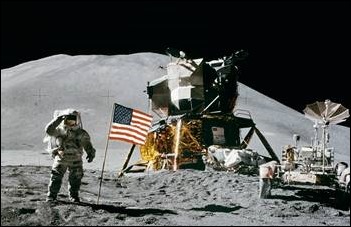 I’ve received quite a bit of reader mail this week, mostly in response to two recent pieces. One discussed people who wear the same thing to work every day. One software engineer talked about a very relaxed work environment where he wears a uniform of jeans and a collared shirt. In summer, they’re allowed to wear shorts and sandals. Although he’d prefer a t-shirt, he agrees the collared shirt is “more appropriate.”

The sandals issue is always a tricky one. I’ve been in offices where this has been allowed and have seen everything from a nicely manicured foot in a dressy sandal to platform flip flops that could cause a serious workplace injury. If you’re going to allow sandals, it’s hard to legislate what kind. Are Keen water shoes OK? What about Birkenstocks? Tevas? Flip flops? How much of the foot has to be covered? What about sandals and black dress socks like my grandfather used to wear? It’s a slippery slope for sure.

I’ve also received a significant number of emails on my recent trip to the hospital with a friend. Mr. H suggested I have my friend request a copy of her medical record to see what it costs, how long it takes to be delivered, and what it contains. It might be an interesting exercise, but I can tell you that two months later she still hasn’t received a bill from the hospital where she was initially treated. You’d think that with many of their patients being vacation-related injuries they’d be more vigilant about timely billing than say a small community hospital. I’ve also asked to take a tour of her Explanation of Benefits statements and any bills she gets since I always find them interesting. She did show me a recent statement from her PCP which actually detailed charges that were more than two years old and had been settled months ago. The current statement was for a $25 vaccine coinsurance, yet they had printed out every service and payment since 2013. The bill wasn’t even in date order. As a professional, I could barely figure it out.

Some of the reader comments have patient stories that are truly heart (or gut) wrenching:

A reader passes out after standing quickly at a restaurant. She is taken to a hospital while she is out, and when she realizes what is going on, starts to worry about the ramifications of her high-deductible health plan. Her workup is unremarkable. Two hours later, she is presented with a patient balance and asked how she’d like to pay it. She requests an itemized bill and copies of her records, which the hospital can’t produce unless she returns another day to request them or has a physician request them on her behalf. My favorite quote from her account: “I smile again, and I realize that I am fake-smiling so she won’t think I’m ‘that girl’… The thought that I would fake-smile at any other person in the world that just handed me a bill for $1,000 without telling me what it was for and ask me for my credit card is absurd.” My own observation is this: If a restaurant can provide an itemized point of sale bill for a party of 20, why can’t the ED give an itemization for a single patient?

An out-of-town patient visits a community hospital emergency department after his health plan triage nurse suspects kidney stones. This is confirmed via bedside ultrasound, which also finds kidney cysts. He is told to follow up with a urologist when he returns home, but forgets to ask for a copy of the ultrasound. Before flying home, he leaves a letter with a family member to take to the hospital to request the records. Radiology agrees to make a copy, but when the relative returns to pick it, up she leaves empty handed, being told that radiology doesn’t manage ED ultrasounds. Medical records doesn’t have it, either. The ED administrator doesn’t know how to get it and has to ask others, which delays the process for a day or two. The return call states that the request has to be notarized (which had not been required by radiology) but no one really knows how to copy the ultrasound or print pictures. A reply is promised, but never comes. The kicker: the hospital advertises point of care ultrasound as the first bullet point on its ED website.

A patient goes for a complex procedure that requires two different surgeons. Neither specialty uses the hospital EHR for outpatient notes. The post-op nurse provides discharge directions that conflict what the surgeons told the patient regarding home medications, requiring clarification with the physicians. The medication list includes every medication the patient has taken in the last three years and has not been reconciled despite the patient handing an updated medication list to both surgeons and multiple pre-op personnel. Discharge instructions were cut and pasted, not only from two different sets of physician instructions, but also from a previous procedure during a different hospital stay. They also contradicted each other. “At the end of the day – I was saved because I am an experienced and knowledgeable healthcare consumer. However, it takes a lot of energy, stress, and worry.”

I appreciate the reader comment that says I’m probably one of the 0.01 percent of physicians that have the interest and patience to write up the experience. He or she goes on to say, “For any hospital executive, she’s just provided a service that a consultant would charge $50K for (if you catch them on a cheap day) – lay out in plain view the issues that make modern medicine intolerable for the average consumer. And things were not that different in the pre-EHR era.” That’s more truth to that than most of us care to admit. A good percentage of EHR implementations don’t address underlying workflow issues or organizational culture. They just threw tools at it.

One reader summed it up: “We have a long way to go.” I agree completely. Some of these things are not rocket science – they’re basic processes that could be handled through checklists and protocols. However, maybe we should go to the rocket science approach. After all, if we can put a man on the moon, we should be able to figure this out.