All I Needed to Know to Disrupt Healthcare I Learned from “Seinfeld”: Part IV – Are You the Master of Your Domain?
By Bruce Brandes

Was it Freud or Costanza who once said, “The ego is not master in its own house”? Ah yes, Sigmund Freud. Costanza said something else about being master of one’s domain. George Costanza also once rebuked George Steinbrenner for destroying the institution of the New York Yankees "all for the glorification of your massive ego”.

For an entrepreneur, ego is both a critical ingredient in the recipe to build success as well as a foundational risk to predestine failure. A keen self-awareness of when to intentionally fortify one’s ego versus the appropriate time to acknowledge the fine line between self-confidence and pride in order to relinquish one’s ego may dictate your fate as an early stage company.

Know When to Have an Ego

When you first come up with an idea or start a new venture, expect a resounding chorus of naysayers to tell you every reason why your assumptions are flawed, no one will buy from you, someone else has already solved the problem better than you could, etc. In the early days, the entrepreneur must maintain enough self-confidence and commitment to ignore detractors.

When AirStrip was conceived in 2004, think about what mobility meant. There were no iPhones, no tablets, no texts, no apps, no 4G speed. People carried flip phones, and if they were really progressive, they had a BlackBerry for emails. Remember the Palm Pilot? And yet the AirStrip founders were building a business betting that soon most everyone would be carrying a mobile device in their pocket that could eliminate the traditional geographical boundaries that have restricted healthcare.

Further, we would have to rely on securing the attention and support from large, closed EMR and medical device companies to collaborate with — what was essentially at the time — two guys in a garage. Not many people inside or outside the industry could embrace their vision at the time. Committed to their mission and confident in their vision and abilities, Cameron Powell and Trey Moore tuned out the noise, relied on sage guidance from trusted advisors, and maintained their focus to deliver.

Two years later, not only had they secured multiple patents and FDA clearances, AirStrip delivered live clients that reported actual clinical and financial outcomes. Their progress attracted attention from a global healthcare technology company which signed a distribution agreement to sell AirStrip’s first product. Like Kramer ignoring Elaine’s negativity regarding his idea for a coffee table book about coffee tables, the AirStrip founders had enough ego to overcome cynics to earn early validation that they were on the right path.

Further fortifying their boldness, a year later Trey had the vision to go “all in” on switching all development at the time to the newly announced iOS platform. Cameron had the intestinal fortitude to fire his Fortune 100 partner by canceling their distribution contract, believing that we could sell these innovations better ourselves by building our own team. Both of these bold strategies attracted a new round of confused critics.  The following years would prove these decisions to be key factors foundational to AirStrip’s market success.

Believe in what you are doing and let your passion and growth mindset bolster your self-confidence.

Know When to Check Your Ego 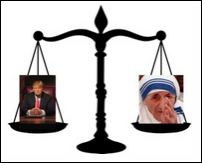 The best entrepreneurs surround themselves with others possessing complementary skills and experiences. Be honest with yourself to know your own shortcomings. Diversify your leadership team to actively invite alternate points of view to support you make the best decisions. Recognize that the skills required to launch a new venture are different than the skills needed to scale a company, which are different from those needed to manage a mature organization.

At AirStrip, after we secured Series A funding, our new investor wanted to hire a seasoned CEO to take that role from the founders. Cameron loved the company enough to bring in a proven healthcare technology executive to become CEO and catalyze the organization to a new level and scale, with Cameron enthusiastically serving as chief medical officer for the now rapidly growing company.

In contrast, consider the fate of the founder of a fantastic organization of which I was part in the early to mid 1990s. Many industry old-timers may fondly remember Enterprise Systems (or ESi) as a fast-growing, fun-loving pioneer of best-in-class resource management software for materials management and surgical services.

As the company grew and took on outside investors, the founder and CEO, who passionately built an incredible business (which benefited earlier from his strong will and ego) resisted the changes needed to best position the company for its next chapter of growth. He was unfortunately removed from his own company, which created the opportunity for Glen Tullman, in his first healthcare CEO gig, to lead the organization through a successful IPO and eventual sale to HBOC.

Trusting the right investor is one of the most important decisions an entrepreneur will make to guide a founder’s understanding of his or her best evolving role. The wisdom of our Series A investor at AirStrip was invaluable as the company expanded leadership and attracted subsequent follow-on investment to give our founders confidence their company was in good hands as their roles changed.

After opening this column with words from Freud, consider Jerry’s prescription below to George to improve his life and how it may apply to improving your business.

“You know you really need some help. A regular psychiatrist couldn’t even help you. You need to go to like Vienna or something. You know what I mean? You need to get involved at the university level. Like where Freud studied and have all those people looking at you and checking up on you. That’s the kind of help you need. Not the once a week for eighty bucks. No. You need a team. A team of psychiatrists working round the clock thinking about you, having conferences, observing you, like the way they did with the Elephant Man. That’s what I’m talking about because that’s the only way you’re going to get better.”

Bruce Brandes is managing director at Martin Ventures, serves on the board of advisors at AirStrip and Valence Health, and is entrepreneur in residence at the University of Florida’s Warrington College of Business.