Cerner offers “select associates” an opportunity to “consider a voluntary departure.” The company didn’t define “select,” but it wouldn’t be too surprising if many of them are located in Malvern, PA and are older (one report says employee age plus years of service must exceed 65 to be eligible).

From Dim-Sum’s Little Brother: “Re: DHMSM down-select. Two of the five bids were eliminated. According to my network, IBM (Epic), CSC/HP (Allscripts), and Leidos/Accenture (Cerner) made the down-select. InterSystem (TrakCare) and PwC/GDIT/DSS (Medsphere) were eliminated from the competition.” Unverified, but reported by multiple readers. I said upfront that the chances of DoD choosing VistA from their IT rival VA were zero. A couple of sites reported just in the past week that DoD would choose an open source solution, although I doubt you’ll see a “we were wrong” follow-up if indeed VistA has been shown the door as it appears. That also means the late and sexy addition of Google to the PwC bid didn’t impress DoD (and rightly so since their participation, as described, was minimal). 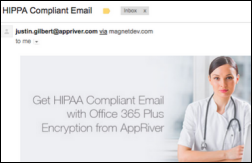 From Stanley Kowalski: “Re: HIPPA. I was surprised to see such a bold subject line.” Not only was HIPAA spelled wrong, a hyphen should appear between the first two words. At least they didn’t say “complaint” instead of “compliant.” 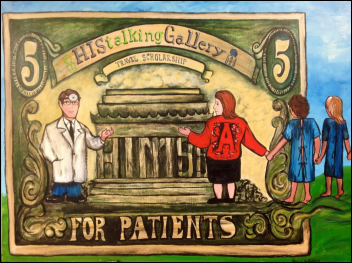 Regina Holliday and Lorre have chosen our five HIMSS15 scholarship winners and they all seem excited. I’ll be running a short bio of each shortly, along with their description of what they hope to accomplish at the conference.

CTG reports Q4 results: revenue down 4 percent, EPS $0.08 vs. $0.22, not including a $0.07 expense associated with the October death of CEO James Boldt and a $0.06 write-down of the company’s investment in poor-selling medical fraud, waste, and abuse software. CTG expects its healthcare revenue to drop 14 percent in 2015 and says the year will be a ‘transitional” one for its healthcare business as the EMR market cools. Above is the one-year CTG share price chart (blue, down 49 percent) vs. the Nasdaq (red, up 15 percent).

Imprivata announces Q4 results: revenue up 34 percent, adjusted EPS –$0.04 vs. $0.84, meeting revenue expectations and beating on earnings. IMPR shares are trading down around 14 percent from their June 2014 first-day trading price. 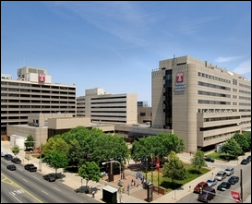 Bobbie Peterson (Medsphere) joins Apprio as EVP of health IT.

NextGen adds the CompletEPA electronic prior authorization solution from Surescripts.

Cleveland Clinic and the VA will provide “seamless access” to each other’s EHR information starting this month. The clinic uses Epic Care Everywhere. 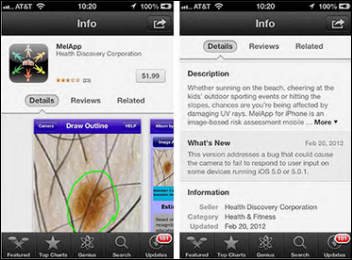 The Federal Trade Commission fines two developers of melanoma detection apps for falsely claiming that their products work. MelApp and Mole Detective didn’t have the evidence to prove that taking a photo of a mole and then specifying its characteristics can reliably detect melanoma. It’s interesting that the companies were charged by FTC for false marketing rather than by FDA for providing medical advice. 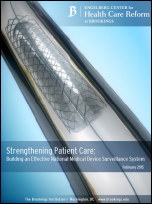 An FDA-funding Brookings Institution report recommends that FDA strengthen its post-market medical device surveillance system to include tracking those devices by a unique ID. EHRs would provide device usage information for national safety surveillance, with such capability being required to meet ONC certification and Meaningful Use requirements. FDA says the system “will require significant financial resources to be sustainable” and recommends paying data contributors.

FCC and FDA will convene a March 31 workshop on test beds for wireless medical devices, saying that the “hospital in the home” concept requires wireless co-existence. 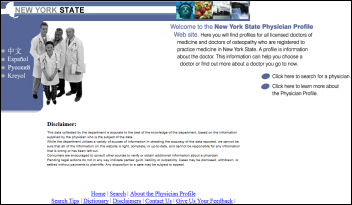 New York Governor Andrew Cuomo wants to close NYDoctorProfile.com, a state-run doctor search tool that he says is too expensive to taxpayers at $1.2 million per year given that similar information is available elsewhere.

Researchers find that Googling diseases and medical terms sends information to undisclosed third parties 91 percent of the time, most often because company servers are set up to use free tools such as Google AddThis social sharing as part of Google Analytics. Even CDC.gov and May Clinic pass along search results with user-identifying information such as IP address. WebMD, for instance, sends disease search data to 34 sites including those of data brokers Experian and Acxiom. Healthcare.gov was found to be doing the same, probably due to technical negligence.

Anthem says its giant data breach included information on up to 19 million non-Anthem patients who were seen out of network in addition to that of its own customers. 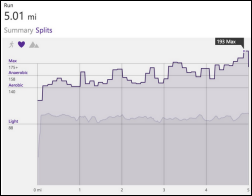 Microsoft adds a cycling module and a virtual keyboard for its Band fitness tracker, also introducing a Microsoft Health-powered dashboard of Band-collected information.

@AlexRuoff tweeted this screenshot from an AHRQ Meaningful Use Stage 3 readiness webinar, which finds that 71 percent of participants use non-electronic means to share information. You’ll probably be in good hands if you keel over in the fax machine section of Office Depot since odds are it’s a healthcare person browsing them.

Former CIO and current vendor SVP Dale Sanders says in his personal blog that taxpayer-benefiting EHR vendors are intentionally obstructing interoperability via prohibitive contract terms and add-on interoperability license fees while publicly proclaiming their support of open standards (he doesn’t name Epic specifically, but they seem to be the target). He says EHR vendors should offer open APIs and that courts should intervene to stop interoperability-impeding terms and conditions. He quotes a peer who doesn’t think FHIR in its planned form is the answer:

Several EHR vendors are banning together around a new magic bullet technical standard called HL7-FHIR based on JASON technology. While this new standard is great from a technical perspective (XML, REST, etc.), in its current form, based largely on existing HL7 v2, v3 and CDA concepts, it does not improve the accessibility of proprietary EHR data types, and those data types are needed for quality and cost performance improvement in healthcare. While FHIR could be expanded to include this type of data, it appears the first efforts are focused on reinventing the technology for currently defined interoperability data types.

An interview with Walgreens Chief Marketing Officer Sona Chawla contains some interesting quotes, the last of which is pure genius and a useful lesson for providers trying to become more consumer friendly:

A Navicure survey finds that 81 percent of physician practices are optimistic that they’ll be ready for ICD-10’s October 1, 2015 implementation date and two-thirds of respondents don’t think it will be delayed again. Practices say their main concern is that payers won’t be prepared. 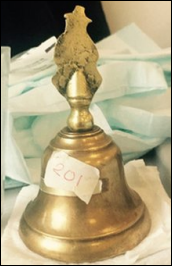 A newly built hospital in England issues bells to patients housed in treatment rooms to use as a call system, explaining that it didn’t expect to need electronic call buttons in that location but will now add them.

Weird News Andy wants to know who will pay the CT scan bill. A Chinese statue of Buddha from 1100 BC is found to contain the body of a mummified Buddhist master.