CMS Administrator Marilyn Tavenner, most known for her key role in the botched rollout of Healthcare.gov and for miscounting its enrollees to the White House’s embarrassment, resigns. Former Optum executive Andy Slavitt will take the role as interim. Trivia: Tavenner worked her way up from staff nurse at an HCA hospital to president of a 20-hospital HCA division.

From VeeDub: “Re: McKesson. Our system uses Horizon Clinicals at several of our hospitals and is just beginning the conversion to a new EMR. McKesson has told us that the last day of support for Horizon Clinicals will be March 31, 2018. I don’t know if this also applies to the rest of the Horizon product line.” Unverified, but McKesson has sent strong signals that sunset is on the Horizon.

From Dollar Short: “Re: CIO salaries. You used to run these. Bring it back!” Since I’m a pleaser, I put together a few for you. I used to calculate the CIO’s salary vs. the non-profit organization’s revenue, but big health systems started gaming that number by setting up management corporations to hide executive salaries and reporting revenue in not very digestible ways. I chose a few big-name CIOs. Who’s up for names and pictures of the million-dollar club? (probably not members of the million-dollar club)

From Hold the Mayo: “Re: Mayo Clinic. Will announce its EMR selection (Cerner or Epic) on Tuesday.” Unverified. One of the companies will get a lot of mileage out of that decision, and not long before the Department of Defense is making its choice besides.

My most recent poll  responses can be sliced and diced in a few ways. Forty-six percent of respondents overall will attend HIMSS15, while 22 percent who went to HIMSS14 aren’t coming this year (but those are outnumbered by readers who didn’t go last year but will this year). Based on that I would ordinarily project a slightly higher attendance for HIMSS15, but I’m not so sure the industry isn’t contracting a bit overall and attendance may not get that boost. New poll to your right or here: has technology significantly empowered patients? I would enjoy hearing your comments – click the link after voting and share your thoughts.

Listening: The Subways, a hard-rocking British three-piece band that puts on a hyper-energy live show (the bravest crowd surf ever is at 45:00 in the video). They’ll be touring to support their new album starting in a couple of weeks, but only in Europe. I’m rehearsing now for my US-based desk-drumming and air-guitaring support.

I’m fascinated by the continued share price decline of former high-flyer Castlight Health, which closed on its first day of trading last March at nearly $40, took a sharp slide immediately afterward, and now sits at less than $9, down nearly 80 percent. The company will announce full-year and Q4 results on February 18, which will be interesting. 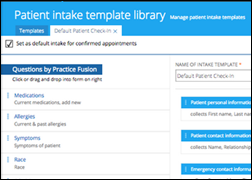 Practice Fusion adds an online check-in module that collects patient information via practice-customizable online forms, then sends it to its EHR.

FDA releases draft guidance for “General Wellness: Policy for Low Risk Devices.” FDA says it isn’t interested in treating low-risk wellness products as medical devices. Apps and devices are fine as long as they (a) address general wellness such as weight management, mental acuity, physical fitness, or sleep management without claiming to treat a specific disease or condition, or (b) use accepted medical knowledge to promote lifestyle management to reduce the risk of specific diseases or conditions.

A New Jersey goes into effect that requires insurance companies to encrypt patient information on both desktops and laptops. 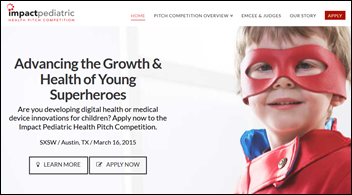 Massively overexposed Mark Cuban, mostly known for being irreverently obnoxious before and after he made a ton of money, will emcee the Impact Pediatric Pitch Competition for pediatric digital technologies on March 16 at SXSW Interactive in Austin, TX. The event will be hosted by Boston Children’s, Cincinnati Children’s, Children’s Hospital of Philadelphia, and Texas Children’s. 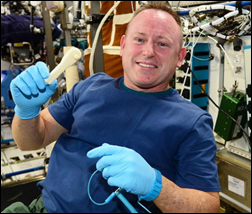 Fascinating: an astronaut needed a wrench, so NASA emailed up a CAD drawing and he 3D printed the tool on the International Space Station.

Samsung offers software developers and researchers a free prototype and development kit of its Simband wrist-based sensor. A tutorial steps through the writing of a heart rate variability algorithm in C, while the company also offers de-identified vital signs test data it will be collecting from research participants.

Berkeley, CA-based startup Eko Devices announces the $200 Core 1, which clips onto a standard stethoscope to record its sounds to any smartphone or tablet via Bluetooth, allowing doctors to share the sound file in consulting with a remote specialist.

Stride Health launches a Healthcare.gov type medical insurance app that targets 1099 workers, claiming its app is easier to use and suggests insurance options that are more tailored to the user. The app is free since the company gets a commission on the insurance users buy. Mayo Clinic is an investor. 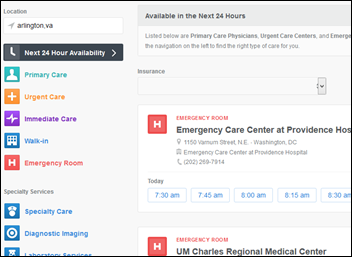 The Seattle paper covers what it calls the “OpenTable for medical appointments” patient scheduling apps, mentioning ZocDoc for medical appointment scheduling and InQuicker for ED scheduling. It quotes a New York dermatologist who says he couldn’t compete without ZocDoc, which sends him 15 patients per week, which seems unnecessary given the stats I’ve seen on long waits to get a new patient derm appointment, but he knows better than me. An ED patient who used InQuicker reports, “There must have been 50 people there, and they took me in 10 minutes,” which surely delighted those other folks who actually showed up and waited as the happy InQuicker user skipped the line for her “emergency.”

Speaking of EDs, Modern Healthcare reports that annual visits keep rising sharply despite the Affordable Care Act, with one ED doc saying, “We’re seeing a failure of access to care” as primary care practices close or stop accepting Medicare. Others say the newly insured just haven’t gotten used to the idea that they can be seen in places other than the ED. 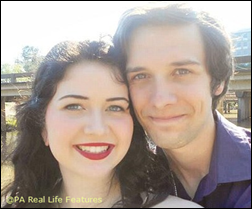 Weird News Andy nominates this as his quote of the year: “Being a corpse was the most bizarre experience, but I’m so glad I managed to get out alive.” An Alabama teen with the rare mental illness Cotard’s Syndrome, in which those afflicted believe that they are literally dead, recovers three years later after psychiatric help and watching Disney movies (insert commercial skepticism or promotional opportunities here, especially since she says she and her boyfriend now want to work for Disney World). Those with the condition believe they are dead and/or immortal, that their body parts are missing or decomposed, or that they can relax only in cemeteries.