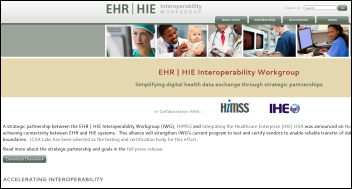 HIMSS, IHE, and the EHR/HIE Interoperability Workgroup (created and led by the New York eHealth Collaborative) announce their combined efforts to streamline connectivity between EHRs and HIEs. IWG, formed in 2011 to improve that connectivity, will use ICSA Labs to test and certify products beginning in early 2015. It will continue its focus on standards and certification of query-based exchange and the use of Direct. The organization includes several HIEs and a large number of EHR vendors, including Cerner, Epic, and McKesson.

Vince Ciotti and Frank Poggio delivered an HIStalk webinar Tuesday that held my rapt attention all the way through: “Cerner Takeover of Siemens, Are You Ready?” These guys have 90 years of healthcare IT expertise between them, including living through more than a dozen acquisitions as insiders, and both of them are cynical, snarky, and highly knowledgeable. Both also contribute regularly to HIStalk. Thanks to them for doing a great job. We had something like 280 attendees online and I’m sure the YouTube video recording will get a bunch of views — the record is held by Dim-Sum’s DHMSM 101 DoD one, which has been viewed 1,300 times in addition to the views it got directly from HIStalk and during the live session. 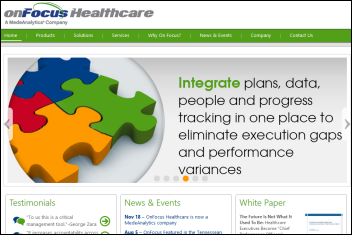 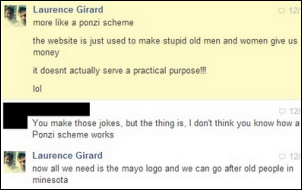 Online wellness coaching vendor Fruit Street Health offers free shares in the company to those who lost their investment in CEO Laurence Girard’s previous failed venture. I wouldn’t bet my money on those shares either since it charges $300 per month for four weekly video calls with a fitness coach and dietitian, at least not before reviewing this site whose entire mission is “to protect investors from Laurence Girard” that claims he has said repeatedly that Prevently was a Ponzi scheme and that he’s not disclosing several other failed ventures.

CVS Health will open a 100-employee technology development center in Boston for “building customer-centric experiences in healthcare” and to connect with health-related startups. The company — which operates drugstores, pharmacy benefits management, specialty pharmacies, and MinuteClinic retail clinics — will also open three drugstores that will be used for live testing of new digital technologies. Its Digital Health group is headquartered in Woonsocket, RI, where it recently opened a Digital Experience Center.

Kaiser Permanente will open retail clinics inside four California Target stores. Insurance competitor Blue Shield of Competitor says it will contract to have its members covered in the KP locations, which will also accept Medicare and Medi-Cal in offering services for minor illness, checkups, and chronic disease monitoring. 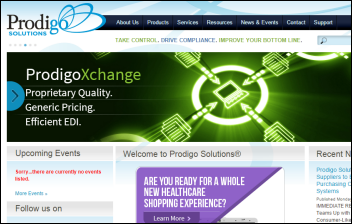 UPMC sells its 51 percent interest in the procurement systems vendor it created — Prodigo Solutions — to a private equity firm, realizing a $9 million gain. 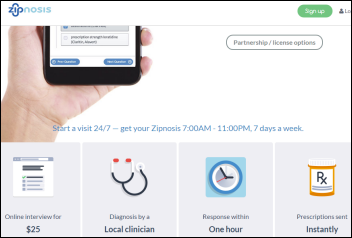 Zipnosis, which offers consumers a $25 televisit using an automated interview and clinician review, receives an undisclosed seed round investment. 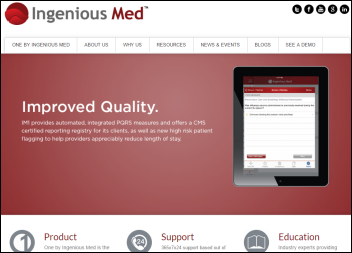 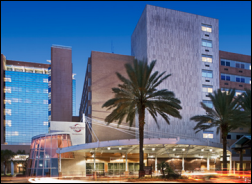 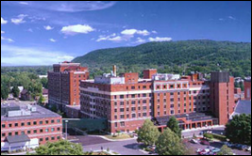 Arnot Health (NY) selects eClinicalWorks for EHR and health exchange for its 160 providers. 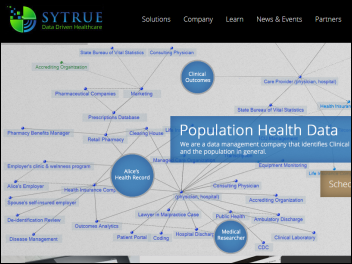 Virtual Radiologic chooses SyTrue’s natural language processing systems to extract information from its radiology reports, with plans to use the company’s Semantic Search to present teleradiologists with exams similar to the one being reviewed to drive clinical performance and efficiency. 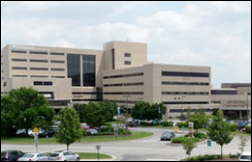 Siemens Health Services CEO John Glaser will join Cerner after its acquisition of SHS is complete. He says, “I’ll join as a senior vice president, focused on driving technology and product strategies, interoperability, and government policy development.” Leaders of acquired companies don’t usually last long, so we’ll see. As Vince and Frank said in Tuesday’s webinar, Siemens customers should get any promises in writing from Cerner, not from Siemens.

Cal INDEX HIE hires Greg LeClaire (Aetna) as CFO; John Lee (Oracle) as CTO;  and Doug Hart (ConvergeHealth) as VP of marketing and corporate communications. Also hired but with no photo available anywhere I could find on the web: Andrea Leeb, RN, Esq. (LA Care Health Plan) as chief privacy officer. I’m amazed at technology people who don’t keep their LinkedIn profile current or who don’t include a photo of reasonable quality. Mistake #1 (second only to not including a photo at all): shrinking down the head shot to horrible quality, missing the point that LinkedIn thumbnails it automatically while still displaying the full-sized original when clicked. Mistake #2: using an informal snapshot that adds distracting features such as the shoulders of other people from the cropped group photo or a Hawaiian lei. Of course this advice comes from someone whose own profile doesn’t have a photo, but I have an excuse: LinkedIn shut mine down until I removed the “Caddyshack” image of Carl Spackler. 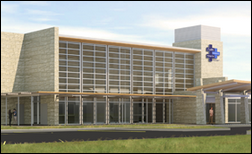 Faith Community Hospital (TX) successfully attests for Meaningful Use Stage 2 shortly after choosing and implementing the RazorInsights EHR and using its Meaningful Use Dashboard.

A Federal Trade Commission investigation into website privacy certification company TRUSTe results in a $200,000 settlement. TRUSTe didn’t perform some of the the annual website privacy audits it promised. It also failed to require certified sites to display an updated seal indicating TRUSTe’s conversion to a for-profit company in 2008.

Michigan’s top-earning doctors in CMS’s Open Payments database of drug and device company payments explain their income as follow, a good example of just how complicated the issues are around medical payments:

A study finds that use of EMR-triggered, telephone-based prescription refill reminders for heart-related drugs was associated with very slightly improved medication compliance and outcomes. 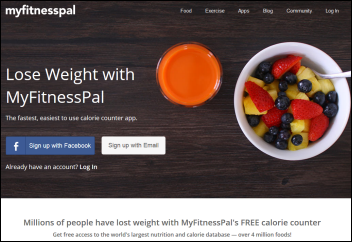 A Penn Medicine study finds that ambulatory clinic doctors prescribed generic drugs as a higher percentage when the EHR was modified to require an extra click to show the brand name item. 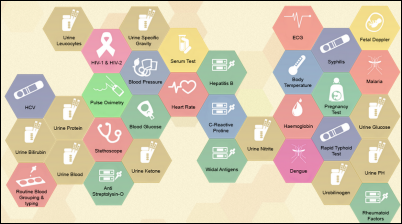 The Washington Post profiles the Swasthya Slate, an inexpensive device that connects to Android-powered phones and tablets to perform 33 diagnostic tests. The device has been tested in India, where it excelled at detecting preeclampsia, increasing the rate of needed testing, and reducing administrative time for healthcare workers from 54 percent of their day to 8 percent. They expect the cost of the device to be around $150 at full production and see potential for its use with telemedicine. 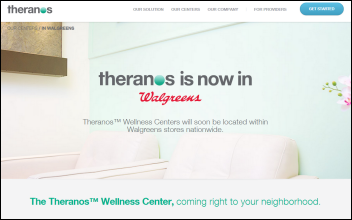 Walgreens will offer inexpensive, minimally painful blood tests from startup Theranos, with the service already launched in the Phoenix area.

Fraud, customer intelligence, compliance — if you have the right set of data all together, you can use that set of data, you don’t have to keep go looking for data every time you need something. That’s one thing Hadoop provides. It’s a great place to store data. Also, you’re buying these 1.2 terabyte disks at about $300 apiece, you can hang 20 of these on a server and it’s local, so you can read the data straight on the machine … We’re seeing a shift away from that kind of hardware [IBM mainframes] to commodity. People are dropping AIX boxes and going to Linux x86 boxes and Intel chips. The chipsets are incredible. Dell has a machine we really like, it’s called an R920 and it has four slots, you could put four chips each with 16 cores, you end up with a server with 64 processors, you can put three terabytes of memory in that machine, and it’s about $100,000.

Brigham and Women’s Hospital (MA) announces that the information of 1,000 patients was exposed in September when a robber held up a doctor at gunpoint, tied him to a tree, and forced him to give up his cell phone and laptop passwords.

The bonds of Duke University Health System (NC) remain at an ‘AA’ rating despite a $65 million reserve adjustment due to a collections slowdown caused by its Epic implementation and problems with new IT systems at both North Carolina Medicaid and Blue Cross Blue Shield of North Carolina.

In Ireland, the health service is reviewing why a five-hospital group invited only one vendor to respond to a clinical information system RFP. Auditors also want to know whether the former CEO of the hospital group disclosed that he previously worked as a consultant for the company, Northgate Public Services.

The provider folks behind “Just Epic Salary” make their survey results available for free Excel download. Some of the highest average salaries were for permanent hire physicians ($348,000), permanent hire management ($243,000), and contracted application management ($187,000), although even with 753 responses some of the categories had a small sample size.