A Reuters report says Facebook is working on healthcare tools that include chronic disease support communities and health apps. It adds that the company has been meeting with healthcare experts and entrepreneurs and is setting up a health app R&D unit. Mark Zuckerberg’s wife is a doctor, so maybe it will do more than just the usual privacy invading and ad serving. Meanwhile, the company apologizes that it performed mood manipulation experiments on unwitting users by tweaking their news feeds to show extra-cheery or extra-depressing items to see how they reacted. 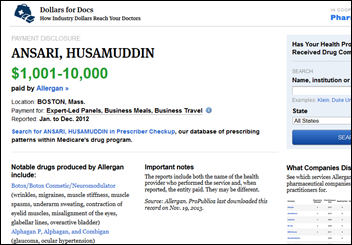 From David: “Re: CMS Open Payments. ProPublica has downloaded the database and made it searchable as Dollars for Docs. They’ve also done a great job with Treatment Tracker, which breaks out Medicare payments to doctors.” It’s pretty funny (or sad if you’re a taxpayer) that the non-profit newsroom quickly whipped up a perfectly fine consumer-friendly version of the mess that CMS and its army of highly paid contractors created.

From WhoopsInVA: “Re: Anthem BCBS in Virginia. Forgot that ICD-10 wasn’t actually going live this month and are rejecting all incoming claims because of diagnosis. Our athena rep just emailed us about this.”

From The PACS Designer: “Re: new iPad Air and Mini. Apple will be holding its next event on October 16 for the new versions of its iPad Air and Mini devices. It will interesting to see the changes they are making with the its iOS 8 system installed.” Maybe it’s just me, but I’m losing interest in Apple’s overly dramatic announcements of incremental product tweaks. The fanboys still achieve mandatory technical arousal and obediently line up outside the Apple Store as they’ve always done (ironically resembling the Big Brother-obeying monochromatic drones from Apple’s famous “1984” commercial), but Apple is a lot less interesting without Steve Jobs. I’m pretty sure I’ll do the same in eventually replacing my phone as I did with my iPad: buy a more innovative product for a less money even though it won’t come with the self-congratulatory hipster delusions in hanging around the Apple store pretending to be artsy and cool.

Most readers say it’s not OK for an EHR vendor to deny a hospital or practice access to its patient information in a billing dispute. New poll to your right or here: What’s your reaction to HIMSS announcing President George W. Bush as a keynote speaker for HIMSS15?

Here’s my opinion on Bush as a HIMSS keynote: he wasn’t interesting as President, so I don’t really care what he has to say now that he’s cashing in on his pitiful legacy (unless he’s announcing that he finally turned up those pesky WMDs.) The HIMSS strategery is probably to scratch his back in return for his industry-enriching 2004 declaration that every US citizen would have an electronic medical record by 2014, so perhaps he will strut out in a flight suit and yet again prematurely declare “Mission Accomplished.” 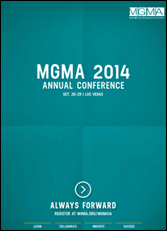 We’re putting together our MGMA guide featuring sponsors of HIStalk, HIStalk Practice, and HIStalk Connect that will he exhibiting or will be available to meet with interested attendees. Contact Jenn by Monday evening if your company sponsors and hasn’t already provided information.

The FCC fines Marriott for blocking personal hot spots in its conference center to force attendees to buy its overpriced Wi-Fi services. Marriott issued a lame statement of protest, claiming that its actions were intended to protect guests from “rogue wireless hot spots” (at a larcenous price, of course) and blaming the FCC for “ongoing confusion.” The FCC took action after a Gaylord Opryland attendee claimed the hotel was “jamming mobile hot spots so that you can’t use them in the convention space.” Let’s see how this plays out at the HIMSS conference. Since my ATT wireless plan includes free tethering and 10GB of data transfer, I don’t even bother with airport Wi-Fi any more and I will quickly switch to my hotspot in a hotel if their Internet service is poor or expensive (or, as is often the case, both). Rumors abound that convention centers play games with cellular and Wi-Fi coverage in the exhibit hall to force exhibitors to buy their expensive network access.

This is bizarre. Texas Health Presbyterian Hospital (part of Texas Health Resources) initially said it discharged Ebola patient Thomas Duncan from its ED because of an EHR setup problem, explaining in considerable detail that the patient’s travel history was located only in the nursing workflow part of Epic where the physician didn’t see it. News media were all over that statement, leading THR to issue a a hurried retraction at 9 p.m. local time Friday evening saying it was correcting the previous day’s release and the EHR was fine after all. My speculation is that Epic complained vigorously about being thrown under the bus (but not by name) and threatened legal action, forcing THR to claim that its detailed, carefully explained statement was incorrect. My biggest concern – could the doctor have been so robotized by the EHR that he or she slipped on critical thinking? EHR or not, the patient sitting right there in front of you is telling you a story that you’d better listen to. What about the nurse, who had just been told by a patient with fever that he’d just come from Liberia? That information would seem to suggest a higher level of response than just dutifully entering the information in Epic and moving on. Computers sometimes fail, but not nearly as often as people. At least THR’s problem raised an industry red flag that had clinicians and programmers all over the country working this weekend to evaluate their processes and systems to make sure it doesn’t happen to them.

Update: a reader’s comment about the use of scribes sent me Googling and it turns out that Texas Health Presbyterian Hospital Dallas uses scribes in its ED. It would be interesting to know whether scribes were involved in this instance.

Meanwhile, a poorly and smugly written piece in The Atlantic declares that, “The Ebola Patient Was Sent Home Because of Bad Software.” The author collected all of her inexpert healthcare IT opinions into one unfocused article, proclaiming the “atrociousness” of many EHRs and their “gaping loopholes,” complaining that the hospital was blaming “the robots,” opining that “a flawed EHR might have lead to the spread of an incurable virus,” and then veering off into a rant about interoperability, which has zero to do with anything. Author credentials are fair game if you’re going to editorialize, so let’s check hers: an intern until 2010, moved down from global editor to staff writer after 10 months in the higher position, wrote about home design and architecture, and listed her most recent accomplishment on LinkedIn as, “Talk about beards on the radio.” Nothing makes me angrier than people who’ve never spent a day working in either IT or healthcare blasting out their entirely unqualified opinions in passing themselves off as authoritative. The Atlantic should be ashamed for letting this dreck hit the airwaves just to get something reactionary up quickly. HIStalk Reader Tom called her piece “more than ridiculous,” observing that “highly configurable EMR software was used to ensure a medical mistake in clinician workflow never happens again.”

Athenahealth’s Jonathan Bush, using his limelight-seeking power to ride the Ebola story in touting his company at Epic’s expense (while claiming he’s not) from his second home on the set of CNBC, trots out his stump speech to easily charmed reporters about “pre-Internet software” with no “network effect,” wrapping up with his company commercial in saying, “I hope soon that nobody will be on enterprise software and these things will be managed by people across thousands of hospitals.” He omitted the obvious rest of the sentence, “ … and instead will be running the sort-of cloud system and offshore-powered mailroom I sell that allows ATHN shares to trade at 1,220 times earnings.”

The government of India announces plans to make e-prescribing mandatory for all doctors to reduce corruption and inefficiency.

Attorneys consider a plea deal for a third-year medical student who is accused of stealing a breast cancer patient’s iPad during a Code Blue in which the patient died at UCLA Medical Center. The patient’s family is most upset by the fact that the student allegedly wiped off the patient’s information before re-registering it to herself, depriving them of the chance to see the thoughts the patient had left for them. 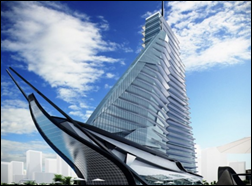 A 38-year-old Russian billionaire bank founder releases plans for “the world’s most pleasant hospital” that he will erect in the Dubai-inspired, purpose-built Tunisian Economic City. The hospital will sit on a man-made lake, look like a cruise ship, and require employees to dress (but not swear) like sailors.


Currently there are "42 comments" on this Article: