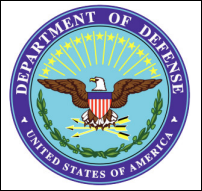 Between 2000 and 2003, Harvard Business School published a case study on Toyota industrial engineering processes in a hospital. Toyota collaborated with Beth Israel and LEAN Healthcare was born – now that was a great and interesting collaborative. Well defined and the results were quantifiable!

Collaboratives can add value; even ones that may not sound great at first could prove to define and refine standards, improve care, and actually enable better quality controls for care. If you like collaborative approaches, take a look at what has been done between Deloitte and Northern New England Accountable Care Collaborative (NNEACC). The solution is called Insight. After mentioning that new collaborative, I cannot help but remember a strange and poorly constructed one. How can anyone forget the ill-fated relationship between Philips and Epic that ended in 2006?

I can think of one specific collaborative that has promised the world and delivered almost nothing (see NwHIN). However, after a cursory read of the DHMSM Team Leidos article about a collaborative effort linking Cerner’s mega client Intermountain Health on governance structure, I began to think of what other collaboratives I would want to accentuate and/or at least commoditize so that I might differentiate my team to compete for the DHMSM opportunity. IBM will certainly throw in an Epic-esque client that has provided the groundwork for improvements across the Epic stable of solutions. I even think CSC and Allscripts might find their favorite client pet co-development.  I think I like Collaboratives.

One has to wonder, what was the primary edict for the collaborative, and what measurable outcomes have been reported – indicating value? To what extent have the monies invested into the collaborative been shown to improve profitability or improve PQRS results? I am not against collaboratives so much as I have a real desire to understand how some of them were stood up and made financially viable, why some dissolved, and most evolved with grand entrances into the market only to die a death of irrelevance. I think I like Collaboratives.

I for one like the New York eHealth Collaborative and the Massachusetts eHealth Collaborative, and not just because they have the word collaborative in their name. I think they are practical entities that leveraged historical regional extension centers, where money was initially provided by public funds and, through attrition and maturation of models and adoption challenges, the collaboration actually had to collaborate. They had to collaborate to survive. These collaboratives had to figure out smart ways to make their collaborative viable. Their challenge, unlike Intermountain Health (for Cerner) or Kaiser (for Epic), is that they had to work with disparate and competing entities, clinicians that were not incented by what their crosstown rivals did. The collaborative’s cross regions that did not in and of themselves support huge populations, and yet they wanted to know how their colleagues worked in other parts of the state, in rural, suburban, and urban environments.

Sounds remotely like the military HIT that we have grown to appreciate and fear. I like those collaboratives because they have to work together even though they are in a “coopetition” mode. (They were built to compete, to differentiate their medical specialty, and yet they know that cooperation has to occur for a peaceful co-existence and patient-first mentality. Thus the term “coopetition.”)

Honestly, I wish Team Leidos, Accenture, and Cerner would chat up their HealtheIntent population health tool, and what can be done to improve care coordination, quantify targeted chronic-disease management, improve appropriate care measurements, lower readmissions, and provide dynamic quality measures that actually act as a catalyst for patient engagement. Maybe Team Leidos could express its thoughts on how to turn prescriptive, descriptive, and predictive analytics into actionable analytics – impacting care and quality of life? Why not share its philosophical thoughts on data liquidity and how that could be the conduit for improved EHR and research data mining? Take the time to share their approach to research – we know IBM will reference Judith’s Cogito – so compete.

Maybe I am being harsh. I guess I am all too aware of how collaboration in the federal government has not always worked out very well. The best example of a collaboration was between the VA and DoD to share – or rather to transition – the EHR for a service member en route between active duty into veteran’s care. The best analogy: “Imagine spending the day as a cub scout during a camp out, eating gummy bears, enjoying hot dogs roasted over an open flame and masticating pounds of beef jerky on the three-hour canoe trip!” That was the planning for the debacle between DoD health and VA health – now imagine being stuck in the tent all night with those boys – that is pretty much the result of DoD/VA EHR interoperability – a smelly tent!  Not sure if there is a lesson in that story, but after reading it aloud, I smiled.

The good news is that at least DHMSM competing teams are looking to grab practical experience and applying it to the DoD HIT environment. Any collaboration with organizations that embrace HIT standards is a great thing. Any collaboration that shows that the HIT development vendor actually possesses a veracious understanding of governance structure – bully for them. Any collaboration that can accentuate the divine path to full-on proactive adoption, well then … that is Heaven. I like the move, and expect to see a lot more collaborating.

Inasmuch as I like the collaboration with Intermountain Health, I really would like to hear more about lessons learned from Accenture’s effort in Singapore. Cerner should express lessons learned from its NHS efforts. After all, Cerner had to work with Fujitsu (sort of the equivalent of our service integrators in and about the Beltway). Fujitsu is a less-than-stellar example of HIT consulting talent that was appointed by the NHS to implement, integrate, and manage the regional program. Maybe a white paper on nexus process and data touch points that could improve continuity of care with an eye on improving outcomes and lowering readmissions would be helpful and germane.

DHMSM is about transition and data liquidity. The DoD will not get excited with the commercial version of efforts to move from fee-for-service to value-based care. However, the DoD will perk up and pay attention to care coordination – so focus on the client and similar client experience and their deficits, lessons learned, and what new approaches improved adoption and workflow. One should remember that the DoD has stated on several occasions – mostly during Hill meetings – that the DoD does want to be more innovative like Kaiser (code for Epic). Cerner probably sees Intermountain Health as its Kaiser, so why not leverage that as a collaborative? I just hope Cerner can provide the depth of white papers and analysis of pre- versus post-Cerner in Utah and a lesser extent Idaho. That would be good news for the DoD.