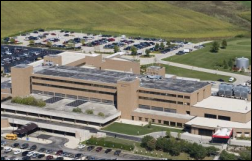 Illinois-based Advocate Health Care and NorthShore University HealthSystem will merge to form the state’s largest health system with 16 hospitals, 45,000 employees, and $6.5 billion in annual revenue. The CEOs of both systems say more mergers or acquisitions are likely as hospital consolidation continues. They also touted the benefit of shared electronic medical records and future plans to roll out more patient-facing technologies. I would bet that NorthShore’s Epic will eventually become the new standard, replacing Advocate’s Cerner system. 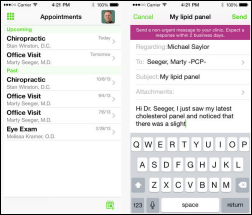 From Core Consumer: “Re: Apple and Epic. Apple used Epic screen shots in their HealthKit presentation. There’s no doubt that the companies signed a partnership agreement. Just because details weren’t announced doesn’t mean it didn’t happen.”

From The PACS Designer: “Re: Office 365 Garage Series. With the focus these days on security, Microsoft in their Garage Series wants everyone to know where the Office 365 improvements will be to enhance user performance, collaboration, and connectivity.” I’m surprised Microsoft hasn’t crowed more loudly about Apple’s iCloud breach.

From Smooth Operator: “Re: Kaiser CIO Phil Fasano. Kaiser confirms that Phil has resigned. There’s all sorts of internal discussion on who will be named interim CIO.”

HIMSS and CHIME are the organizations most often joined by poll respondents. New poll to your right or here: what influence will Apple have on health and healthcare? Vote and then click the Comments link on the poll to elaborate further.

September 18 (Thursday) 1:00 p.m. ET.  DHMSM 101: The Hopes, Politics, and Players of the DoD’s $11 Billion EHR Project. Presented by HIStalk. Presenters: Dim-Sum, an anonymous expert in government healthcare IT, military veteran, and unwavering patriot; Mr. HIStalk. The Department of Defense’s selection of a commercially available EHR will drastically change the winning bidders, the health and welfare of service members all over the world, and possibly the entire healthcare IT industry. The presentation will include overview of the military health environment; the military’s history of using contractors to develop its systems vs. its new direction in buying an off-the-shelf system; its population health management challenges in caring for nearly 10 million patients all over the world, some of them on the battlefield; and a review of the big players that are bidding. This presentation will be geared toward a general audience and will be freely sprinkled with humor and wry cynicism developed in years of working in two often illogical industries that hate change.

September 26 (Friday) 1:00 ET. Data Governance – Why You Can’t Put It Off. Presented by Encore, A Quintiles Company. Presenters: Steve Morgan, MD, SVP for IT and data analytics and CMIO, Carilion Clinic; Randy Thomas, associate partner, Encore, A Quintiles Company. In this second webinar in a series, “It’s All About the Data,” the presenters will review the pressing need for data governance and smart strategies for implementing it using strained resources.

We ran a couple of great, well-attended webinars in the last few days. Here’s “Meaningful Use Stage 2 Veterans Speak Out: Implementing Direct Secure Messaging for Success.”

This is last week’s “Electronic Health Record Divorce Rates on the Rise- The Four Factors that Predict Long-term Success.”

The Amerigroup Texas Medicaid health plan will use analytics from Treo Solutions, which was recently acquired by 3M Health Information Systems. 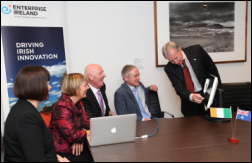 Australia’s leading interactive patient care vendor, Hills Health Solutions, will distribute patient engagement technology from Lincor Solutions. The agreement was signed during a trade mission visit to Australia by officials from Ireland, where Lincor is based. The company’s touch-screen offerings for both wall-mounted and mobile devices include clinician EMR access, audio and video patient calling, entertainment, patient education, surveys, and meal ordering. 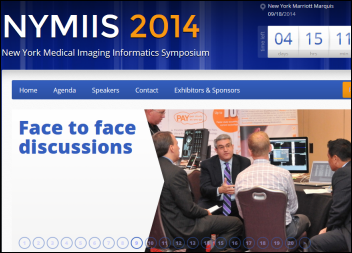 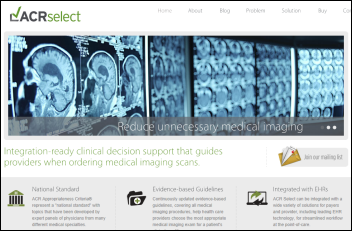 National Decision Support Company releases an Epic version of its ACR Select evidence-based imaging appropriateness module that includes not only the decision support rules, but also recording utilization data that can be reported from Clarity and Reporting Workbench. 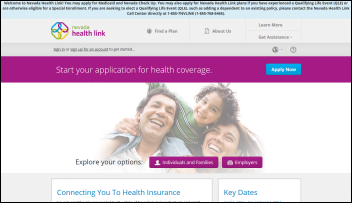 Nevada votes to shut down its Nevada Health Link health insurance exchange and move to Healthcare.gov after a problematic rollout and the firing of contractor Xerox, who had a $75 million contract to build the site. The state announced plans in May to use Healthcare.gov for at least a year, but decided last week to make the switch permanent. 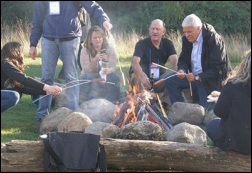 The weather this week in Verona, WI for Epic UGM attendees: highs in the mid-60s, lows in the low 40s, sunny all week other than a chance of rain Monday morning.  The local paper and TV stations are warning commuters of significant traffic delays through Thursday. The folks at Madison-based Nordic wrote up “10 ways to make the most of your 2014 Epic UGM experience.”

The Yakima, WA paper covers EMR use by doctors who aren’t thrilled by it. One is the chief medical officer of Community Health of Central Washington, who says doctors are using up to half of the already-brief patient encounter to work on the computer and complains that EHRs weren’t designed by doctors. Another doctor says EHRs can improve care and patient relationships if doctors stop their foot-dragging and give patients the benefit of real-time lab results and e-prescribing. 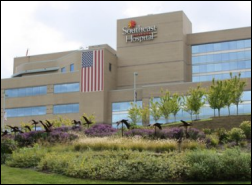 Bonds of SoutheastHEALTH (MO) are downgraded with a negative outlook after the hospital loses $39 million in 2013 because of revenue cycle problems caused by its Siemens Soarian implementation. 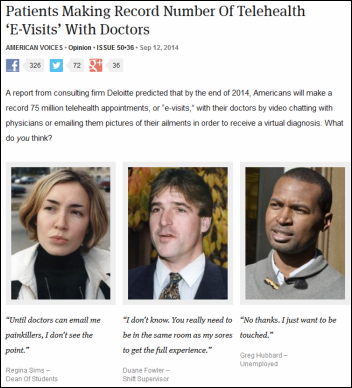 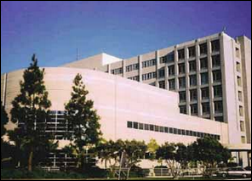 California HealthCare Foundation covers the Cerner implementation of Los Angeles County’s Department of Health Services, which will replace several siloed systems that require photocopying paper charts to transfer a patient from one of the county’s hospitals to another. Harbor-UCLA Medical Center goes live first on November 1. 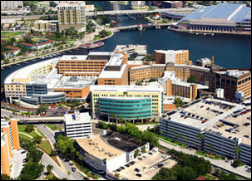 Tampa General Hospital (FL) fires an employee who it identified from audit logs as having printed the facesheets of several hundred surgery patients without authorization. 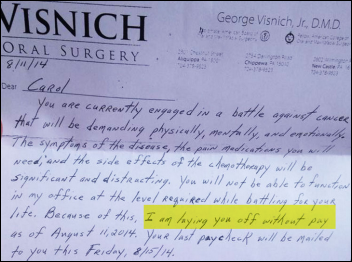 An oral surgeon in Pennsylvania creates a public outcry when he lays off an employee of 12 years because he says her cancer (ovaries, liver, and pancreas) will leave her unable “to function in my office at the level required while battling for your life.” The doctor claims his intentions were noble: he laid her off so she could collect unemployment during treatment, he says, after which time she’s welcome to come back to work.

A hospital in England bans use of the term “computer on wheels” or “CoW,” fearing that patients might be insulted in hearing a nurse ask a colleague to “bring that CoW over here.” They like “workstation on wheels” better. A cynical employee said patients weren’t the problem, but rather hospital executives tired of hearing employees complain that the computer system is a “right cow” to use.

Here’s another example, along with bathroom scales in the homes of obese people, that having health data is not the same as using it: McDonald’s admirably posts calorie counts for every menu item and offers low-calorie choices like salads, apple slices, yogurt parfaits, and bottled water, but nobody buys the healthy items – they’re lining up for 600-calorie milkshakes masquerading as coffee and the 1,200-calorie feed trough known as the Big Breakfast. It would be interesting to calculate the annual death toll from both kinds of malnutrition – over and under.